Through November and into the beginning of December the Society has been busy with lectures, book launches and the award of the Richard Burton Medal and the RAS Medal for 2019 (delayed due to Covid-19). We would like to apologise for the difficulties encountered by those wishing to join the events online. We have put in complaints to our provider which have not been met with satisfactory responses. We are therefore investigating alternative solutions. Meanwhile we hope that you are able to access some of these events via our YouTube platform.

On 8th November, Dr. Peter Alford Andrews and his wife Mügül Andrews were awarded the Society’s Richard Burton Memorial Medal for 2022, one of three recipients for this award in 2022.  They were nominated by Dr. Barbara Brend and supported by Professors Robert and Carole Hillenbrand and Dr. Yolande Crowe.  Dr. Andrews with the assistance of his wife, now sadly deceased, has spent his life studying the origins of the Eurasian tent. You can find an interview about their work in this former blog post and his lecture is available on YouTube.

On 10th of November we were delighted to welcome Professors Carole and Robert Hillenbrand to the Society for the belated awarding of 2019 Royal Asiatic Society Gold Medal.  After presentations of their medals by RAS president, Professor Sarah Ansari, both recipients lectured: Prof. Carole Hillenbrand on The Golden Age of the Turks? The Seljuqs in the World History of Rashid al-Din and Prof. Robert Hillenbrand on Ilkhanid Images of Majesty: the Seljuq monarchs in the World History of Rashid al-Din. Their talks can also be found on YouTube.

On 15th November, Moin Mir launched his latest novel entitled The Lost Fragrance of Infinity  which traces the 1739 journey of a craftsman, Qaraar Ali, from Delhi, through Central Asia and Persia, to Spain. Qaraar Ali finds hope in the sacred geometry of the Sufis as he attempts to rebuild his life. This is Moin Mir’s second book, the first being Surat: Fall of a Port, Rise of a Prince. 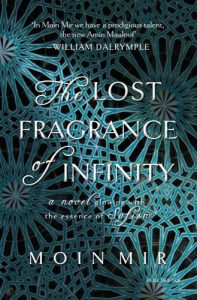 On 24th November we were pleased to host another book launch. Dr. Olly Akkerman of the Frei University of Berlin launched her book A Neo-Fatimid Treasury of Books: Arabic Manuscripts among the Alawi Bohras of South Asia published by Edinburgh University Press in conjunction with the Royal Asiatic Society. 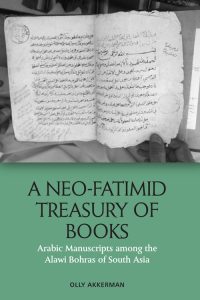 Her lecture was chaired by Professor Francis Robinson, Chair of the Monograph Board, and Dr. Sumaiya Hamdani, Associate Professor of History at George Mason University, acted as discussant.

On 29th November, Barbara Brend, Chair of Library Committee, lectured on her recent book, Treasures of Herat. She was joined by Ursula Sims-Williams, Lead Curator, Persian collections, British Library, and the evening was introduced and chaired by Dr. Melanie Gibson, Editor of the Gingko Library Art Series. In the  book, Barbara Brend provides an account of two very beautiful manuscripts housed in the British Library (Or.6810 and Add.25900). Both are copies of the Khamsah, a set of five poems by the Twelfth-century poet, Nizami, one of the most renowned authors of Persian literature.

Although well known, the manuscripts have never before been written about in relation to each other. Barbara Brend tells the story of each poem and the painting that illustrates it, and she formally analyses the images, placing them in their historical and artistic context. The images from both highly-prized manuscripts are beautifully reproduced in colour, and the collected history of one of the manuscripts—recorded in the form of seal impressions and inscriptions—is also included. Within the book Ursula Sims-Williams provides a translation and commentary of these important marks of ownership which identify the Mughal rulers Akbar, Jahangir, Shah Jahan, and Aurangzeb. 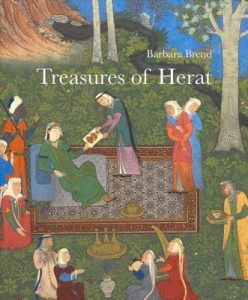 The beginning of December was marked with another book launch. Dr Edward Weech, the Society’s Librarian, launched Chinese Dreams in Romantic England: The Life and Times of Thomas Manning, published by Manchester University Press. A full room listened to an introduction by Professor Tim Barrett, followed by Edward giving some of the highlights from his research undertaken in producing the book.

More details of that story can be found in Edward’s previous blog post, but with Christmas coming soon, readers of the blog may be interested to learn that the book is currently available in the publisher’s Christmas sale for £15 (40% off) until 17 December.

And finally, last but certainly not least, we are delighted to announce the winner of this year’s Bayly prize, awarded in memory of Professor Sir Christopher Bayly’s contribution to the study of world history, for a distinguished dissertation on an Asian topic that would fall within the scope of the Journal of the Royal Asiatic Society or of Modern Asian Studies, and which has been approved for the PhD degree by a British university either in the previous calendar year or since the Prize was last awarded.

The winner of the Bayly Prize for 2022 is Dr. Sonia Wigh (Exeter) for her thesis entitled The Body of Words: A social history of sex and the body in early modern South Asia. The Society would like to thank everyone involved in making the Bayly Prize such a success – the patrons, judges, referees and, above all, the applicants.

Sonia Wigh recently concluded a short post-doctoral fellowship at the Institute of Advanced Studies in the Humanities, University of Edinburgh. She received her doctorate from the Department of History, University of Exeter, for her dissertation, ‘The Body of Words: A Social History of Sex and the Body in Early Modern South Asia’. Her research focused on the history of sexuality, medicine, and body in early modern South Asia. While at Exeter, she taught the FLC Hindi/Urdu course. She has previously taught at Hindu College, University of Delhi. She is currently an Editorial Assistant at Osiris (History of Science Society journal), and has occupied key editorial positions in Ex-Historia (PGR-run journal at Exeter) and Studies in History (Sage Publications). Her current interest includes issues of histories of medicine, multilingualism, body in art, and the art of translation.

After submitting his thesis, Taushif began a Postdoctoral Fellowship at the Centre of Islamic Studies at the University of Cambridge. As part of this Fellowship, he had the opportunity to co-curate an exhibition at the Aga Khan Centre in London about the life and work Wladimir Ivanow, a Russian scholar of Ismaili history and thought, entitled Wladimir Ivanow and modern Ismaili Studies. Earlier this academic year he joined the Department of Theology and Religious Studies at King’s College London as a Lecturer in Modern Islam. In addition to converting his thesis into a monograph for publication, he is now working on a new research project tentatively titled The Venture of Islamic Studies. This new project explores the uneven disciplinary transition from orientalism to ‘Islamic Studies’ in the twentieth century from the vantage point of the post-colonial state. It traces the discipline’s emergence out of state-sponsored institutions in both Pakistan and Indonesia, usually under conditions of suspended democracy.

The other shortlisted finalists were:

The award ceremony will be held on the 19th January 2023 at the Society’s premises.