Click here to see the online calendar of events.

Please check the starting times for lectures and events as they do vary. There is no charge for our regular lectures, and because of Covid, all lectures are being held on Zoom. Podcast recordings of most lectures can be found here and most of our Zoom events are uploaded to our YouTube channel which you can find here.

If you would like to attend any of these events, please contact Matty Bradley by e-mail:  mb@royalasiaticsociety.org and the Zoom link and password will be provided. Please note the number of attendees is limited so early registration is advised. 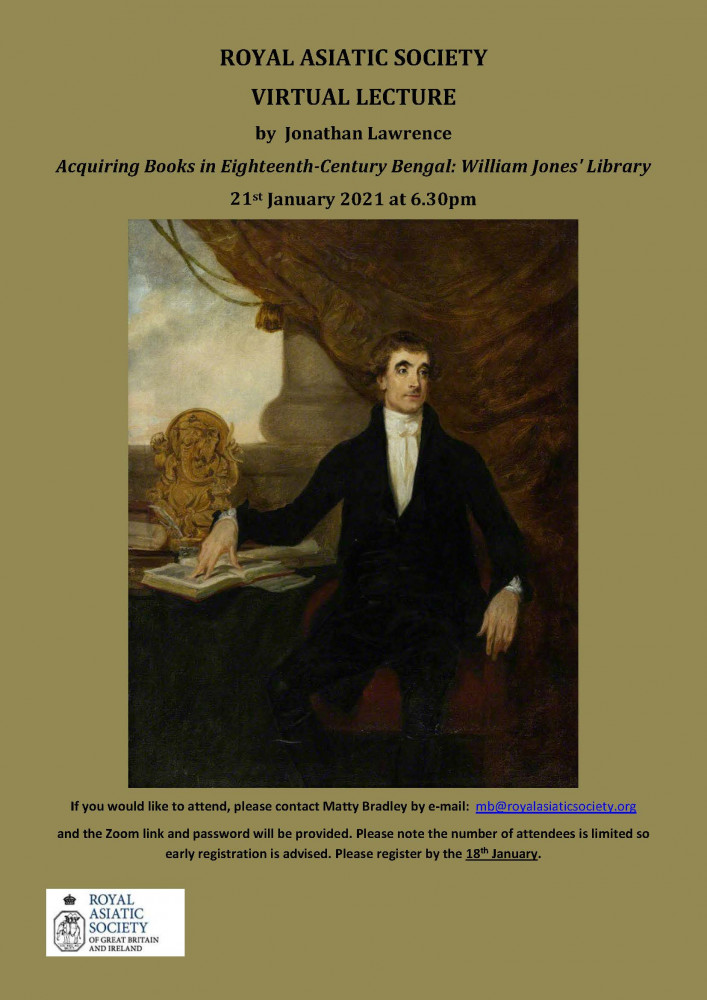 This book analyses the emerging trend of Muslim-minority politics in India and illustrates that a fundamental shift has occurred over the last 20 years from an identity-dominated, self-serving and inward-looking approach by Muslim community leaders, Islamic authorities and social activists that seeks to protect Islamic law and culture, towards an inclusive debate centred on socio-economic marginalisation and minority empowerment.

The book focuses on Muslim activists, and members and affiliates of the Popular Front of India (PFI), a growing Muslim-minority and youth movement. Drawing on qualitative fieldwork undertaken since 2011, the author analyses recent literature on Muslim citizenship politics and the growing involvement of Islamist organisations and movements in the democratic process and electoral politics to demonstrate that religious groups play a role in politics, development, and policy making, which is often ignored within political theory. The book suggests that further scrutiny is needed of the assumption that Muslim politics and Islamic movements are incompatible with the democratic political framework of the modern nation state in India and elsewhere.

Contributing to a more nuanced understanding of how Islamic movements utilise various spiritual, organisational and material resources and strategies for collective action, community development and democratic engagement, the book will be of interest to academics in the field of political Islam, South Asian studies, sociology of religion and development studies.

Arndt Emmerich a Political Sociologist, is a Research Fellow at the Max Planck Institute for the Study of Religious and Ethnic Diversity in Göttingen, Germany. He is also Research Associate in the Oxford Department of International Development at the University of Oxford, UK.

The History of British Diplomacy in Pakistan

This book is the first account of the British diplomatic mission in Pakistan from its foundation at the end of the Raj in 1947 to the ‘War on Terror’.

Drawing on original documents and interviews with participants, this book highlights key events and personalities as well as the influence and perspectives of individual diplomats previously not explored. The book demonstrates that the period witnessed immense changes in Britain’s standing in the world and in the international history of South Asia to show that Britain maintained a diplomatic influence out of proportion to its economic and military strength. The author suggests that Britain’s impact stemmed from colonial era ties of influence with bureaucrats, politicians and army heads which were sustained by the growth of a Pakistani Diaspora in Britain. Additionally, the book illustrates that America’s relationship with Pakistan was transactional as opposed to Britain’s, which was based on ties of sentiment as, from the mid-1950s, the United States was more able than Britain to give Pakistan the financial, military and diplomatic support it desired.

A unique and timely analysis of the British diplomatic mission in Pakistan in the decades after independence, this book will be of interest to academics working in the fields of South Asian History and Politics, International Relations, British and American Diplomacy and Security Studies, Cold War Politics and History and Area Studies.

Professor Ian Talbot is a Professor in History of Modern South Asia at the University of Southampton. 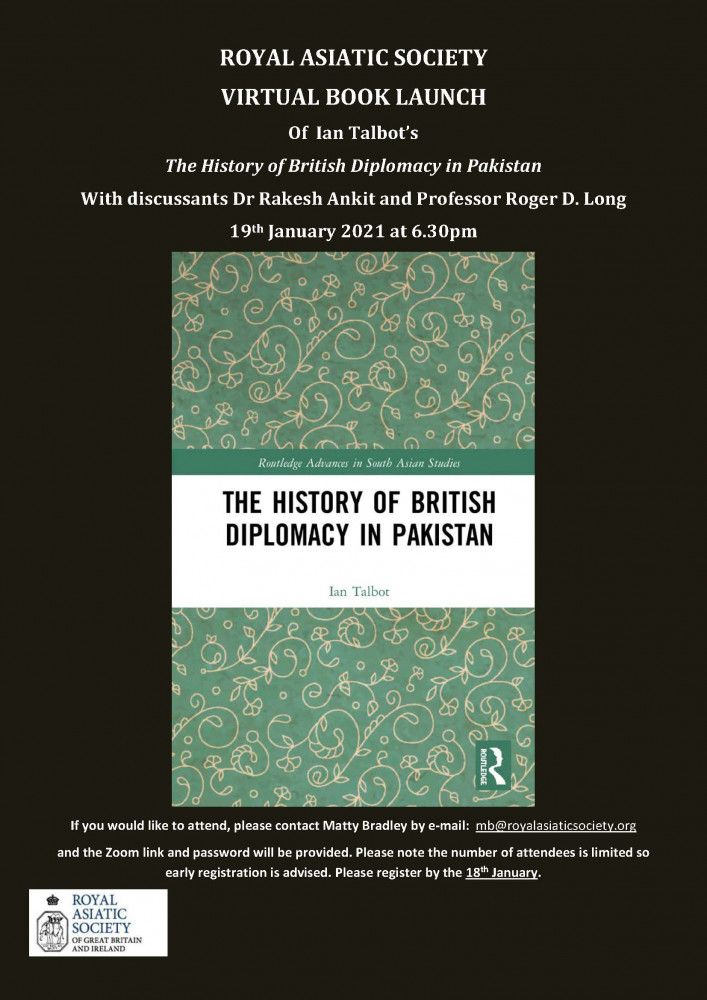