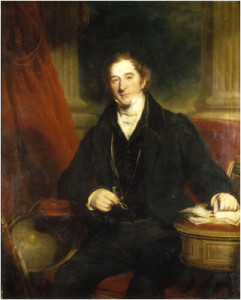 The Sir George Staunton Prize
The Royal Asiatic Society organises a prize for articles produced by young scholars working on topics related to the history, archaeology, literature, language, religion, anthropology and art of Asia. Our definition of a ‘young scholar’ is someone in the process of completing their PhD, or someone who has been awarded their doctorate within the last five years.

The focus is not limited to any specific region within Asia, or to any particular discipline, thus reflecting the broad remit of the Society’s activities and interests. Award winning submissions will be published in the Society’s peer-reviewed Journal of the Royal Asiatic Society. No rigid limit is imposed on the length of the contribution but it should be appreciated that the most suitable length is c. 6,000 words.

Scholars are invited to submit papers for the New Barwis-Holliday Award. Submissions should be new unpublished research on any of the following subjects; anthropology, art, history, literature or religion of any part of East Asia. East Asia is defined as being Japan, China, Korea and the eastern-most regions of the former Soviet Union. The winning article will be published in the Journal, as will all short-listed entries. The author of the winning entry will also receive a £250 cash prize.

No rigid limit is imposed on the length of a submission, although 6,000 words is deemed to be a comfortable length. Papers should be emailed in word.doc form accompanied by a pdf and clearly marked as a Barwis-Holliday submission to cdb@royalasiaticsociety.org.

This award is made every three years, in recognition of outstanding contribution to scholarship in the field of Asian Studies. It has replaced the RAS Gold Medal which was last awarded in 1990. The first recipient of the award was John Gullick in 2001, a noted scholar of the Malay world. Other recipients include Professor Edmund Bosworth in 2003, Professor Christopher Shackle in 2006, Professor Sir Christopher Bayly in 2009, and Dr Bridget Allchin and Professor David Bivar in 2014.

Sir Richard Burton was one of the Society’s most famous and adventurous members. The award was established in 1923, in conjunction with the Richard Burton Memorial Lecture Programme, which was set up a few years before to mark the 100th anniversary of Burton’s birth. The person who receives the award is also expected to deliver the lecture, on Burton, his travels, or some related topic. Well-known scholars and travellers who have received the award include Freya Stark (1934) and Wilfred Thesiger (1966). It was awarded to Simon Digby in 1999, Professor David Snellgrove in 2004, Ralph Pinder Wilson in 2009 and Professor Caroline Humphrey in 2014.

This award was inaugurated in 1993 by Professor Denis Sinor, specifically to honour scholars in the field of Inner Asian Studies. It was awarded in 2001 to Academician Sh. Bira for his outstanding work on Mongolia and Inner Asian historiography. Previous recipients were Professor Sir Harold Bailey in 1993 and Professor Karl Jettmar in 1998. It was awarded in 2007 to Dr Igor de Rachewiltz and Professor Nicholas Sims Williams in 2015.