Recently published as part of the RAS book series, Dr Bartos’ book Modern Transnational Yoga investigates the social organisation of modern yoga practice and analyses why certain styles have transcended geographical borders and endured whilst others dwindle and fail. Dr Bartos will give a lecture at the Society on the 23rd June and has kindly written a blog post introducing some of the themes of her work.

The ubiquity of yoga classes today and the embrace of posture practice as a mainstream activity in a wide variety of cultural contexts can be traced back to its popularisation during the 20th century by a handful of Indian yogis. Indeed, the shape of the field of modern yoga practice is the product of pioneering work by monks (saṃnyāsin) as well as householders or lay-persons (gṛhastha), most of whom travelled widely to disseminate their teachings to new audiences.

Their collective success in popularising yoga beyond India’s borders and diasporic communities was predicated not just on their personal charisma or the novelty of their teachings but very much on their entrepreneurial skill and zeal. Notably, their specific packaging and reformulation of inherited teachings, production of accessible texts on how to practice and, crucially, their advancement of training courses to regularise teaching standards. 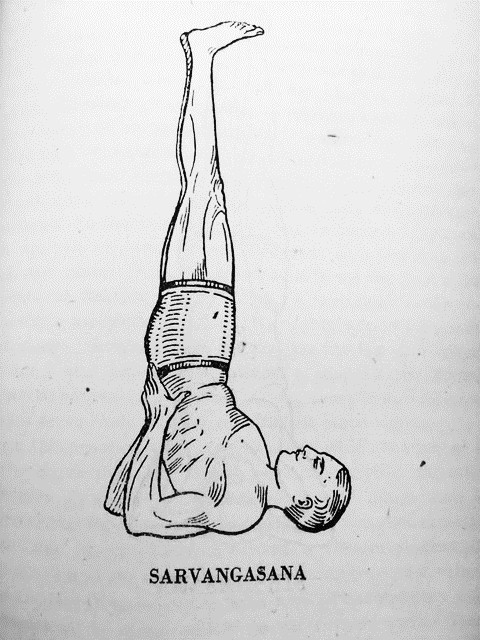 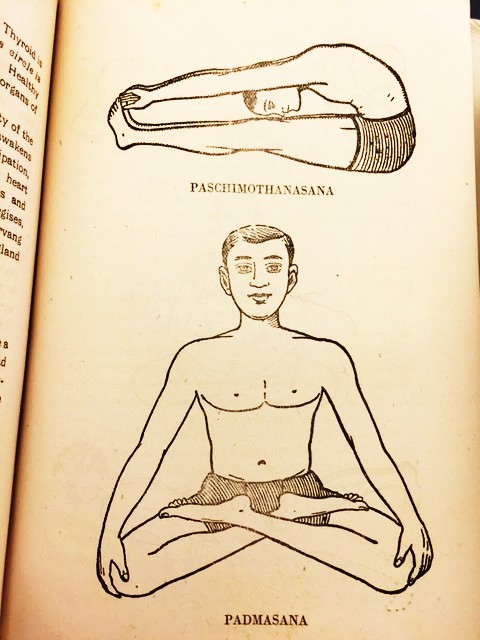 Of all the figures that I have studied as part of my doctoral research into the transnational spread of yoga practice in the 20th century, I find one of the most intriguing to be the case of Kuppuswarmy Iyer (1887-1963), known more famously as Sivananda Saraswati. Initiated into the monastic order of the Daśanāmīs in 1924, Sivananda proved adept at attracting educated individuals into his orbit and went on to build an influential yoga and Vedanta organisation (The Divine Life Society) headquartered in Rishikesh, with branches around the world. 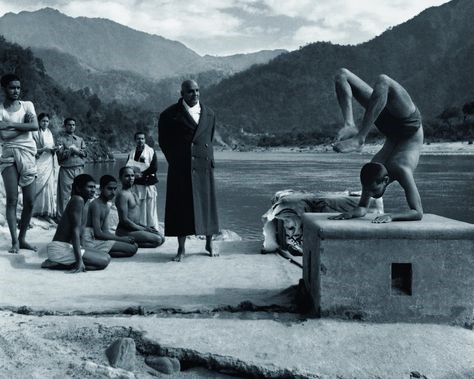 Sivananda by the Ganges watching his student, Vishnudevananda (1940s)

What makes Sivananda particularly intriguing is that after taking up teaching he never left the shores of India but still became world-renowned. He managed to generate significant momentum abroad through the publication of over 300 books and fervent letter writing campaigns, almost bankrupting his organisation due to the financial burden brought by international postage costs.

Yet, whilst on the cusp of global fame, Sivananda elected to cancel his fully planned ‘World Tour’ in the mid-1950s. Proving to be a watershed moment, the influence of Sivananda’s teachings was realised primarily by his cohort of disciples who were sent out to all corners of the world as ‘divine emissaries’ in his place.

Though Sivananda was not able to fully realise his vision of a ‘world-wide revival of spirituality’ – partly due to ill health – a seminal contribution was his recruitment and tutelage of those who become some of the most influential yogis in the history of modern yoga. This included a rather flamboyant disciple – ‘flying’ guru Vishnudevananda Saraswati (1927-1993) – whose development of systematised training courses led his yoga organisation to certify over 50,000 yoga teachers; by far the most yoga teachers trained by any institution worldwide. 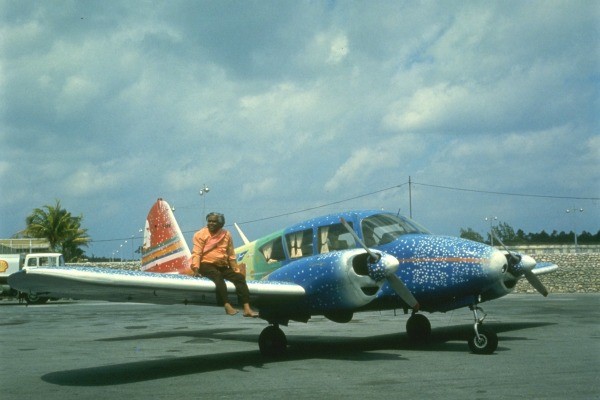 Arguably, the most widely recognised legacy of Sivananda is his contribution to laying the groundwork for the globalisation of practice that largely occurred in the late 20th century. A frequently overlooked aspect of the history of yoga practice is that popularisation was partly attributable to the early example of organisation that Sivananda advocated. That is, to focus on teaching asanas to householders, to strongly market and widely communicate a standardised yoga practice, to establish new centres specifically for this purpose, to delegate authority to others to further transmission and, crucially, to encourage their own students to do the same.

In my recent monograph, Modern Transnational Yoga, I examine the story of Sivananda and his disciples along with other key protagonists in the transmission of posture practice, including B.K.S. Iyengar, Professor T. Krishnamacharya, T.K.V. Desikachar, Pattabhi Jois and their respective families and yoga organisations. Based largely on archival research and over 30 fieldwork interviews, the text offers valuable insights, particularly for those with an interest in Yoga Studies, Religious Studies, Hindu Studies, South Asian History, Sociology and Organisational Studies.

Link to the publisher’s page:

Last night the Society welcomed Dr Mallika Leuzinger who gave a hybrid talk entitled Amateur photography in and beyond twentieth-century India. The talk was based on her doctoral thesis, for which she won the 2021 Bayly Prize held at the Society last year. Dr Leuzinger’s talk focussed on emerging groups of ‘amateur’ photographers in a newly independent India. 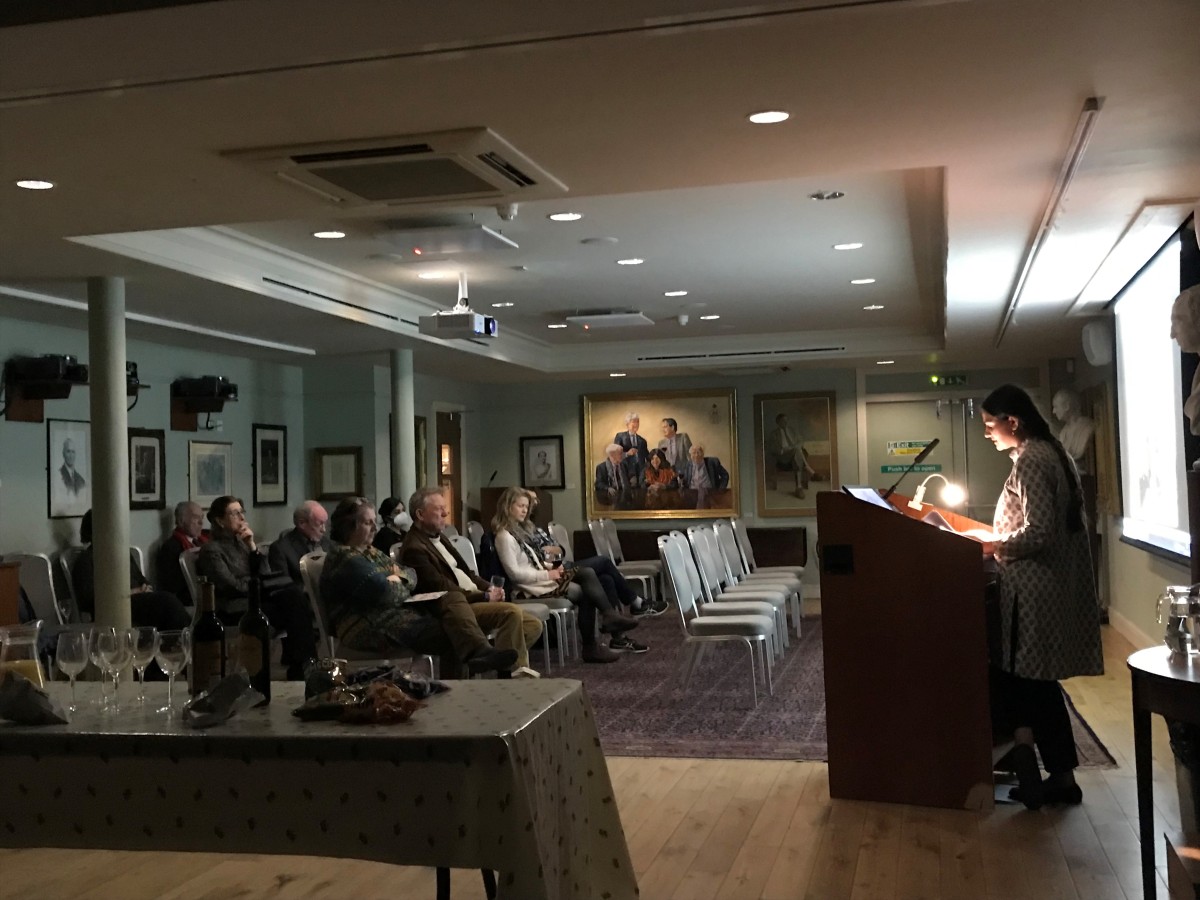 Including images from twin photographers Debalina Majumdar and Manobina Roy, the talk drew together an exploration of the confrontations and convergences of gender, race, class, family and nation as seen through the lens of ‘amateurism’. Dr Leuzinger is currently working on her first book, based on this research, which will be entitled Dwelling in Photography: Intimacy, Amateurism and the Camera in South Asia.