On Thursday 12th November we welcome Dr Ben Outhwaite from the University of Cambridge for the next lecture of the RAS 2015-16 Lecture Series. Dr Outhwaite will speak on “Lewis, Gibson and the Discovery of the Cairo Genizah” and we look forward to hearing what he has to say on this subject. The Cairo Genizah is a collection of approximately 300,000 Jewish manuscripts found in the storeroom (genizah) of the Ben Ezra Synagogue in Fustat (Old Cairo), Egypt. They outline a 1,000-year continuum (870 CE to 19th century) of Jewish Middle-Eastern and North African history and comprise the largest and most diverse collection of medieval manuscripts in the world. 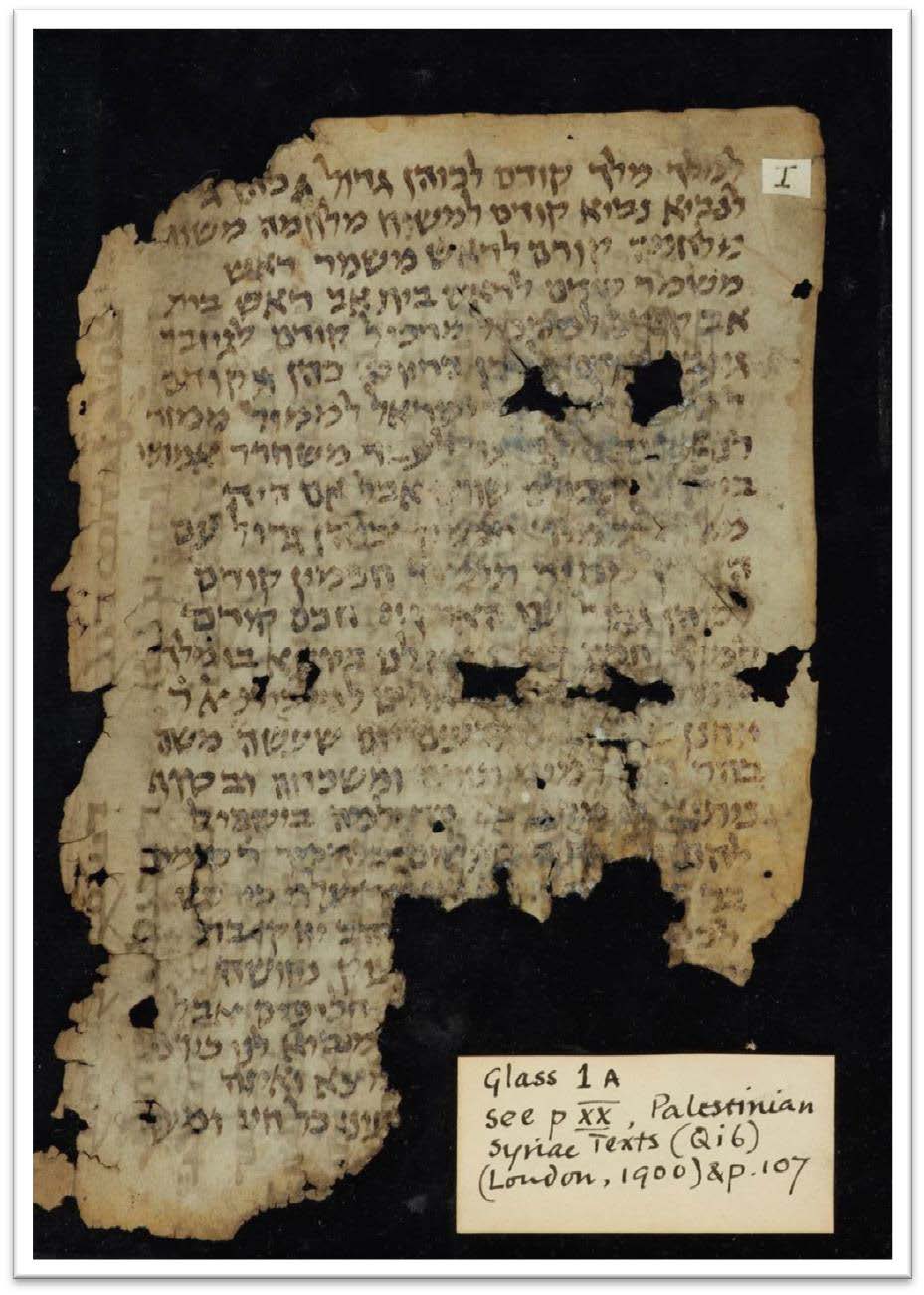 Whenever somebody is coming to lecture at the RAS, it always makes me wonder whether we hold any allied material in our collections. Unfortunately we only have some books about the Genizah manuscripts and nothing about the Ben Ezra Synagogue. However when I widened my search to other Egyptian items, I discovered we have a set of albumen prints of the Nasir Mosque in Cairo dating to the 1890s. 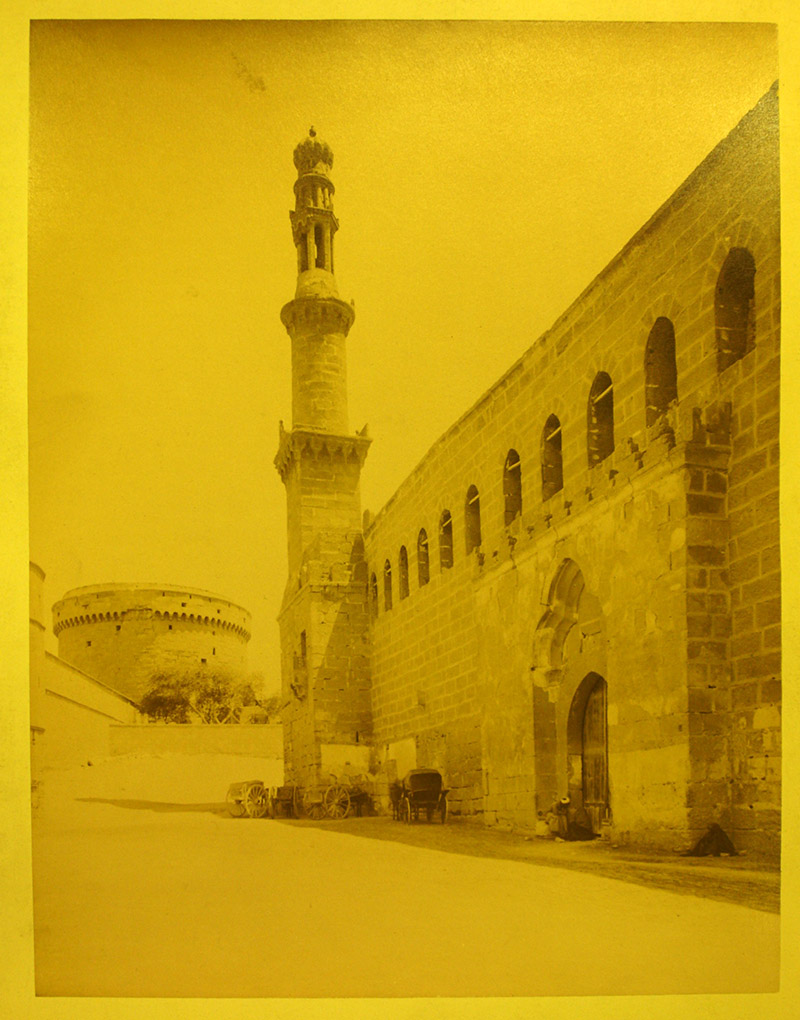 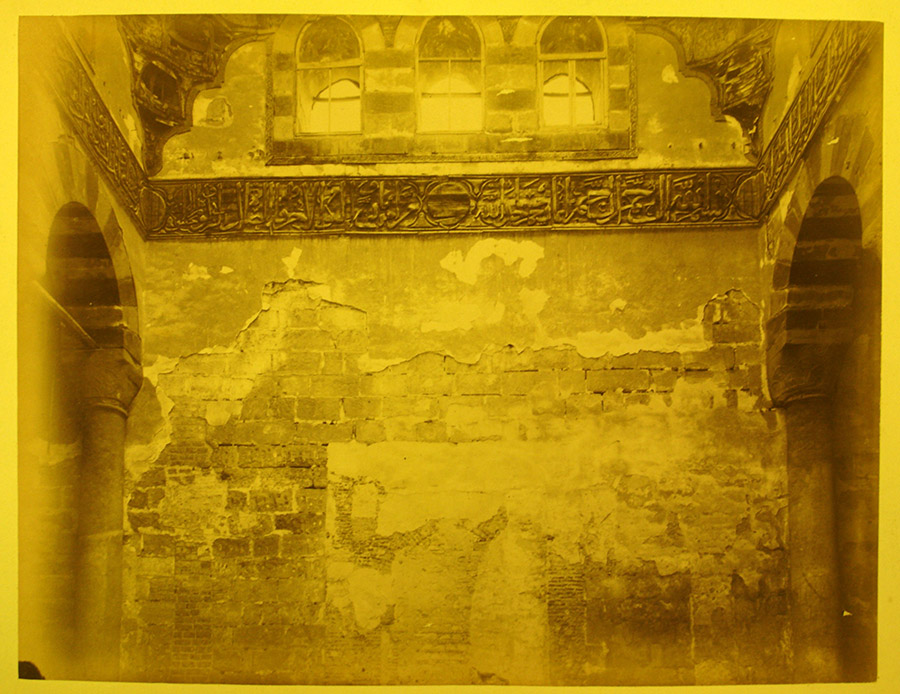 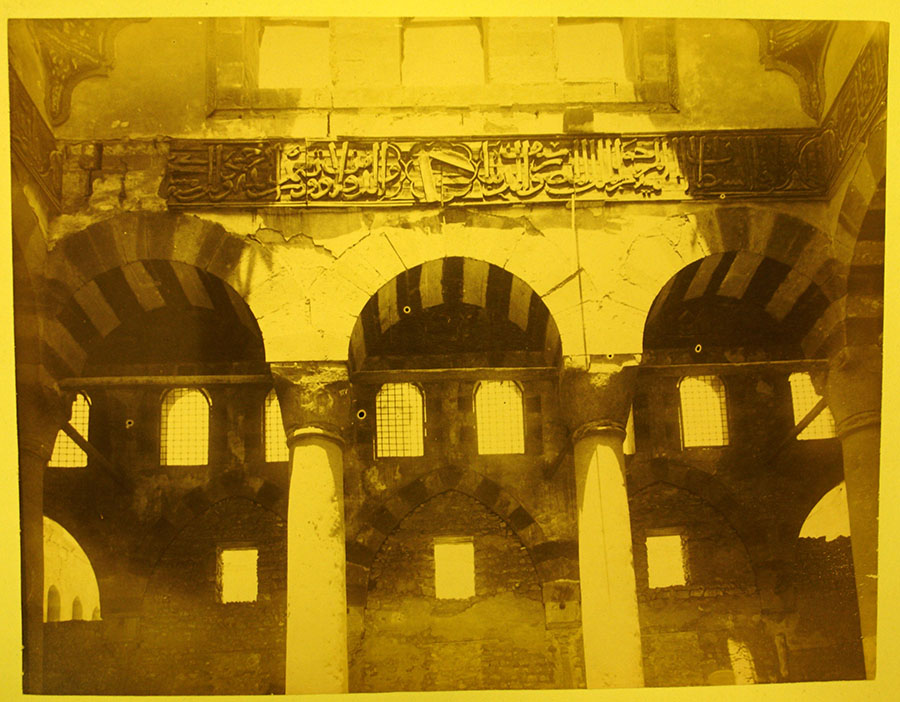 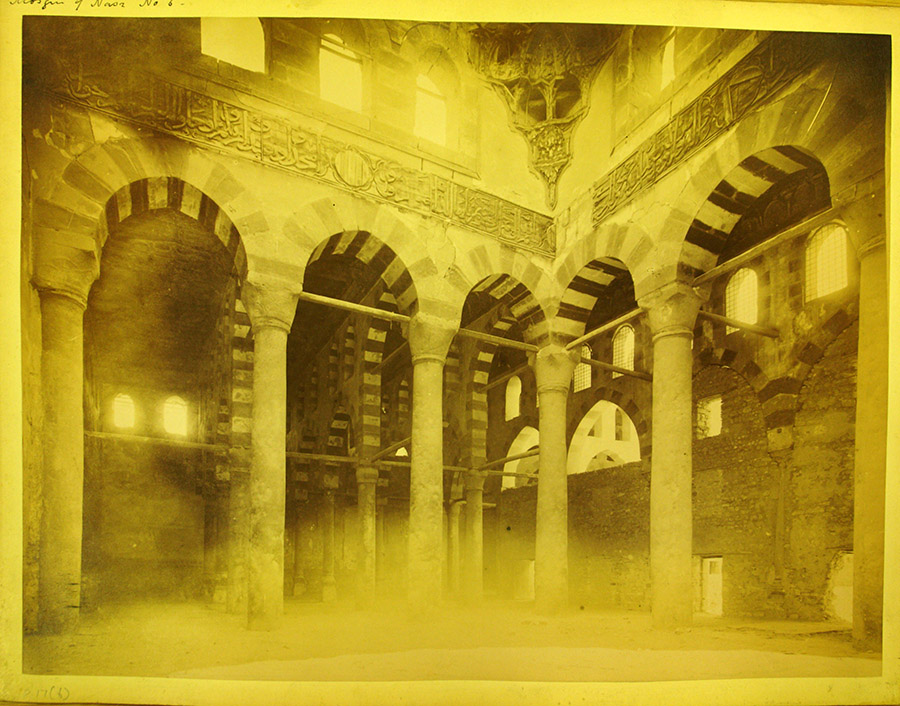 With these photographs is an architectural plan and elevations of sections of the building drawn by Major C.M. Watson of the Royal Engineers. Charles Moore Watson (1844-1916) spent a considerable amount of time in Egypt, including being involved in mapping the Nile with W H Chippendall, and, as a Captain, he was part of the British Expedition to Egypt in 1882. It also seems that Watson was part of the team that established the first military ballooning school at Woolwich, working alongside J L B Templer. 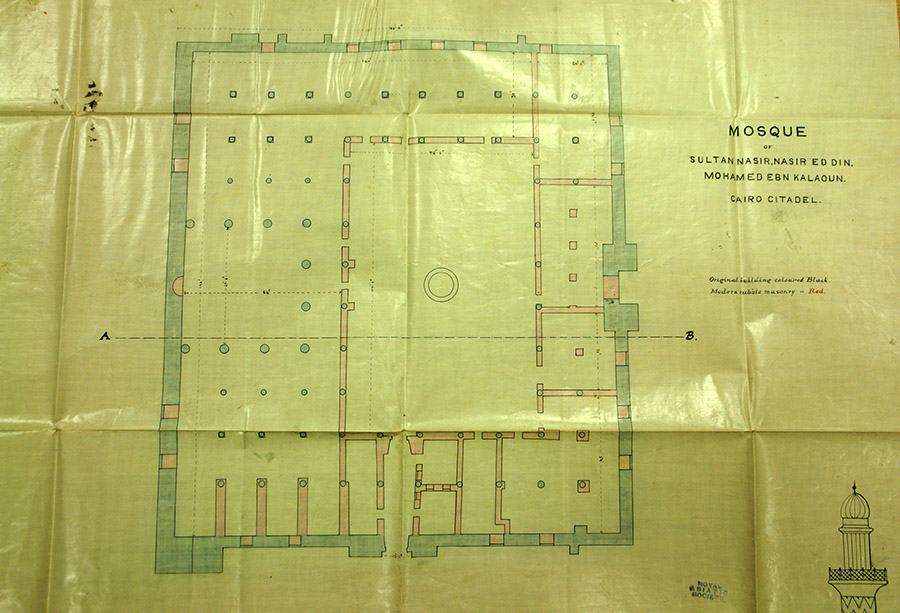 Those with eagle eyes will have noticed on the photograph of the plan, it is placed next to a book – a very large book – measuring 63cm x 37cm! This book and its companion volume are two of the largest books in our collection. They are volumes I & II of Roberts’ Sketches of Egypt and Nubia dedicated to “His Majesty Louis-Philippe, King of the French”. 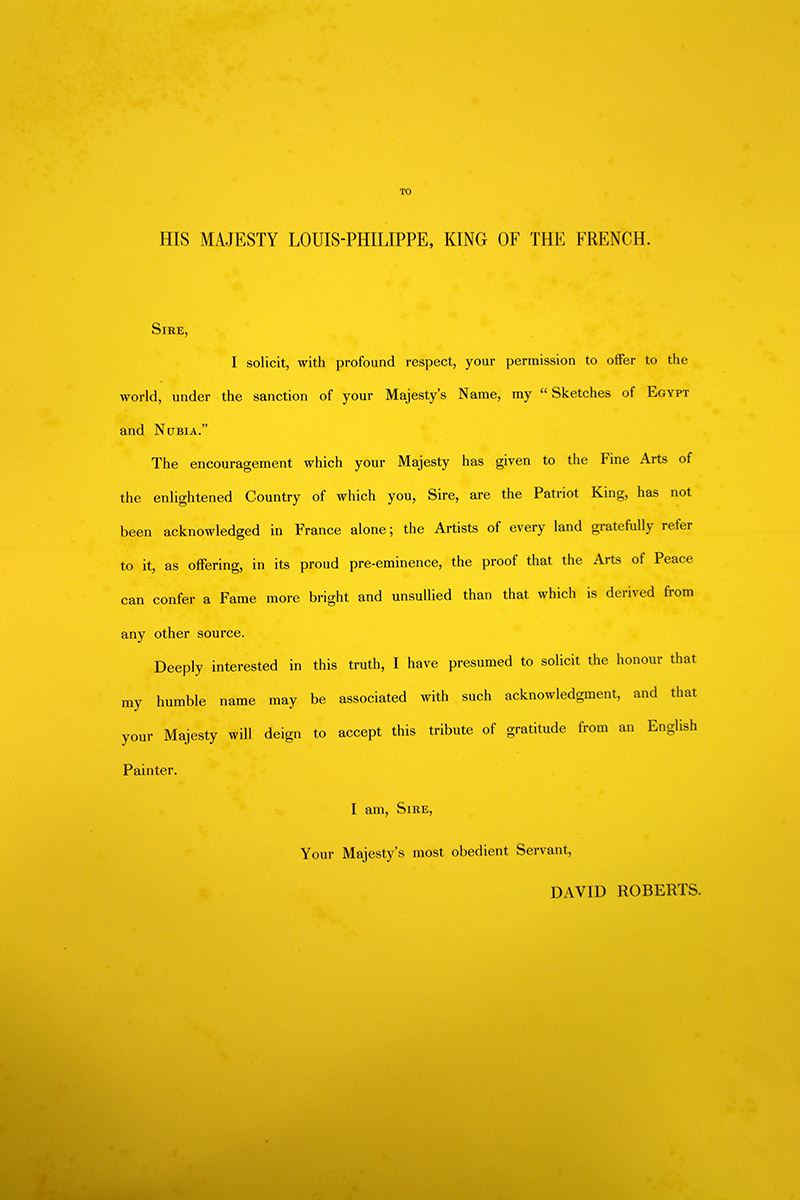 David Roberts RA (24 October 1796 – 25 November 1864) was a Scottish painter. He is especially known for a prolific series of detailed lithograph prints of Egypt and the Near East that he produced from sketches he made during long tours of the region (1838–1840).  He was elected as a Royal Academician in 1841.These books date from 1846: 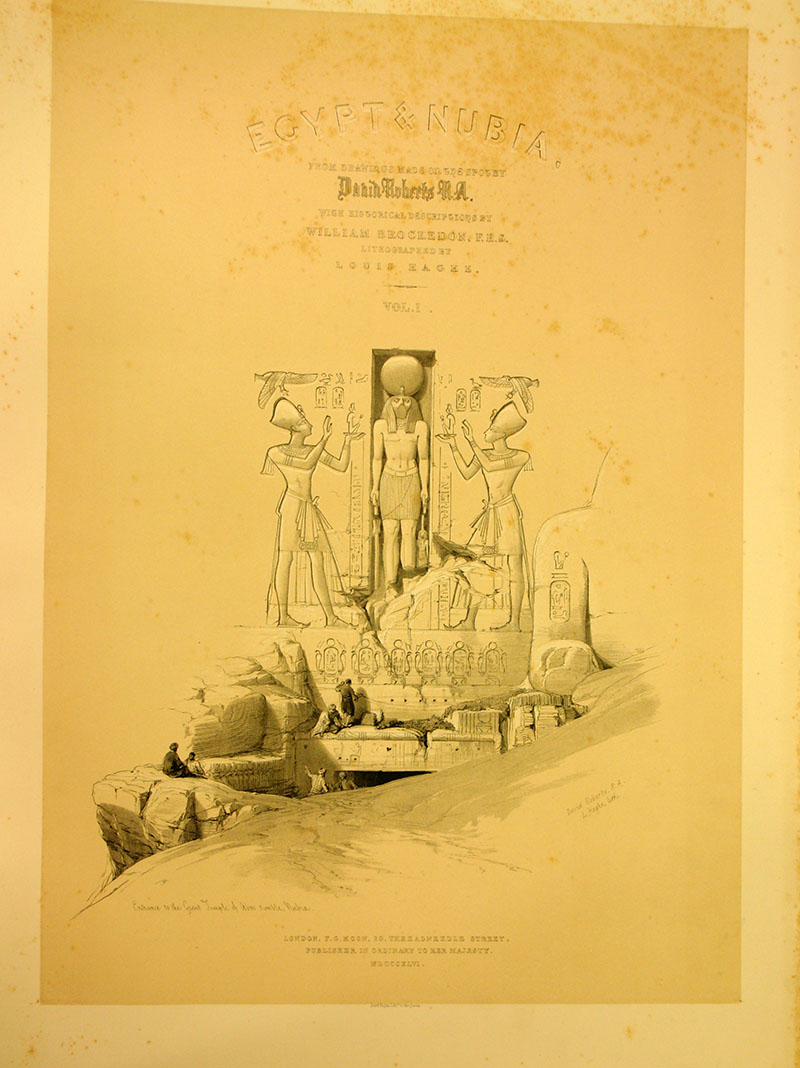 And within them are pictures and text concerning many of the monuments to be found in Egypt and Nubia (Southern Egypt, Northern Sudan). Here are a selection: 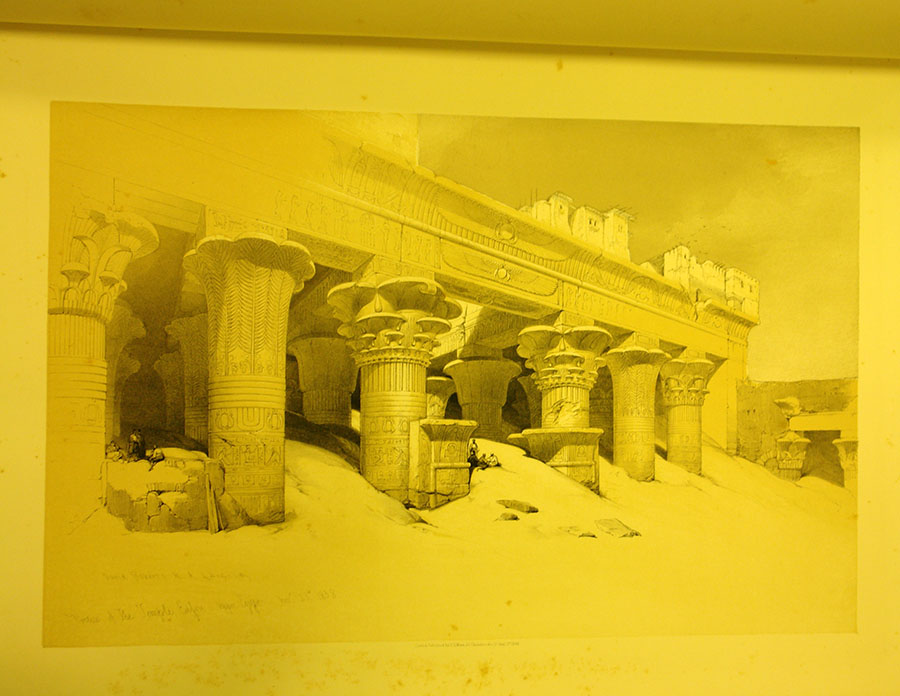 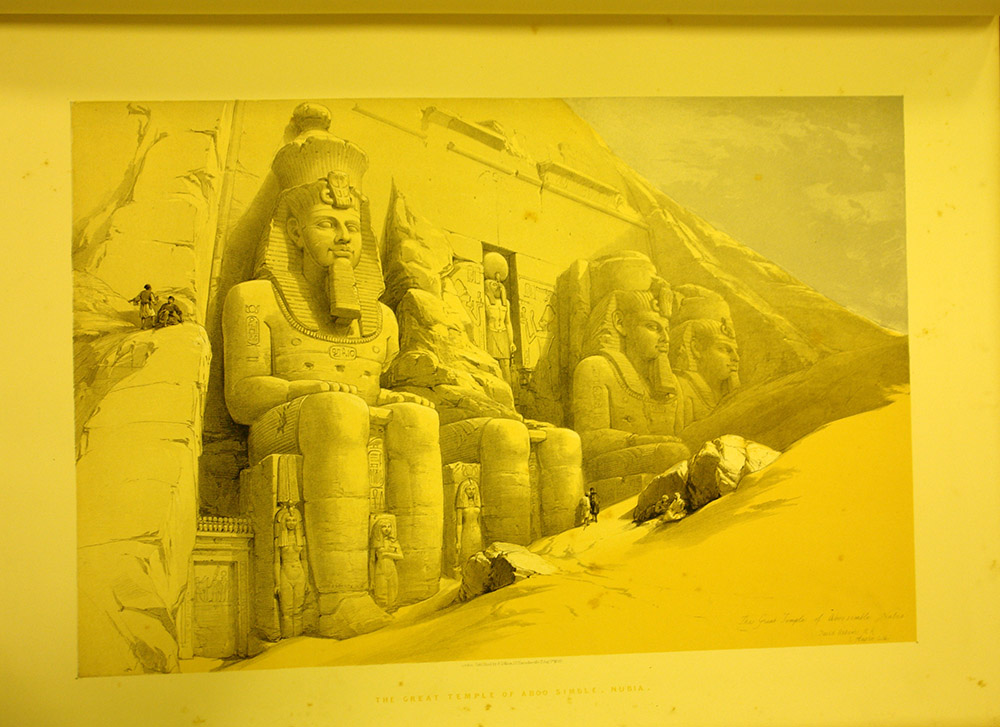 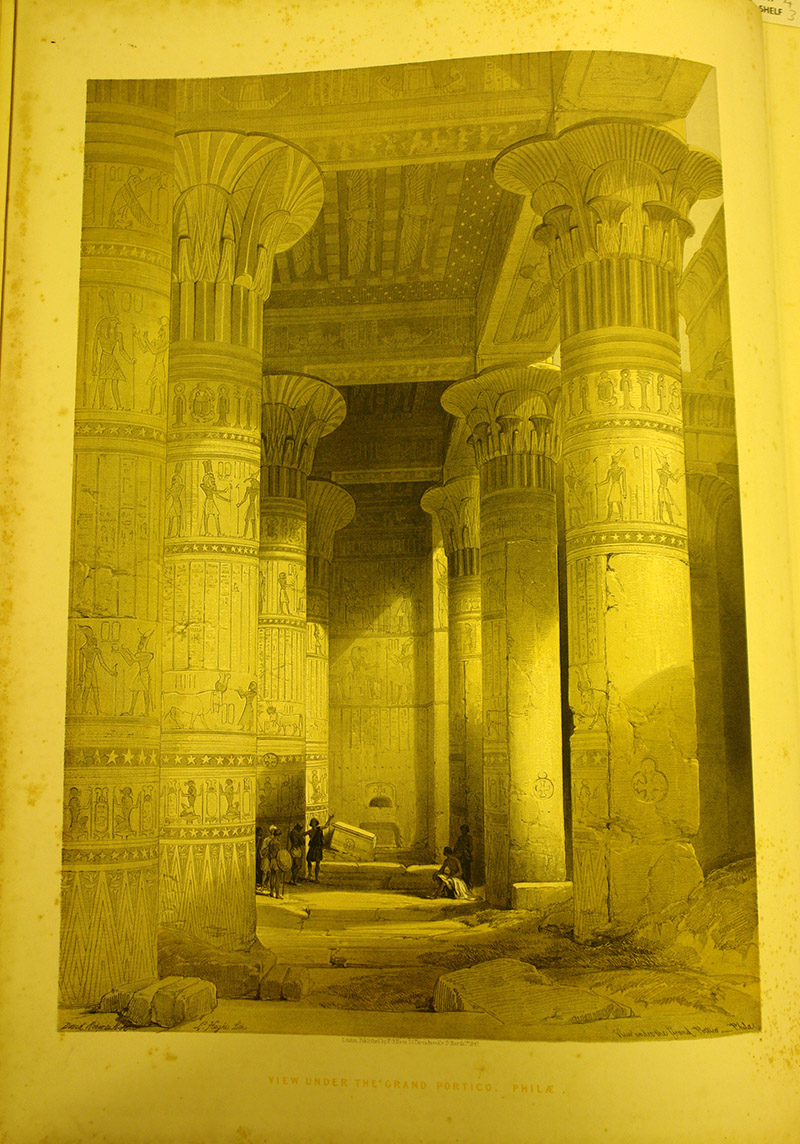 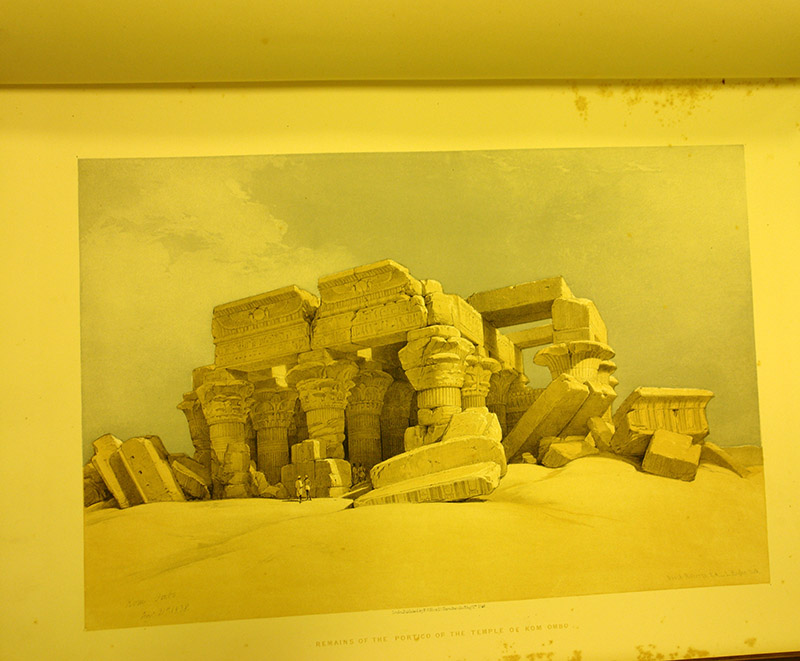 So, this is just a glimpse of some of our collections concerning Egypt. If you would like to find out more, please contact me, Nancy Charley, Archivist, at nc@t-creative.com. Meanwhile we hope to welcome you to Ben Outhwaite’s lecture on Thursday 12th November commencing at 6pm.