Urbanisation is rapidly changing the geographic and social landscape of India, and indeed Asia as a whole. Issues of collective violence, urban poverty and discrimination become crucial factors in the redefinition of citizenship not only in legal terms, but also in a cultural and socio-economic dimension. While Indian cities are becoming the centres of a culture of exclusion against vulnerable social groups, a long-term perspective is essential to understand the patterns that shaped the space, politics, economy and culture of contemporary metropolises.

This book takes a critical, longer-term view of India’s economic transition. The idea that urban growth goes hand in hand with the modernisation of the country does not account for the fact that increasingly higher portions of the urban population are comprised of lower-income groups, casual labourers and slum dwellers. Using the case study of Ahmedabad, this book investigates the history of city and of its people over the twentieth century. It analyses the contrasting relationship between urban authorities and the inhabitants of Ahmedabad and examines instances of antagonism and negotiation – amongst people, groups and between the people and the public authority – that have continuously shaped, transformed and redefined life in the city.

This book offers an important tool for understanding the bigger context of the conflicts, the social and cultural issues that accompanied the broader process of urbanisation in contemporary India. It will be of interest to scholars of Urban History, studies of collective violence and South Asian Studies. 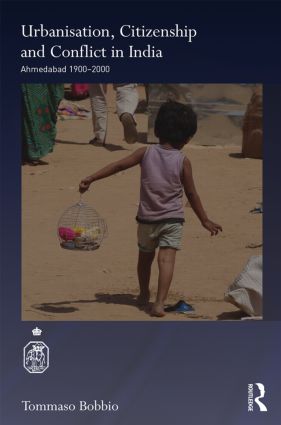