Islamic Movements in India: Moderation and its Discontents

Forthcoming Books from the Ibrahim Pasha of Egypt Fund:

The following titles have recently been published by the Royal Asiatic Society:

This book analyses the emerging trend of Muslim-minority politics in India and illustrates that a fundamental shift has occurred over the last 20 years from an identity-dominated, self-serving and inward-looking approach by Muslim community leaders, Islamic authorities and social activists that seeks to protect Islamic law and culture, towards an inclusive debate centred on socio-economic marginalisation and minority empowerment.

The book focuses on Muslim activists, and members and affiliates of the Popular Front of India (PFI), a growing Muslim-minority and youth movement. Drawing on qualitative fieldwork undertaken since 2011, the author analyses recent literature on Muslim citizenship politics and the growing involvement of Islamist organisations and movements in the democratic process and electoral politics to demonstrate that religious groups play a role in politics, development, and policy making, which is often ignored within political theory. The book suggests that further scrutiny is needed of the assumption that Muslim politics and Islamic movements are incompatible with the democratic political framework of the modern nation state in India and elsewhere.

Contributing to a more nuanced understanding of how Islamic movements utilise various spiritual, organisational and material resources and strategies for collective action, community development and democratic engagement, the book will be of interest to academics in the field of political Islam, South Asian studies, sociology of religion and development studies.

Reviews
This is the first scholarly analysis of the Popular Front of India, one of several new Muslim organisations which emerged during the 1990s with the rise of Hindu nationalism and the violence following the destruction of the Babri Masjid. Emmerich presents the Front as being driven by Middle Class Muslims from south India, and in the process offers important insights into Indo-Muslim politics in the age of BJP dominance.

Islamic Movements in India by Arndt Emmerich is a result of solid ethnographic research and a useful contribution in the area of South Asian politics. This is a first scholarly book-length study on the Popular Front of India. He has engaged with the existing literature in the field in a stimulating manner along with a focused analysis of a particular political articulation among a section of Indian Muslims. His writing style is lucid, readable and accessible. In the context of a growing and global interest in the Islamist movements, the book is topical. A fine achievement.

Maidul Islam, Centre for Studies in Social Sciences, Calcutta and author of Limits of Islamism (2015) and Indian Muslim(s) after Liberalization (2019)

At a time when populism as a genre of fascism is pervasive, Arndt Emmerich has produced one of the finest works of scholarship in political sociology that unsettles Islamophobia and offers an arresting, anti-alarmist account of Popular Front of India – a justice-inspired, inclusion-oriented movement in contemporary India.

Irfan Ahmad, author of “Religion as Critique: Islamic Critical Thinking from Mecca to the Marketplace” (2017)

Arndt Emmerich’s study of the Popular Front of India (PFI) presents a unique insight into the political aspirations and strategies of the leaders of one of the most visible Muslim political movements in contemporary India. The case study also gives us deep insight into the everyday realities of Indian Muslims who feel marginalised by the prevailing system, and who count themselves among the followers of the PFI. Arndt has the ability to help us relate to the deeply emotive experiences of his respondents, while retaining scholarly neutrality. It is one of the most insightful books to be published on Muslim politics in India in recent years.

Looking at the hoary subject of religious relations in a highly original way, Emmerich shows how new forms of Muslim but also Hindu politics are linked to the emergence of equally new middle classes in post-liberalisation India. Defined by migration either to Mumbai or the Gulf and the creation of a remittance economy, these groups operate as social movements and NGOs. Dispensing aid and services while seeking to mobilise their working-class coreligionists into an anti-clerical and anti-traditionalist form of religious identity, they have remade Muslim society across southern India. 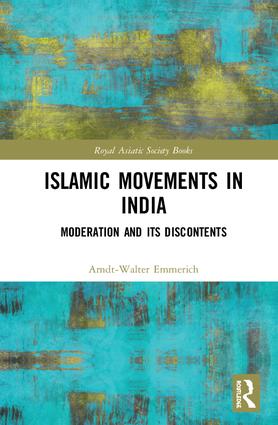