Ottoman Explorations of the Nile

Books Published by the Ibrahim Pasha of Egypt Fund:

Ottoman Explorations of the Nile: Evliya Çelebi’s ‘Matchless Pearl These Reports of the Nile’ map and his accounts of the Nile and the Horn of Africa in The Book of Travels
Robert Dankoff, Nuran Tezcan, Michael Sheridan (Gingko, 2018)
ISBN 9781909942165

The most ambitious effort, before the time of Napoleon, to explore and map out the Nile was undertaken by the Ottomans, as attested by two monumental documents: an elaborate map, with 450 rubrics; and a lengthy travel account. Both were achieved at about the same time – c. 1685 – and both apparently by the same man.

Evliya Çelebi’s account of his Nile journeys, in Volume 10 of The book of Travels (Seyahatname), has already been known to the scholarly world since 1938.

The map, in the Vatican Library, has been known to the scholarly world since 1949. A first edition of it was published in 2011. The authors of that edition, Robert Dankoff and Nuran Tezcan, demonstrated in detail that the map should be attributed to Evliya Çelebi.

The edition of the map included here (which, considered as a text, is extraordinarily challenging philologically) incorporates many new readings, bringing it a step closer to a definitive edition. This volume also contains Evliya’s six journeys, his travels in Egypt and Sudan and along the Red Sea coast, as well as problems regarding dates and authenticity of the journeys. The relation of the map and The Book of Travels is analysed, including similarities and correspondences in content, language, and style, along with discrepancies between the two documents and how to account for them. 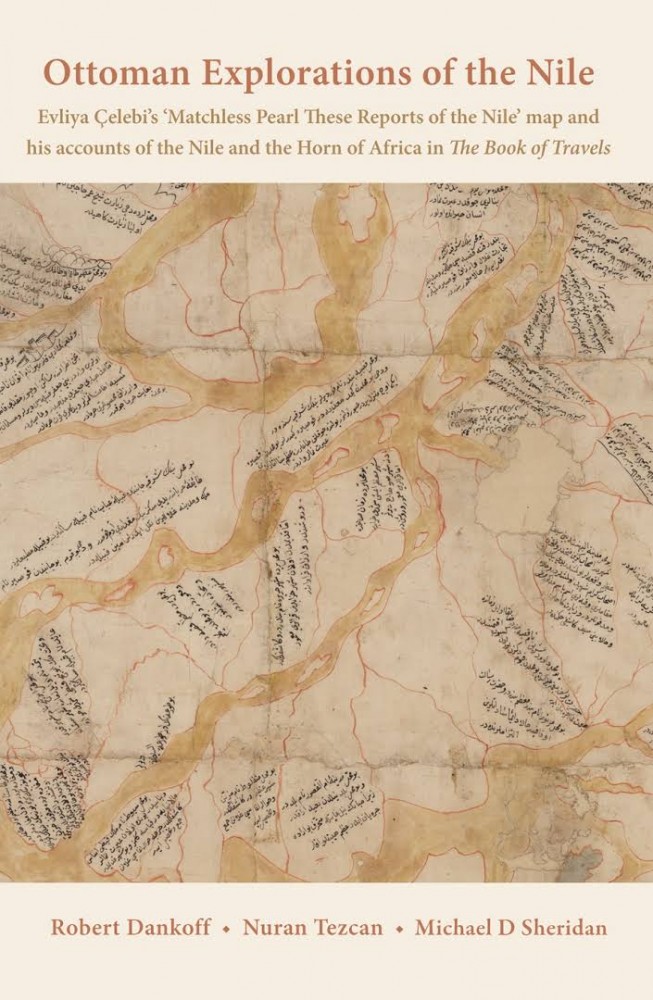