Explores communities, manuscripts and their spaces of dwelling

This book tells the story of a manuscript repository found all over the pre-modern Muslim world: the khizanat al-kutub, or treasury of books. The focus is on the undisclosed Arabic manuscript culture of a small but vibrant South Asian Shi’i Muslim community, the Bohras. It looks at how books that were once part of one of the biggest imperial book repositories of the medieval Muslim world, the khizanat of the Fatimids of North Africa and Egypt (909CE-1171CE) ended up having a rich social life among the Bohras across the Western Indian Ocean, starting in Yemen and ending in Gujarat. It shows how, under strict conditions of secrecy, and over several centuries, one khizana was turned into another, its manuscripts gaining new meanings in the new social realities in which they were preserved, read, transmitted, venerated and copied into. What emerged was a new distinctive Bohra Ismaili manuscript culture shaped by its local contexts.

Olly Akkerman is assistant professor at the Institute of Islamic Studies, Freie Universität Berlin. Her research focuses on the social lives of Arabic manuscripts and their spaces of enshrinement within Muslim communities in the past and present, particularly in the context of the Bohras and the Western Indian Ocean (Yemen and Gujarat).

She is the author of The Bohra Manuscript Treasury as a Sacred Site of Philology: a Study in Social Codicology (Philological Encounters), “Documentary Remains of a Fatimid Past in Gujarat” in Journal of Material Cultures in the Muslim World, and is editor of Social Codicology: The Multiple Lives of Manuscripts in Muslim Societies (Brill, 2022). 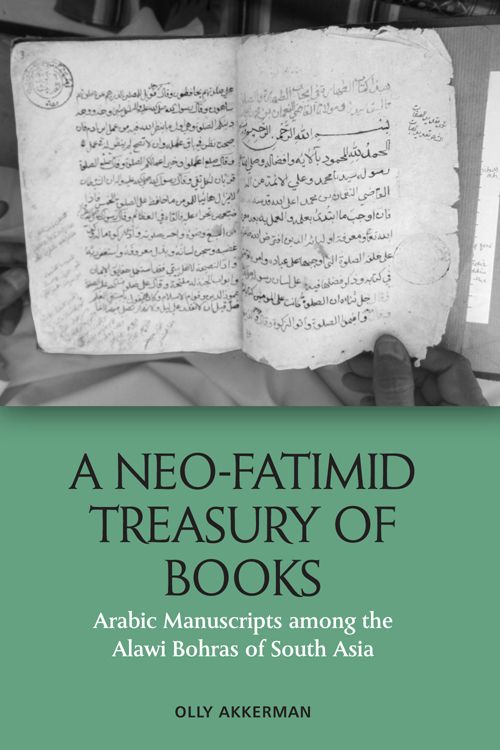