The last fortnight has seen perhaps the Society’s busiest period during this academic term. Following the three evening events last week, the Society was delighted to host another two lectures this week.

On Tuesday, 19 November, Dr Tilman Frasch (Manchester Metropolitan University) delivered a lecture titled “Bagan and the Theravada Buddhist Ecumene in the 12-13th Centuries CE”. Located in central Burma (Myanmar), where it served as a seat of political power, Dr Frasch explained how Bagan developed over time, highlighting its significance to the Theravada Buddhist tradition. This significance is reflected by the thousands of religious monuments constructed there. Bagan has recently been listed as a UNESCO World Heritage Site, but the history of archaeological investigations at Bagan is apparent in the Society’s collections, which contain works on this subject dating back to the late nineteenth century. Below, you can see a photograph from our collection, perhaps from the 1870s, which is captioned on the reverse “Pumpkinlike Pagoda at Pagan [Bupaya Pagoda].” 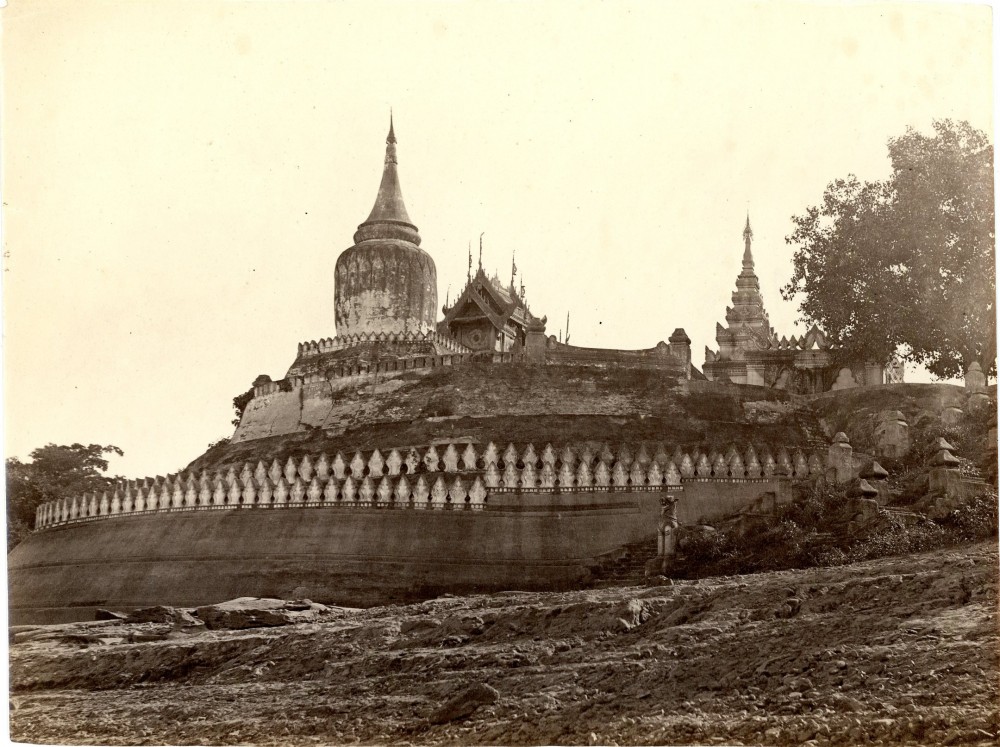 The lecture was followed by a question and answer session with the audience, and a reception.

The following evening, Wednesday 20 November, the Society played host to a lecture by Lord Stephen Green, who presented the thesis of his new publication, The Human Odyssey: East, West and the Search for Universal Values (SPCK Publishing). Focusing on the Eurasian landmass, and the cultural traditions that have arisen across that expanse, Lord Green provided an erudite overview of many of the challenges facing the world today, from competition between value systems and economies, to competition for natural resources. The second half of Lord Green’s lecture explored those areas that might help foster the growth of shared values across cultures and further inter-cultural co-operation. The content as well as the predicates of shared values are themes that have attracted the attention of historians and moral philosophers for centuries, and The Human Odyssey is a valuable contribution to this ongoing conversation. The lecture was followed by questions from the audience, and a reception. We wish Lord Green the best of luck with his publication.

After the recent flurry of activity, we have a short break in our public events programme. The next entry in our Lecture Series is scheduled for Tuesday 10 December, when Dr George Mak (Hong Kong Baptist University) will return to the RAS to deliver a lecture titled “The Mandarin Union Version after One Hundred Years: A Reflection on the History and Impact of a Classic Chinese Biblical Translation”. We hope that you will be able to join us then.