Please join us at 6.30pm on Thursday February 10th for a hybrid lecture by Dr Mallika Leuzinger entitled Amateur photography in and beyond twentieth-century India. 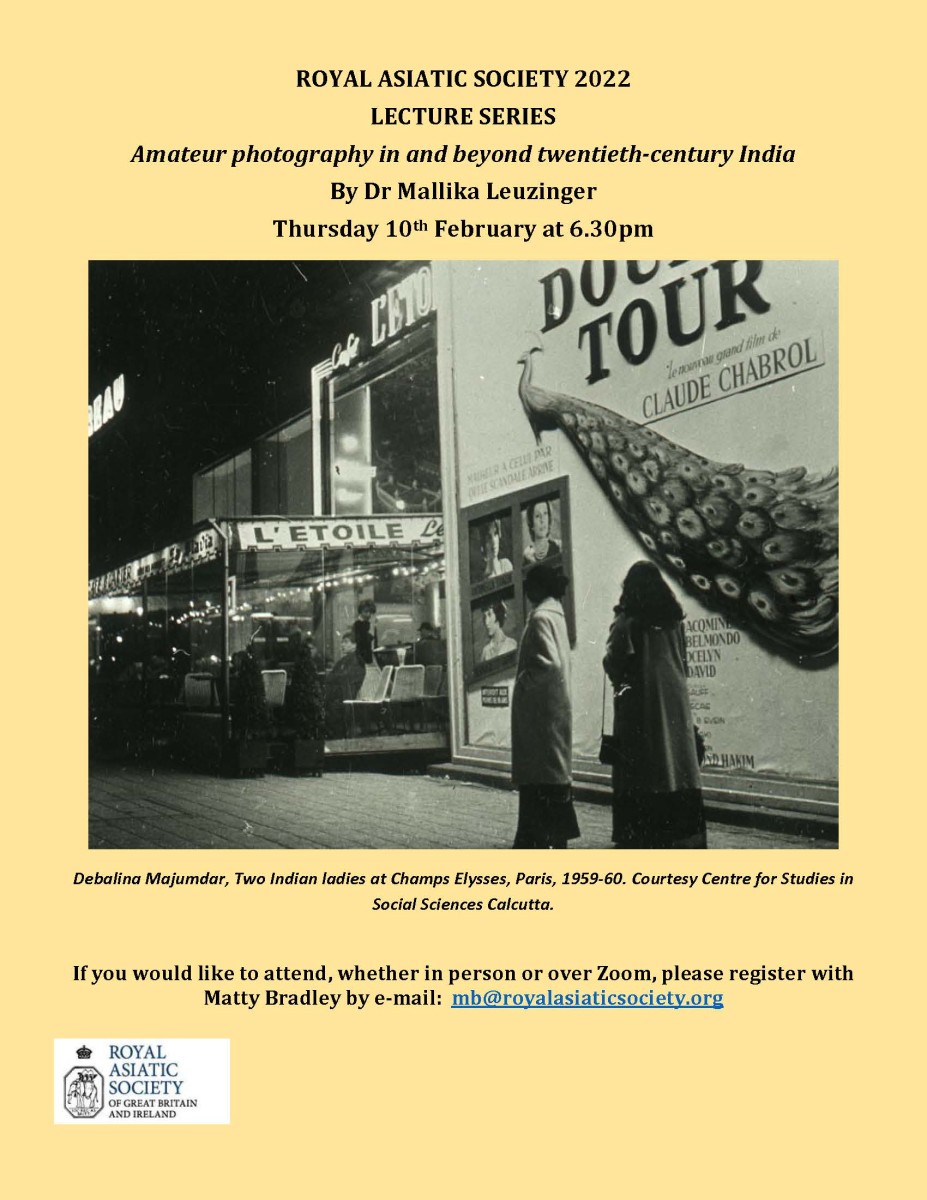 This talk, based on Dr Leuzinger’s doctoral research on camera politics in South Asia, reflects on the photographic engagements of middle-class women – and citizens of a newly independent and non-aligned nation – in the twentieth century. Debalina Majumdar (1919-2012) and Manobina Roy (1919-2001) were twins who grew up in the town of Ramnagar and were gifted an Agfa Brownie by their father Binod Bihari Sen Roy, a tutor employed by the Maharaja of Benares and a Fellow of the Royal Photographic Society of Great Britain. Alongside images of their everyday life, relatives, and acquaintances who included Tagore and Nehru, they produced striking street photography and portraiture during travels to the USSR and London in 1959-60. These circulated through regional and transnational photographic associations and The Illustrated Weekly of India, and now figure in their children’s memories and homes, and in institutional and journalistic endeavours to foreground Indian women in history. Revisiting this ebb and flow through the lens of ‘amateurism’ excavates the confrontations and convergences of gender, race, class, family and nation entailed by their photography, as well as its cosmopolitan possibilities.

Mallika Leuzinger is a researcher in Colonial and Global History at the German Historical Institute London. She holds an MPhil in Gender Studies from the University of Cambridge and PhD in History of Art from University College London and was a Fung Fellow at Princeton University. She is working on the book Dwelling in Photography: Intimacy, Amateurism and the Camera in South Asia, and a new project on digital archives and the politics of crowdsourcing history.