In India today (24 January) it is National Girl Child Day, an initiative set up in 2008 by the Ministry of Women and Child Development to highlight the inequalities often faced by girls, and to generate awareness of their educational, health and nutritional needs. So, in honour of this initiative, I thought I would use this blog post to show some of the historic paintings and photographs in our Collections which portray girls and women. I cannot claim that these all show women in inspirational roles, but still, they can give food for thought about our historic and current portrayal of girls, women, and their lives.

I start with some pictures from the Fanshawe Collection. Herbert Charles Fanshawe (1852-1923) joined the Indian Civil Service in 1873 and stayed in the service until his retirement in 1901. He was the author of Murray’s Handbook of India (1904, 1909). The paintings in this Collection were made by a Punjabi artist working in Lahore and purchased by Fanshawe in May 1896. They were bequeathed to the Society on his death in 1923. There re 98 drawings bound into an album depicting monuments, ruler and warriors of Punjab, and trades and occupations. It is among the latter category that we find some pictures of women.

These watercolour drawings show women in a variety of roles, many of which might still be similar roles that they undertake in 2020, over a hundred years later. Our photograph collection Photo.06 is a album of photographs of Ceylon and South India, taken in the 1870-1880s and presented to the Society by Sir George Granville Leveson Gower. Within the album are many architectural scenes but also some of people, including the chiefs he met and the servants he had. But these pages all show girls in various poses and roles. 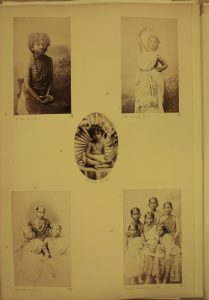 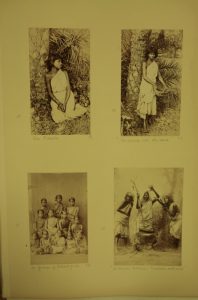 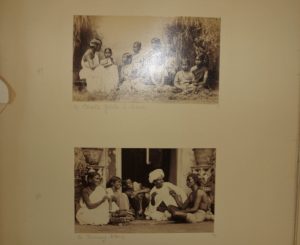 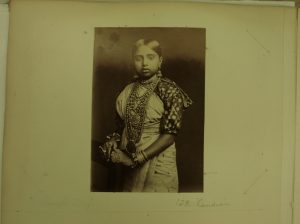 If you would like to see any of the original paintings or photographs, please do come to our Reading Room where we would be delighted to get them out for you. Though I must add a proviso when it comes to the album of photographs. Unfortunately, at some point in its life, the album has suffered water damage resulting in the first few pages being stuck together making viewing those photographs impossible.

This week Dr Ed Pulford from the University of Cambridge lectured on “Time and History across China’s Northeastern Borders”. Dr Pulford was short listed for the Bayly Prize in 2018 and is the  author of Mirrorlands: Russia, China and Journeys in Between. His lecture on the China-Russia- North Korean border area focused on its history and the relationships between the local populations.  The lecture was followed by questions and a reception.

Our next lecture will be on Thursday 13 February, 6.30 pm, when Dr Simon O’Meara (SOAS) will lecture on “The Ka’ba of Mecca as axis and matrix mundi”. We hope that many of you will be able to join us then.