Over the past few weeks, I have been busy cataloguing material from the ‘lectures and events’ section of the institutional archive and this is now available for people to view on the Society’s Archives Hub page. It is hoped this will provide an insight into how the Society’s public programmes have reflected the changing interests of the Society and its members over the years. The material has been arranged into the following categories.

I have now turned my attention towards cataloguing collection material that documents how the Library has operated throughout the Society’s history. Whilst some of this is already accessible (such as the Library accession registers) there is still a great deal that needs to be done. Items include: paper catalogues and collections listings, previous location lists, Library & Conservation reports, past Library regulations, publicity material and correspondence. I will give updates around the cataloguing of this collection in future blog posts.

Cataloguing of our books and other printed collections also continues apace. While the electronic cataloguing of our main book sequence was completed some years ago, the cataloguing of our oversized-book sequence – which contains many rare early works on Asian languages and art – was interrupted by the pandemic. This has now resumed, thanks to the efforts of our stalwart library cataloguing volunteer, Roger Parsons. Other volunteer activities have also resumed, and we look forward to sharing more updates about these projects over the coming months, as we build towards our next Collections Evening, currently planned for 24 March 2022.

The Society is delighted to have received the first copies of the new print edition of Charles Ambrose Storey’s, ‘Persian Literature: A Bio-bibliographical Survey’, which has been published by Brill. This includes previously unpublished material from Storey’s archive, held at the Society, and is accompanied by a fully searchable online version, which is sure to prove a major boon for scholars researching the history of Persian literature and culture.

In the publication’s foreword, Dr Gordon Johnson (Head of the RAS Publications Committee and former RAS President) writes that “as the Royal Asiatic Society approaches its 200th Anniversary in 2023, it is particularly gratifying that the intention of its founders – to promote ‘the investigation and encouragement of the science, literature and the arts in relation to Asia’ – is realised in so innovative a way”.

More information about the publications can be found on Brill’s website: https://brill.com/view/title/59215

Last Friday (17th September), the Society held a virtual book launch for Roda Ahluwalia’s publication, ‘Reflections on Mughal Art & Culture: Words and Images in Mughal Chronicles’. The event was well attended and included talks from both Roda Ahluwalia and Professor Kavita Singh. A recording of this launch is now on the Society’s YouTube channel: https://www.youtube.com/results?search_query=royal+asiatic+society 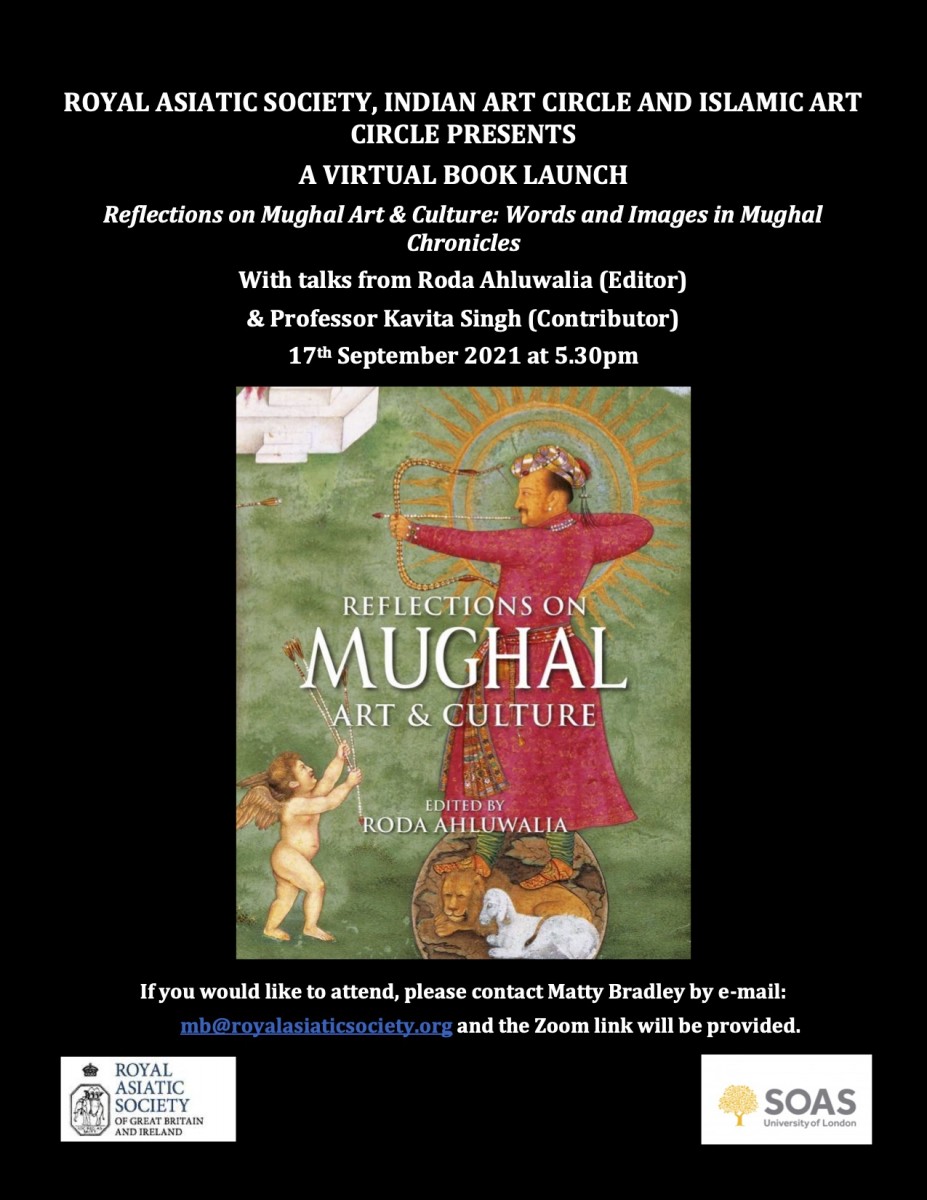 With restrictions eased, the Society is pleased to announce that we will be holding hybrid events from next month with attendees having the option of joining events in person or on Zoom. The first of these will be held on the 14th October at 6:30pm with a lecture by Professor Simon Kaner on ‘The Rehabilitation of Myth in the Archaeology of Ancient Japan and Korea’. More information about this event can be found here: https://royalasiaticsociety.org/event/professor-simon-kaner-the-rehabilitation-of-myth-in-the-archaeology-of-ancient-japan-and-korea/

Stay tuned for future events to be announced in the coming weeks! 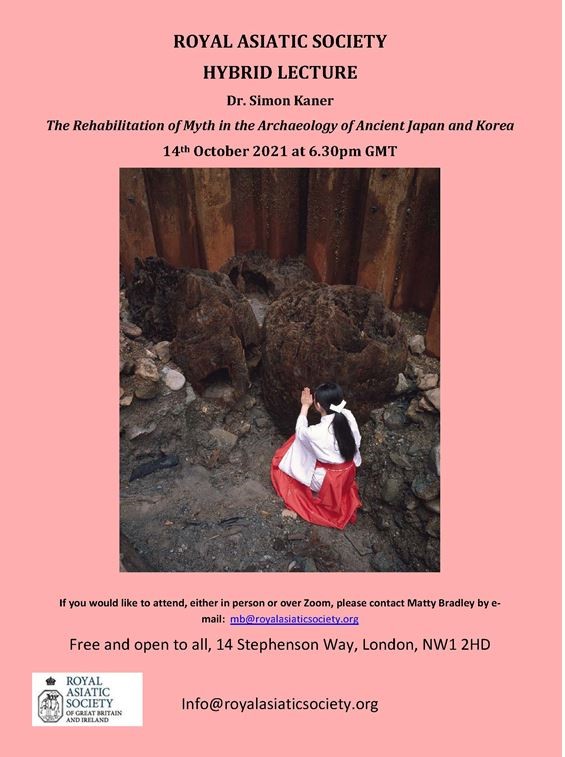 It is with great sadness that we announce the death of Ronald Lightbown, a long-standing member of the Society, on the 27th June 2021 in Goresbridge, Co.Kilkenny. He was a distinguished art historian and a leading scholar in the field of Renaissance art. From 1975 to 1984 he served as the keeper of the library at London’s Victoria and Albert Museum, and from then until 1989 as keeper of the department of metalwork.

His many publications include the catalogue of sculpture at the V&A with John Pope Hennessey (1964), a two-volume study of the work of Sandro Botticelli (1978) followed by comprehensive studies of the work of Mantegna (1986), Piero della Francesca (1992) and Carlo Crivelli (2004). Together with Mildred Archer he wrote the catalogue for the exhibition India Observed: India as viewed by British artists, 1760-1860 organised by the library of the Victoria and Albert Museum as part of the Festival of India, 26 April-5 July 1982.

We offer our sincere condolences to his wife, Mary Lightbown, family, friends and colleagues.