December 1st marks the anniversary of the death of the artist, John Griffiths, who died on this day in 1918, aged 81. Born in 1837, Griffiths studied at what would become the Royal College of Art before working under the supervision of Godfrey Sykes who was involved in decorating the South Kensington Museum (now known as the Victoria and Albert Museum). John Lockwood Kipling was also an assistant at the time and they became friends. Subsequently  Kipling asked Griffiths to be godfather to his son, Rudyard. Griffiths and Kipling both arrived in Bombay in 1865 where they taught at the newly-founded Bombay School of Art. With students’ assistance, Griffiths decorated Bombay’s Gothic Victoria Terminus (now known as the Chhatrapati Shivaji Terminus in Mumbai and a UNESCO World Heritage site) and the High Court. Griffiths’ art attracted some influential patrons including the Prince of Wales, Lord Northbrook and Viceroys Dufferin and Lansdowne. He exhibited at the Annual Fine Art Exhibition in Calcutta (Kolkata) from 1867 and at the Royal Academy in London from 1869.

The RAS has one painting by John Griffiths in its Collections, donated in 1883 by W.F. Sinclair, a Bombay Civil Servant and friend of Griffiths. This is on display, but is tucked in a corner of the atrium to the Council Room, so is probably not viewed all that frequently. It measures just 26.6 x 13 cm but is, I think, rather beautiful and worthy of highlighting.

This picture is is entitled “View from Cave No. 10, Ajanta” and dates to the period when Griffiths and his Indian students were involved in copying the Cave paintings. According to the V& A Catalogue entry for one of Griffiths’ copies of the paintings inside the Ajanta Caves, the cave complex was discovered in 1819 and since then many attempts have been made to document the paintings inside them. In 1844 Major Robert Gill was commissioned to make copies. Unfortunately most of the paintings he completed were destroyed in a fire in 1866. To make up for this loss, from 1872 to 1885 John Griffiths and seven Indian students from the Bombay School of Art spent every winter at the caves producing approximately 300 paintings.

We do not own any of these paintings but we do have the two “elephant” volumes of his 1896-7 publication, The Paintings of the Buddhist Cave-Temples of Ajanta, Khandesh, India.

These volumes measure approximately 55 x 39 cm and contain details about the caves and decorations, sketch maps for the area and plates showing the general views of Ajanta. Further to this there are plans of each cave and plates showing the paintings to be found in them. Some of them are in full colour, some partial, and some in black and white. Thus the pages for Cave 10, the source of our painting, are: 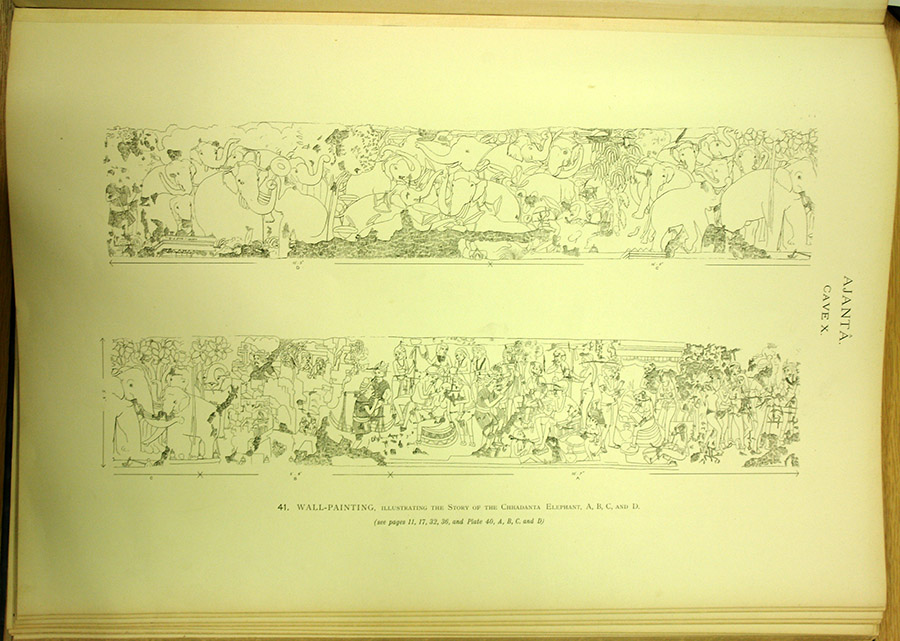 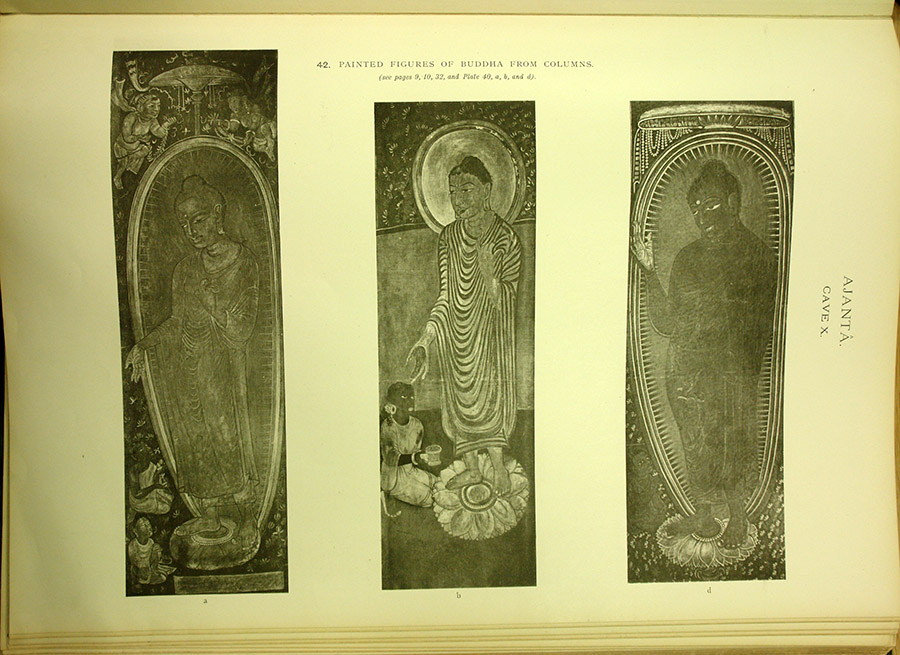 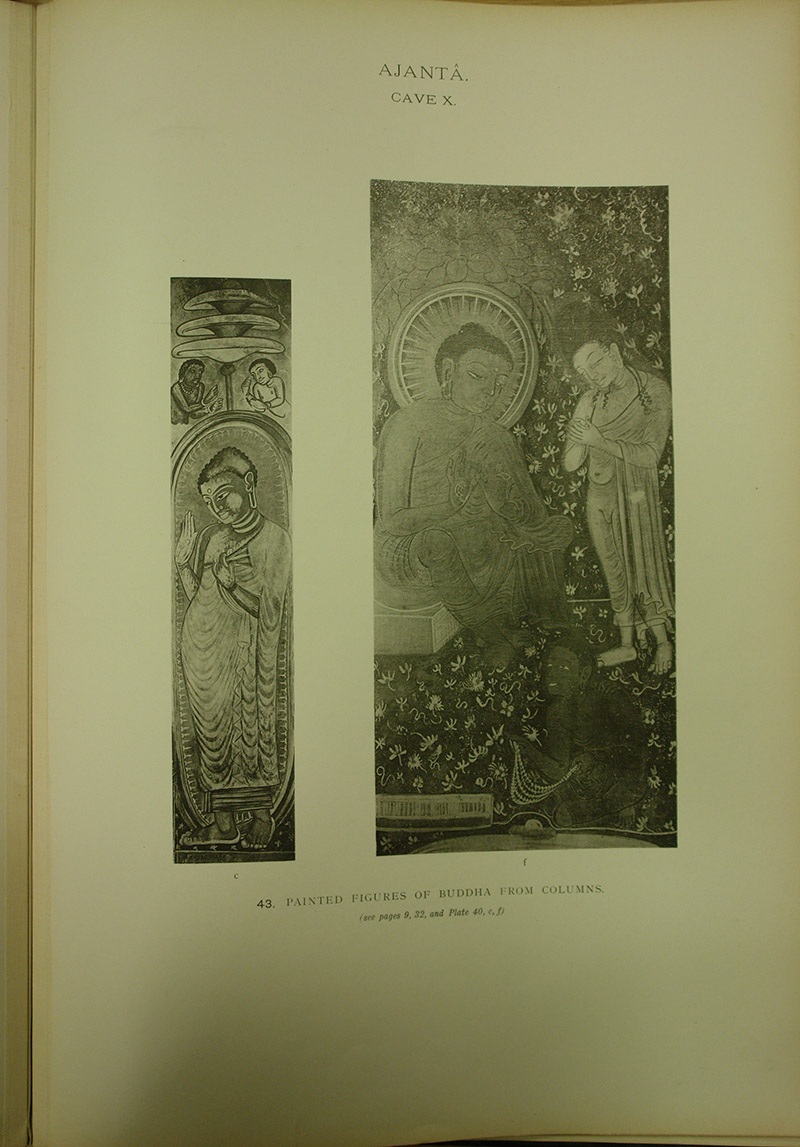 The pages for cave X are less exotic than for some of the other caves, so I would encourage you to come in and view the whole of the two volumes and wonder at the work carried out by John Griffiths and his students.

Tonight, 1st December, we start our Christmas celebrations with a thank-you evening for all our volunteers who have made such a valuable contribution to the work with our Collections in the last couple of years. Due to them more of our books, photographs and archives have been cared for, catalogued, and made available online so that researchers can readily access them. Ed and I are looking forward to this opportunity of being able to express our thanks for all their hard work. The event will be held in the Council Room, so I will have to make sure that I point out the John Griffiths painting nearby, and may be we can raise a glass in memory of him.

We have two lectures forthcoming next week:

We hope that you will be able to join us at one or both of these events.