On Wednesday 25th May 2016 George Manginis gave a lecture on Mount Sinai, its travellers and its pilgrims, to introduce his new book which is published by Haus Publishing. A mountain peak above Saint Catherine’s Monastery in Egypt, Mount Sinai is best known as the site where Moses received the Ten Commandments in the biblical Book of Exodus. George’s book brings this rich history to light, exploring the ways in which the landscape of Mount Sinai’s summit has been experienced and transformed over the centuries, from the third century BCE to World War I.

As an important site for multiple religions, Mount Sinai has become a major destination for hundreds of visitors per day. In his talk Manginis delved into the natural environment of Mount Sinai, its importance in the Muslim tradition, the cult of Saint Catherine, the medieval pilgrimage phenomenon, modern-day tourism, and much more. We are very grateful to him for sharing his wonderful insight into such a meaningful and curious place. 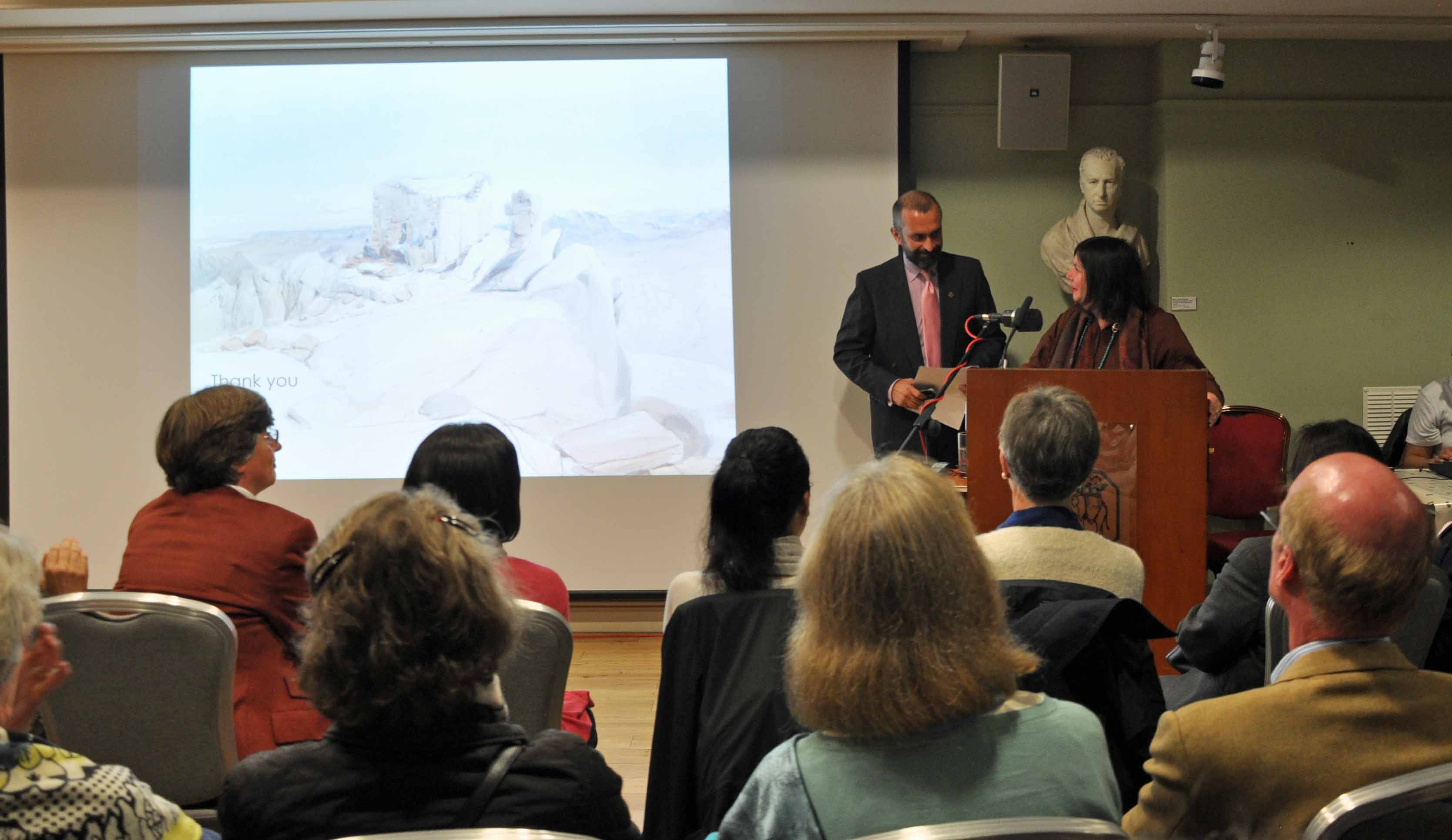 George is currently Teaching Fellow in the History of Islamic Art at The University of Edinburgh. Since 2001 he has been teaching Theory of Art History and Archaeology, History of Islamic and Byzantine Art and Architecture and History of Chinese Ceramics for SOAS, University of London, the Victoria & Albert Museum, the British Museum, the Benaki Museum – Athens, the Museum of Islamic Art – Qatar, the Institute of Ismaili Studies – London, the New College of the Humanities – London et al. In 2013 he was a ‘Stanley J. Seeger Fellow’ at Princeton University, cataloguing the Chinese collection of the Benaki Museum. He curated the Treasury of the Greek Cathedral of Saint Sophia – London and excavated in Greece, Cyprus, France and Egypt. He studied archaeology at the University of Athens and completed his PhD on the archaeology of Mount Sinai (Jabal Mūsā) at SOAS.