We are pleased to publish below a post by Jamie Stokes, who recently completed a work placement at the Society as part of his Master’s Degree in Library and Information Studies.

As part of the Library and Information Studies MA, which I’m currently undertaking at UCL, every full-time student has to carry out a two week work placement. After specifying that I wanted to gain some more experience in a Special Collections setting, I was lucky enough to be assigned to the library of the Royal Asiatic Society, where I have worked for the last two weeks, gaining a wealth of experience and broadening my horizons.

Before I arrived, Ed, the librarian, sent me a schedule of activities he’d put together to give me the broadest possible experience. One look at this was enough to assuage any possible doubts that such a short placement couldn’t afford me much opportunity to learn about and engage in the library’s activities in any meaningful way. This involvement ranged from a number of talks with Ed, and Nancy, the archivist, on matters as diverse as digital collections, outreach and engagement, and professional development; to being able to sit in on a visiting class from the School of Oriental and African Studies on interpreting Malay manuscripts; and observing a team discussing the practicalities of digitising the Thomas Manning Archive, acquired by the RAS in 2015.

When I arrived on my first day, I was given a warm greeting by Ed, who gave me a tour of the Society and told me a bit of its history. It wasn’t long before I met Alison, the Society’s Director, emerging from a lift carrying large, framed works of art, which had just returned from a period on loan to the Tate. Thus it was, after a brief discussion about which pictures merited being displayed where, that my first official job at the RAS was to assist Ed in hanging a large drawing of a gopuram on a wall in the Society’s lecture room. In a brief sociological survey of two, it may be established that DIY is not high on the list of skills attributed to those in the field of librarianship. Nonetheless, the job was concluded (mostly by Ed), and so far the sounds of a loud crash have been blessedly absent.

One of the first things I noticed, coming into the RAS, was the small size of the team (Ed and Nancy are the only staff specifically working in the library, though regular teams of hardworking volunteers help out). One of the things I noticed very soon after was the miraculous amount of work this team of two carries out between them. That Ed was willing and able to take time out of his million and one other jobs throughout my two weeks to discuss professional development, the physical and digital collections of the RAS, outreach and engagement, etc., shows the dedication and efficiency that seems to be the general ethic of the team.

Whilst on my placement I had the opportunity to work on a project which I could make my own. This consisted of two parts. First, I began work cataloguing a series of nineteenth century tracts, which consisted of roughly ten items bound into single volumes (each item needing a catalogue entry). As my prior cataloguing experience was pretty minimal, this was fairly challenging, especially as the material was not always straightforward (some items were entirely in Latin, German or French, and more than one had a healthy dash of Arabic or Sanskrit thrown in, providing some difficulty when it came to determining the document’s subject, whilst many were missing basic information such as date of publication). Luckily, Ed was on hand to answer any questions about the correct way to describe folded leaves of plates, or to look up obscure Prussian emperors to establish whether they could be assigned as a subject heading to the catalogue record. 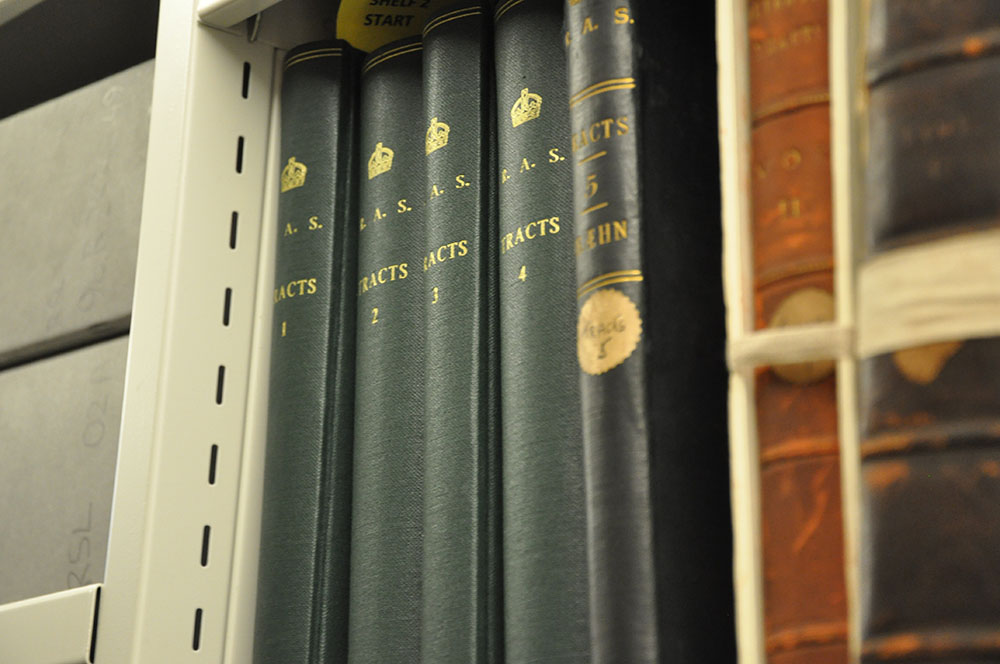 The second aspect of my project was putting together a series of notes so that any volunteers who might continue cataloguing the tracts would have a ready-made set of instructions. Although I think Ed probably only wanted a quick handy guide of a few pages, I got somewhat carried away and ended up with 26 pages, including nearly as many screenshots. That I was able to practice cataloguing, and fortify my new knowledge by creating a guide, was extremely rewarding, and I was very pleased to be able to leave something behind me which will hopefully prove useful in future.

Overall then, I had a fascinating couple of weeks, and met some lovely people to boot. The collections were wonderful to see first hand (I had never seen palm leaf manuscripts before, and many of the other items in the collection, not to mention the various artworks and sculptures around the building, were well worth careful observation). My only complaint is that my two weeks were up far too quickly. 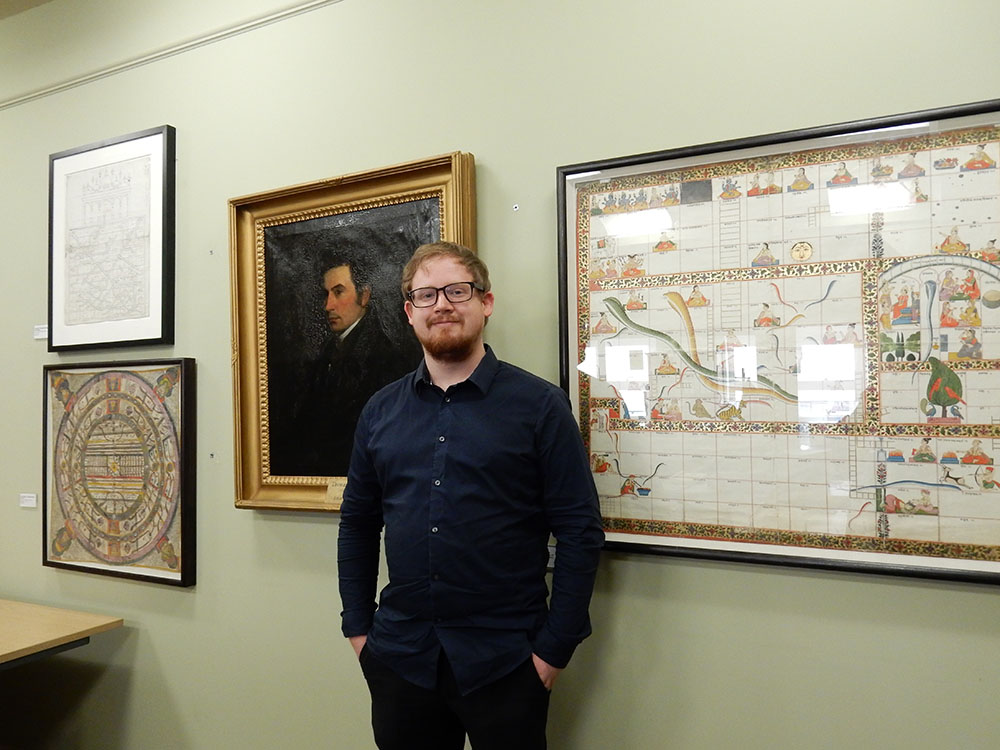