Join us for a screening of Ashvin Kumar’s film Inshallah, football. The film will be followed by Ashvin discussing his upcoming ,Noor.

Inshallah, football – Basharat is an 18 year old soccer player coached by a gritty couple from South America. He has been selected to play in Brazil. This is his big ticket out of a state ravaged by years of brutal insurgencies — except he is being denied a passport by the government of India. Basharat’s father, Bashir, was a militant who surrendered and spent years in jail, endured torture at infamous interrogation centers of the same government. According to the unwritten rules in Kashmir, an ex-militant’s family is almost never granted a passport — that document of belonging of a country that claims Kashmiri identity as part of its own. Inshallah, football is about the difficulty of dreaming in Kashmir.

Ashvin Kumar is the youngest Indian Oscar® nominee, also nominated for European Film Academy for Little Terrorist, which has toured more than one hundred and fifty international festivals, picking-up awards in twenty-five of them, including BAFTA/LA.

Ashvin’s next project, his third in Kashmir, is a feature-film called ‘Noor’ – the story of an adolescent girl whose journey find her ‘disappeared’ father has her discovering mass-graves. The project was selected at NFDC Film Bazaar 2012, IFP’s No Borders in 2013, Mumbai Mantra Sundance Institute Screenwriters Lab 2014 and Asia Pacific Screen Academy screenplay award winner.

Inshallah, football is the story of a talented Kashmiri football player who’s dreams of training in Santos (Pele’s club) in Brazil are stymied by the Indian government’s refusal to give him a passport because his father was a militant, fighting against the Indian armed forces in the uprising in Kashmir in the ‘90s. It also won a grant from the Asian Cinema Fund, Pusan Film Festival, Special Jury award at Dubai, Silver Conch at Mumbai, Audience-Award at Asiatic Film Mediale and Best Non-fiction and Best Editing at IDPA (Indian Documentary Producers Association). It was part of official-selections of Doc-Liepzig, film-makers as change-makers and INPUT 2012, TV and Public Interest, Sydney; besides being in-competition at Pusan, Chicago, NYIFF, NJISACF international film-festivals. 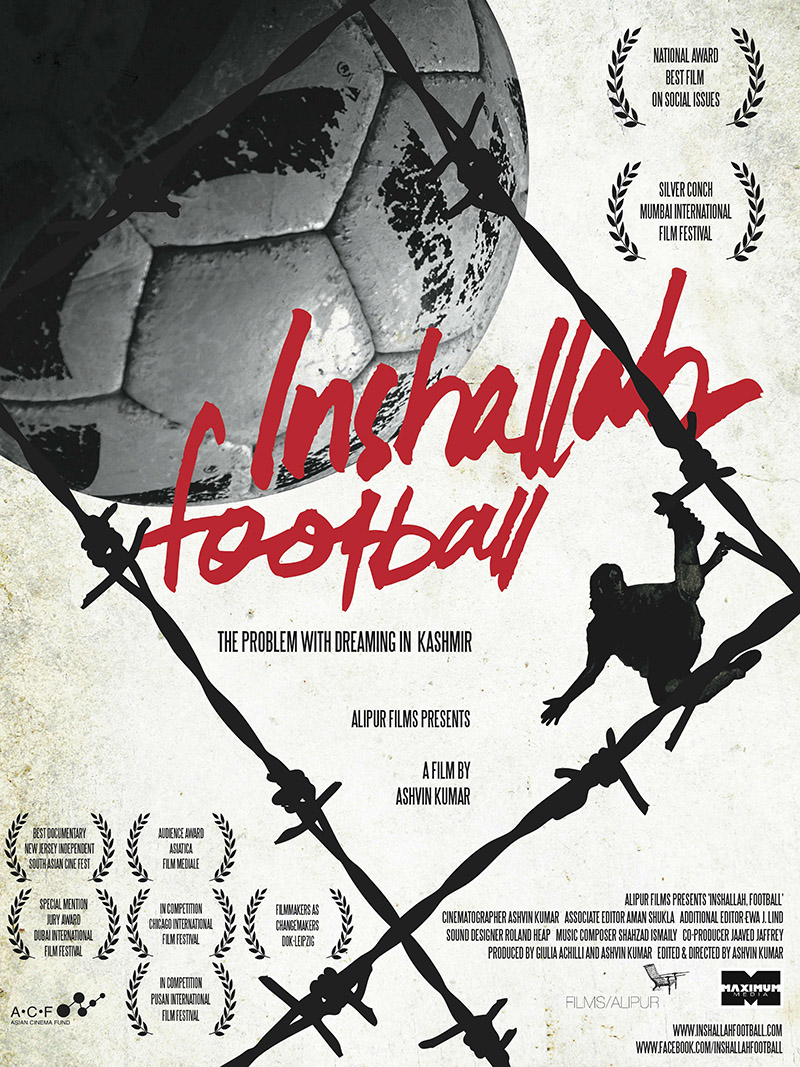