For the last couple of blog posts I have been concentrating upon Richard Francis Burton. I am pleased to say that the catalogue of his personal papers is complete and will be online in the very near future. Burton is well known for his translation of the Arabian Nights stories in  The Book of the Thousand Nights and a Night, first published in 1885. Of course, he is not the only person who was interested in the material. August 10th will mark 140 years since the death of Edward William Lane, a British Orientalist, who also sought to engage with the Arabian stories.

Edward William Lane was born in Hereford on 17 September 1801, the third son of Rev. Dr Theophilus Lane. He was educated in Bath and Hereford and then went to London to study engraving and began learning Arabic. However he had poor health, so decided to see if life in Egypt would suit him better. He arrived in Alexandria in 1825 and spent two and a half years wandering around Egypt dressed as a Turk, improving his Arabic and making notes of all he saw. The result was his Manners and Customs of the Modern Egyptians in two volumes, a best-seller at the time. We have first editions of these books within the Library which contain interesting engravings made from his own drawings. 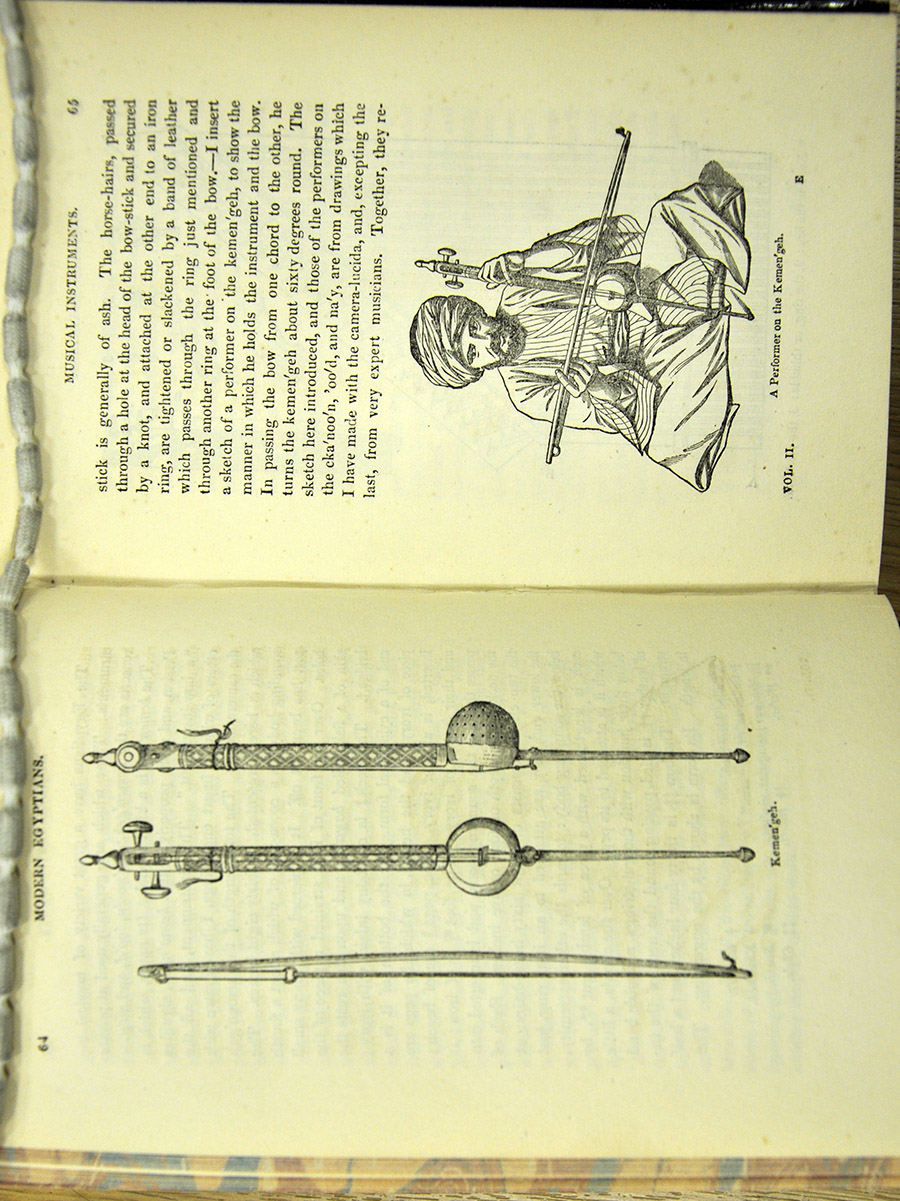 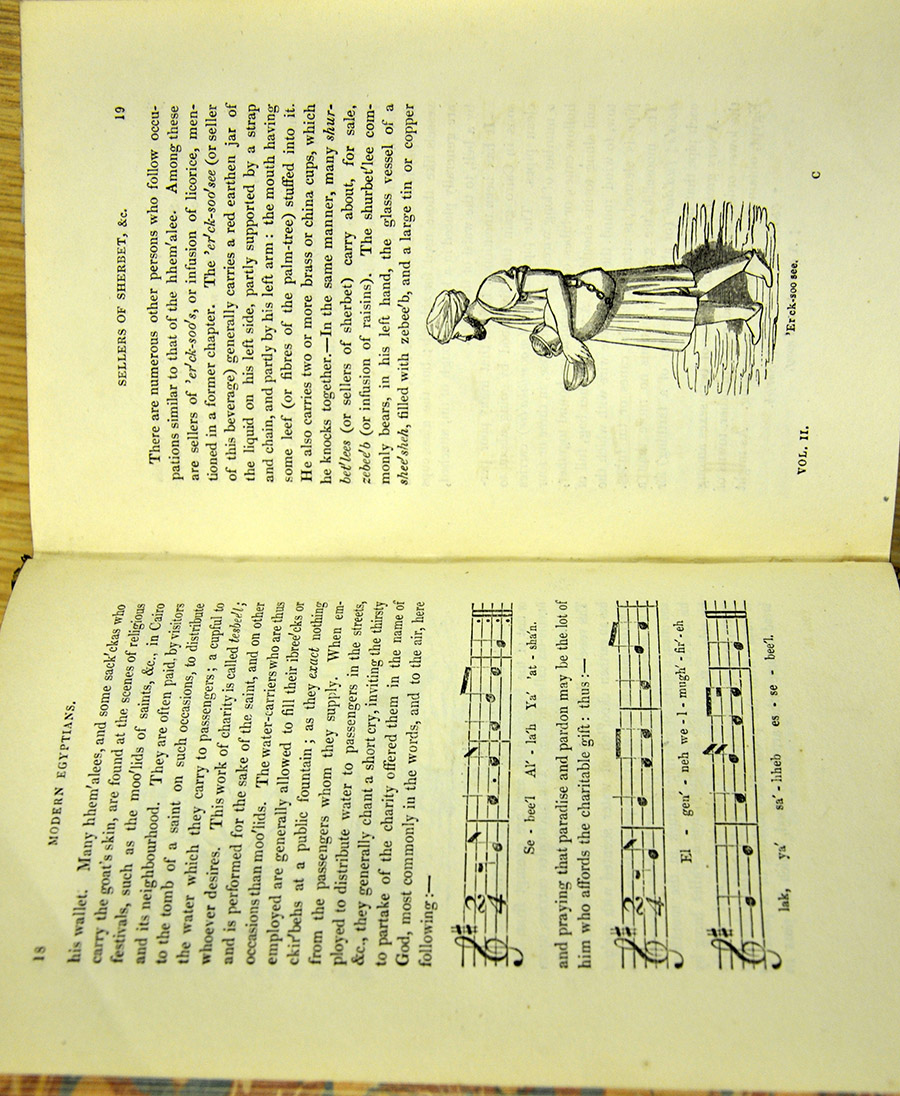 Lane realised that his work was incomplete because he did not have access to the women-only areas of the society. His sister, Sophia Lane Poole, therefore also travelled to Egypt which resulted in the publication of The Englishwoman in Egypt: Letters from Cairo, written during a residence there in 1842, 3 & 4, with E.W. Lane Esq., Author of “The Modern Egyptians” By His Sister – the publication only bearing his name and not hers!

Lane’s next major project was his translation of the One Thousand and One Nights. His version was first published in monthly parts in the years 1838 to 1840, and then in three volumes in 1840.  A revised edition came out in 1859. Thus his edition was before that of Richard Burton’s and was probably considered by Burton as one of those versions that were sanitised to satisfy nineteenth century morality. His encyclopedic annotations to the stories were published after his death by his great-nephew, Stanley-Lane Poole, as Arabian Society in the Middle Ages. Again, the RAS Library holds a first edition, published in 1883. This book was dedicated, “To the memory of E.H. Palmer, the true successor of Edward William Lane”.  Palmer was another British Orientalist, and an explorer, who was involved in negotiations with the Arab Sheikhs. After several successful missions, he was one of a group who were ambushed and murdered in 1882.

Lane’s Selections from the Kur-an appeared in 1843, as part of Trubner’s Oriental Series. It was neither a critical nor a commercial success. It was misprint-ridden, as Lane was for the third time in Egypt, along with his wife, sister and two nephews,  when it was being printed. The RAS holds an 1879 edition, ” A New Edition, Revised and Enlarged”, with introduction by Stanley Lane-Poole.

From 1842, Lane worked on his Arabic-English Lexicon but was unable to complete it, having reached letter Qāf, the 21st letter of the Arabic alphabet, at the time of his death in 1876. Stanley Lane-Poole finished the work based on Lane’s incomplete notes and published it in the twenty years following his death. Edward William Lane was buried in West Norwood Cemetery.