This week we hosted the launch of Charles Allen’s book, Coromandel: A personal history of Southern India. This latest publication focuses on southern India. Charles spoke to a very full lecture theatre, giving thanks to all those who had helped him with the book and then sharing some of his personal thoughts about his life travelling in India. Many stayed to buy his book and enjoy a samosa and wine reception.

The lecture and book led me to wonder whether we had any Collections relating to Coromandel, the  southeastern coast region of the Indian Subcontinent, between the Eastern Ghats and the Bay of Bengal of the Indian Ocean.  When I put the term into our online catalogue, only seven results were produced. But on retrieving two of these I discovered some treasures.

Firstly, we have all three volumes of “Plants of the coast of Coromandel : selected from drawings and descriptions presented to the Hon. Court of Directors of the East India Company by William Roxburgh, M.D. Published by their order under the direction of Sir Joseph Banks“. William Roxburgh was a surgeon and botanist who worked in this South Indian region. These are something of a tribute to the work of Johann Gerhard König (John Gerard Koenig, he is called in the books), a German botanist under whom Roxburgh had worked and who had bequeathed all his manuscripts to Sir Joseph Banks. Each volume is leather bound and is a massive 59cm x 47cm. They contain, not only detailed descriptions of the plants of the region, but also botanical drawings. Here are a few to whet your appetite: 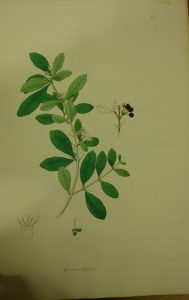 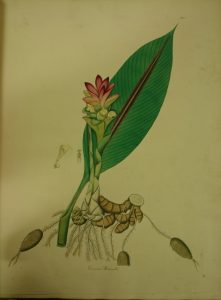 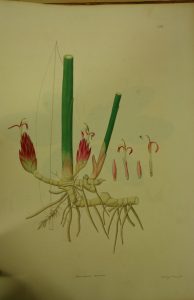 The first volume was published in 1795, ten years after the death of König, and the other two volumes in the early nineteenth century. The covers of the book show signs of wear and deterioration of the leather, but the drawings themselves are in wonderful condition (my photographs do not really do them justice). I would recommend coming to the Reading Room to see them. Our copies were donated to the Society by Thomas Snodgrass in 1829. Snodgrass himself was an interesting character – you can read something of his life in a British Library: Untold Lives blog.

Snodgrass not only donated these three magnificent volumes but also our second delight for this blog – “A continuation of an account of Indian Serpents; : containing descriptions and figures, from specimens and drawings, transmitted from various parts of India, to the Hon. the court of directors of the East India Company, and published by their order,  under the superintendence of Patrick Russell, M.D. F.R.S.”. This slightly smaller volume, the second of a two part series, measures 48cm x 34 cm, and was published in 1801. It has a similar format to the botanical volumes. There is an Editor’s Preface in which he emphasizes the need to be able to differentiate between harmless and poisonous species. This is followed by a short biography of Patrick Russell, who had unfortunately died before the book had reached publication. Then there are detailed descriptions of the snakes (serpents) of the region followed by exquisite drawings. So once again, I will show just a few of these pictures to encourage you to come and see more. 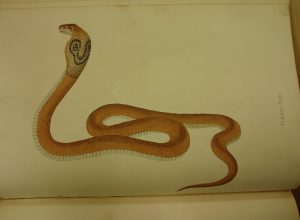 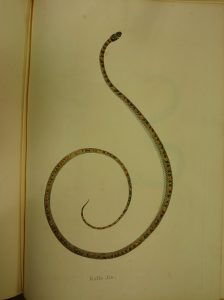 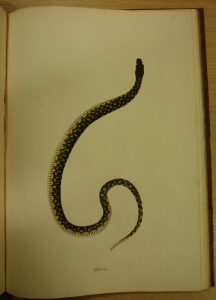 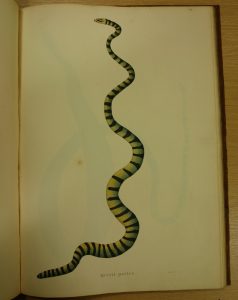 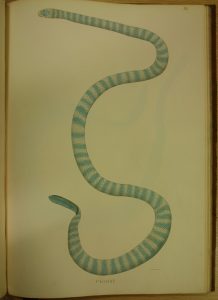 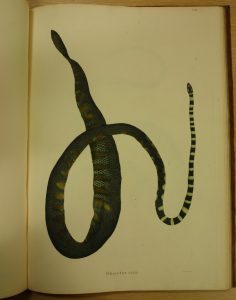 Such wonderful things in our Collections. It really was a treat to be able to get them out and look through them in preparation for this blog – one of the many joys of being the archivist at the Royal Asiatic Society.

Our next lecture will be on Thursday 9th November at 6.30 pm when Dr Andrew Arsan from the University of Cambridge will speak on “Beyond Formal and Informal Imperialism: Beirut, Hong Kong, and the growth of European power, c.1830-1970.” We hope that many of you will be able to join us for this interesting topic.