Continuing from last week’s blog post the Archivist is pleased to report that the Catalogue for the records created in producing the Society’s Journal has now gone online at Archives Hub. The material covers a variety of areas which have been listed in the following categories:

Full details of the catalogue can be found here. The items within the collections date from the early days to the current day. As some of these are still very current they will be closed for research at present. And, of course, as the Journal is still very active the records will continue to be added to, in the future.

This Saturday, 23rd July, marks the 206th anniversary of the death of the artist, William Alexander, who died on that day in 1816. Alexander was born in Maidstone in 1767 and from 1784 attended the Royal Academy. While still an unknown artist he was selected to accompany the Macartney embassy to China (1792-4). He made many drawings some of which were later engraved for use in George Leonard Staunton’s and John Barrow’s accounts of the embassy. He also published other volumes such as The Costume of China and Picturesque Representations of the Chinese, part of a multi-volume work depicting costumes of many nations.

Alexander became Professor of Drawings at the Military College at Great Marlow in 1802 and, subsequently, was appointed first Keeper of the Prints and Drawings Department at the British Museum in 1808. The Society’s collections hold one painting by William Alexander. It is a watercolour, painted in 1799, and it portrays ‘The Approach of the Emperor of China to his Tent in Tartary to receive the British Ambassador’. 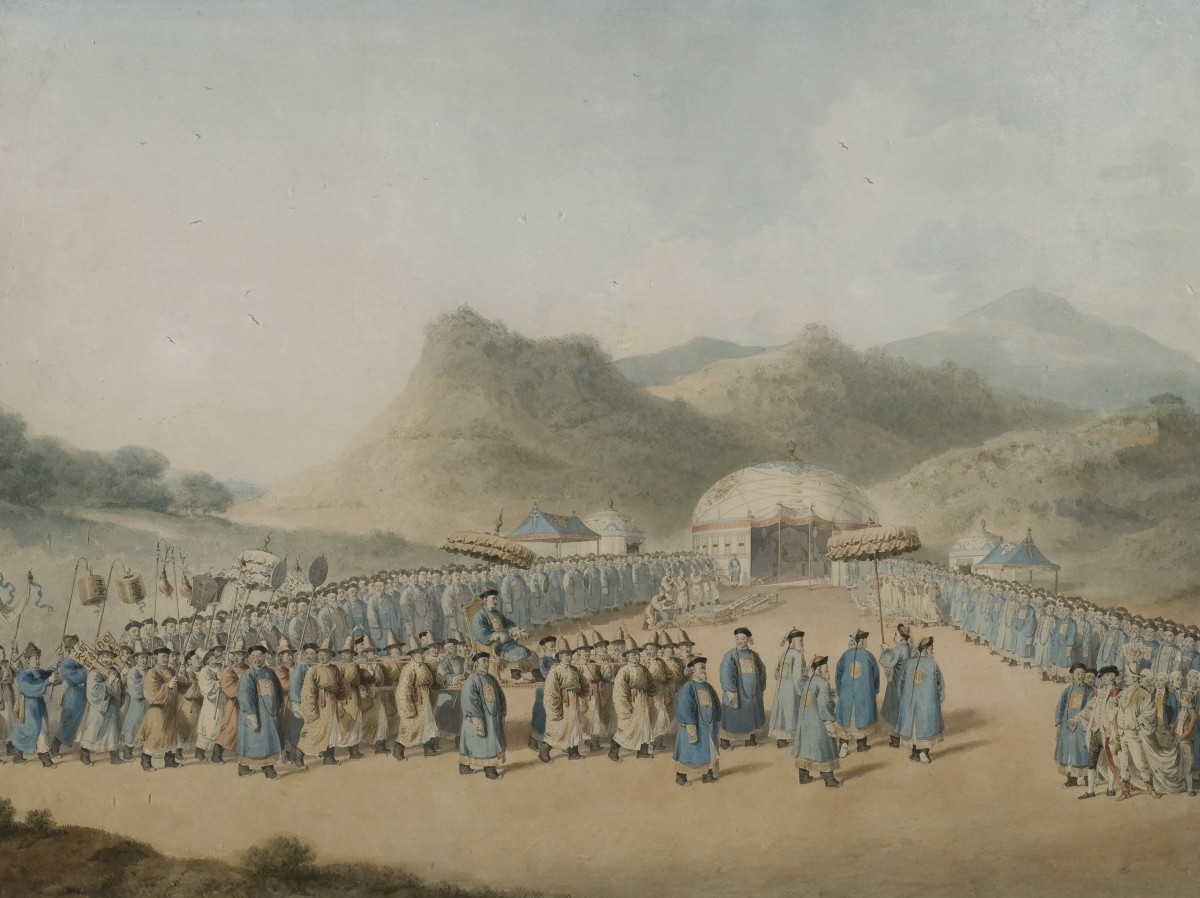 ‘The Approach of the Emperor of China to his Tent in Tartary to receive the British Ambassador’ (RAS Head Cat. 05.001)

The painting pictures a scene from the ill-fated Macartney embassy and was donated to the Royal Asiatic Society by Sir George Thomas Staunton in March 1856. Staunton had been at the event in 1793, as a 12 year old boy but, interestingly, William Alexander was not present! He has been left behind at the Palace of Yuan-ming Yuan near Beijing. It is thought that he reconstructed the scenes from drawings made by Lt. William Parish and was also helped by an engraving in a book of Chinese scenes. Victoires et Conquêtes de L’Empéreur de la Chine, Published by Charles Nicholas Cochin in Paris between 1769-74. These engravings were based on drawings made by Guiseppe Castiglione, a Jesuit priest, and had been commissioned by the Emperor himself. Of the 100 copies, most went to China, but there is a copy within our Collections donated, again, by George Thomas Staunton. The book is a huge elephant volume, so please excuse the quality of the photograph, but below is a copy of the engraving, so you are able to make a comparison. 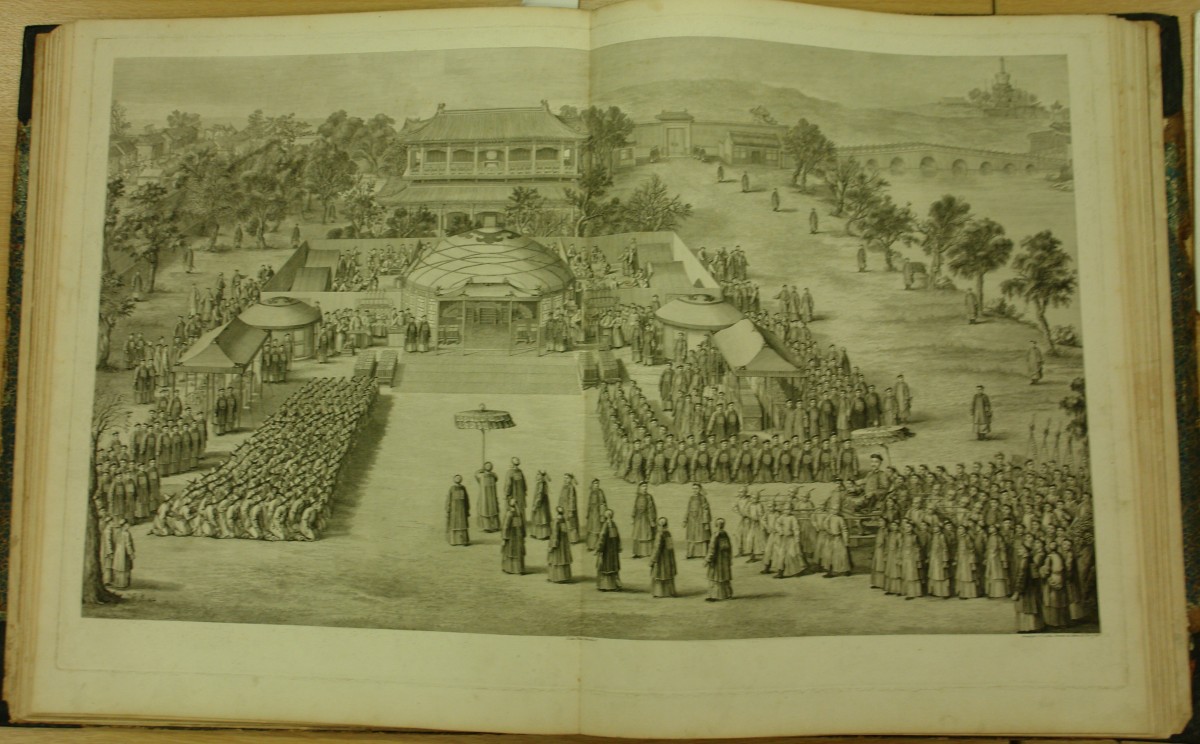 We recently finished up our lecture series for the year with a book launch from Professor Robert Arnott.  You can now find the full presentation on our Youtube channel: