On Tuesday 20th February, Amy Matthewson (SOAS) lectured on “Mr Punch and Chinamania: Blue Willow China and Consumer Consumption in ‘Punch’ Magazine, 1874-1880”. In that period Punch had run a series of cartoons, particularly by George du Maurier, featuring the demise of the English nation due to a passion for blue-and-white willow pattern china, whether expensive imported ware or the transfer pattern styles being made in Britain for the consumer market.  The cartoons suggested that men were turning into aesthetes, squandering their income on pottery and no longer able to be productive members of the community. Women, too, were becoming consumed by the desire for the china, losing their ability to be mothers, caring more about broken china than about their children. This Chinamania was not just confined to the wealthy; the working classes, too, were being caught up in this illness. Women would stare at their China plates and therefore were being lost to the working economy. This fashion for overseas goods (whether really imported or actually made in Britain) could, according to these cartoons, wreck the nation and its citizens.

Amy suggested that the willow pattern story, which should always be told around a plate, was actually not a traditional Chinese story at all – but one made up in England to enchant potential purchasers. Within our Collections we have a little pamphlet called “Fairy Tales from China”, adapted by Marion L. Adams. This was part of a series of “Stead’s Masterpiece Library for Boys and Girls” and was bequeathed to the RAS Library by Miss Mary Lumsden in September 1931. It has several tales reputedly from China, each with illustrations. And one of those included is “The Story of the Willow Pattern Plate”. Here are some of its illustrations: 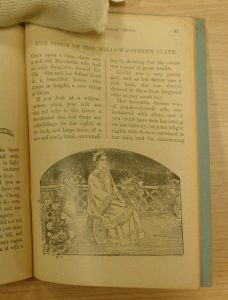 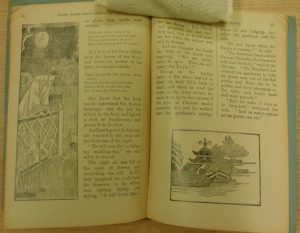 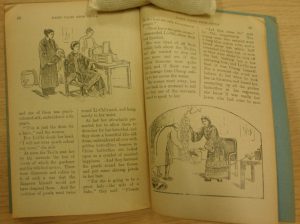 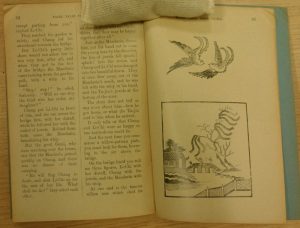 Amy’s lecture was liberally illustrated with the cartoons that she has been studying which brought several wry smiles to the audiences’ faces. While Amy has been undergoing her PhD, we are fortunate in that she has also undertaken some volunteering with the RAS Collections. Amy has worked with our Chinese glass slides, many of which have recently been conserved. Amy packaged them into appropriate packaging for their long term care and has also catalogued them on to the Library Catalogue creating Glass Slides.01, taking time to identify many of them. These slides are now available to all researchers in the Reading Room. They have yet to be digitised but we do have some pre-conservation images, some of which are shared below: 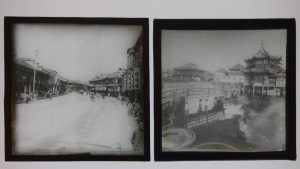 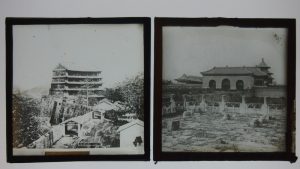 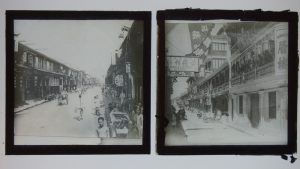 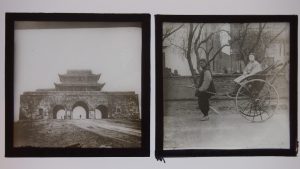 Our next event at the RAS will be a panel discussion on Monday 26 February, 6.30 pm, for the Book Launch of Rohan Deb Roy’s, “Malarial Subjects: Empire, Medicine and Non-Humans in British India, 1820-1909”. Simon Layton will chair the discussion and the speakers will include Nayanika Mathur (Oxford), Professor Clare Anderson (Leicester), Professor Richard Drayton (King’s College, London), Dr. Sujit Sivasundaram (Cambridge), and Professor Simon Schaffer (Cambridge).

Our next lectures is on Tuesday 6th March, 6.30 pm, when Professor Mercedes Volait from the Centre National de la Recherche Scientifique will lecture on “The Domestic Collecting of Islamic Artefacts in 19th Century Cairo: The Meymar Objects at the Victoria and Albert Museum”. We look forward to welcoming many of you to both events.