As Nancy Charley explained in her blog of 20 March, the Society remains closed for the foreseeable future. The Reading Room is shut to researchers and events and lectures have been postponed. In due course we shall do our best to re-arrange as many events as possible. Meanwhile, as Nancy wrote, the staff are indeed ‘beavering away’.

I particularly enjoyed Nancy’s splendidly illustrated account of Sir Richard Burton, his hat and stick. May I add a little more (gleaned from a slim file at The National Archives, Kew, FO 370/1860) on how they reached the Society?

The Burton relics had been presented to the British consulate in Trieste by Nicolo Salvari MBE, who served as vice-consul from 1881 to 1931. The question of their disposal, on account of lack of space, was raised with the Foreign Office half a century after Burton’s death and during the days immediately preceding the Second World War. The offer, so the story went, was laconically brushed aside by one Foreign Office wag: ‘How careless of Sir Richard Burton to have left his hat and stick in Trieste; I suppose they will have to be returned to him’. That said (if, indeed, it was said) the Society was identified as a suitable home on account of its rich Burton collection and Burton Memorial Lecture, an event when the hat and stick might be publicly displayed.

However, the matter was dropped with the onset of the Second World War. It re-surfaced in the Cold War when the status of Trieste was contested between Western and Eastern blocs. The former British consulate had by this time been converted into the ‘Office of the British Political Adviser to the Commander, British/United States Zone, Free Territory of Trieste’. Not only was space in this building at a premium but any ‘appearance of a museum of antiquities’ was deemed inappropriate for an office ‘situated … in an area of tension very close to a potentially explosive border’. So it was that the Foreign Office revived the pre-war proposal to transfer the Burton relics to the RAS and in August 1949 the Society accepted ‘custody of [Burton’s hat and stick] for permanent preservation and display on suitable occasions’.

Many thanks to Tony, for providing this extra information, and for his continued encouragement and support of his staff in this difficult time. I’ve spent much of my time so far ‘working from home’ on organising the list of the papers  for the Gibb Memorial Trust. As much of the correspondence is from the years of World War II, it makes for some interesting comparisons. But I’ll save that for a later blog when I have got further with the project.

One thing, I failed to write in last week’s blog post was “Happy Nowruz (Nouruz)! The Persian new year began on 19th March. This event, dating back to at least the 6th Century B.C.E., marks not only the celebration of New Year, but also the arrival of spring, and the rebirth of nature. As I look out my window, my garden is full of spring flowers and the birds are busy at the bird feeders. These are things to make us still feel glad to be alive and a reminder that life will continue once we are past this crisis. 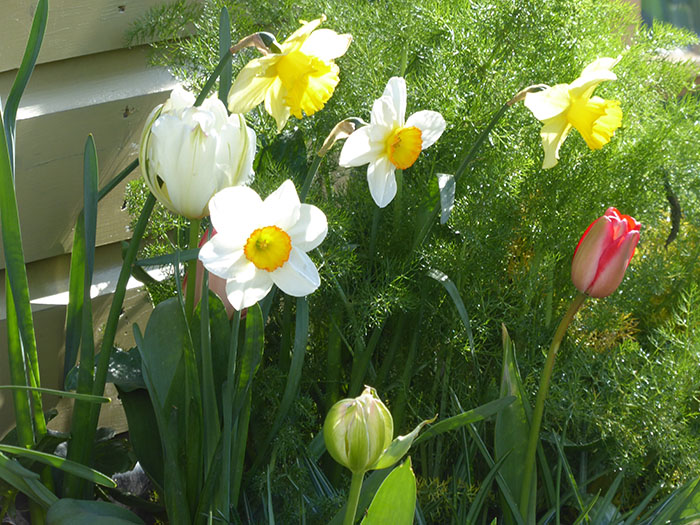 A last tidbit from the archives: In March 1920, one hundred years ago, the Royal Asiatic Society was just settling into its new premises at 74 Grosvenor Street for which they had taken on a 63 year lease from the Westminster Estate at a rental of £600 a year. Grosvenor Street was one of the first streets to be laid out as part of the Grosvenor family’s development of their Mayfair lands in the 1720s. The houses were originally meant for  domestic use but over the years many of them became small businesses including a piano-makers at no.16, dressmakers at nos. 50 & 51, and four ladies’ clubs, including the American Women’s Club in Speyer’s mansion at no. 46. If you would like to know more about the history of Grosvenor Street itself there is an interesting webpage on the British History Online website sponsored by English Heritage.

On 30th March 1920, the Society held an opening reception at which the Chinese Minister gave an address, and so the Society settled into its new premises. By 1932 there were already talks about possible moves – to join with the School of Oriental Studies (now School of Oriental and African Studies), and in 1939, the Society considered leasing a property called Farm House. In the end, though they didn’t not complete their 63 year lease, the Society stayed at Grosvenor Street through the War, moving in 1947 to 56 Queen Anne Street.

74 Grosvenor Street still exists but seems to have recently been combined into a single office building with no. 75. It seems 74 has kept its original features, and is a Grade II listed building, but 75 has been rebuilt behind the façade. Maybe, once I’m able to be out and about again, I will take a walk that way and find out who is current occupants are…