Dr Mallinson was keen to show how ascetic practices had developed across boundaries of country, ethnicity and religion and highlighted his talk with historic texts and pictures alongside photographs of current practice.  His talk made me keen to see what pictures we hold in our Collections that would represent the different practices that he mentioned. I knew we had some photographs which I highlighted in a blog on National Yoga Day. We also have some artworks of ascetics and their practices.

This picture, originating from Udaipur c.1810-20, shows pairs of religious devotees. There are (L to R, first top, then bottom)

We also have this beautiful painting which belonged to John Staples Harriott (1780-1839), originating  from Central India

Raymond Head in his catalogue of the RAS paintings and drawings suggested that this group represented two women in Mughal dress with two female attendants and a male attendant, visiting a female Hindu ascetic in a landscape of rocks and trees, c.1750. The caption for the picture is the writing at the top of the drawing written in Harriott’s hand.  It needs a discerning eye to decide exactly who is who in the picture.

Neither of these pictures really show ascetics carrying out their practices. But we do have a set of images that show ascetics undergoing diverse extremes – very suitable illustrations to Dr Mallinson’s talk.  These come from an album of 80 paintings by a Patna artist, c.1818, depicting the avatars of Vishnu, and ascetics and fakirs. They have English transliterated titles at the base of the paintings and are done in watercolour with pen-and-ink, and wash borders. If you are faint of heart, I suggest you stop reading the blog at this point. For the more curious, here are some of those images: 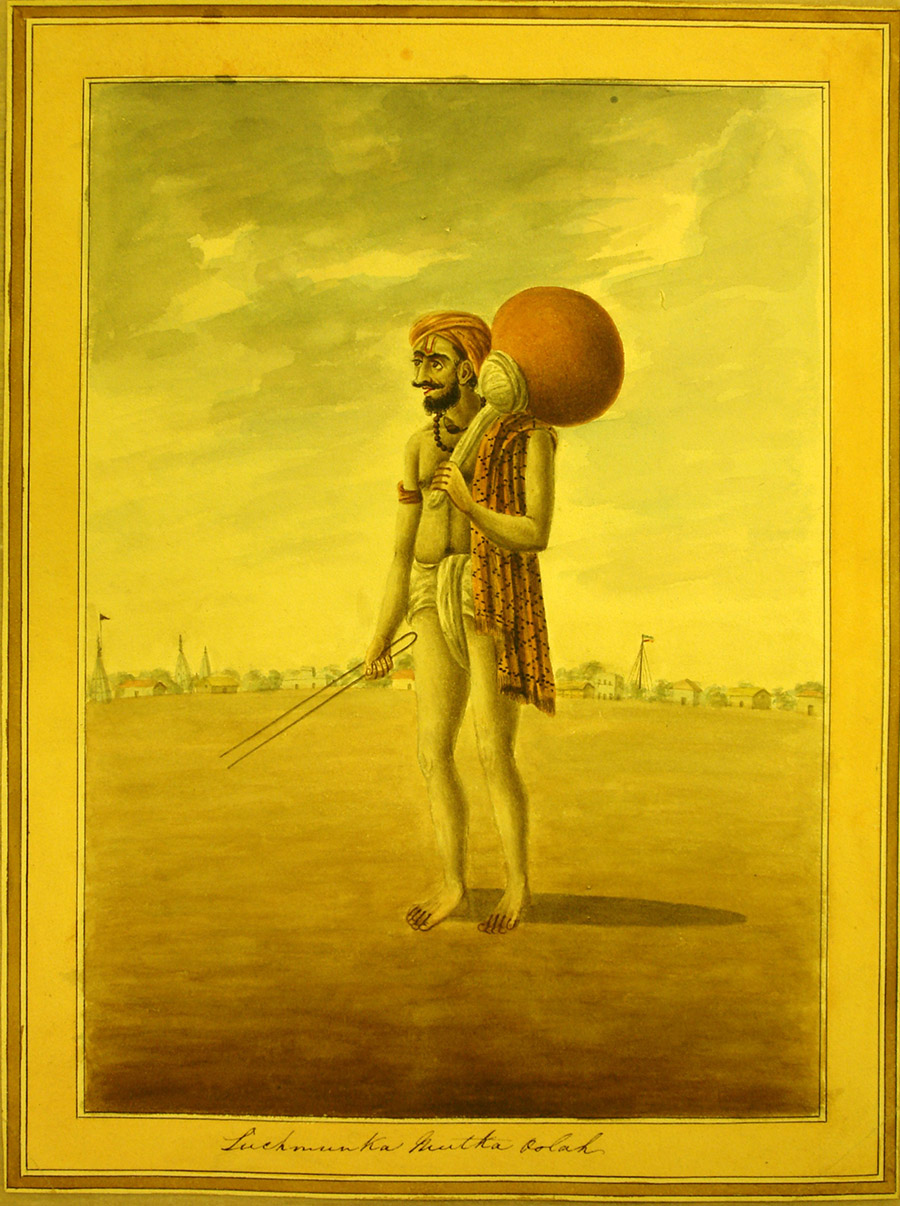 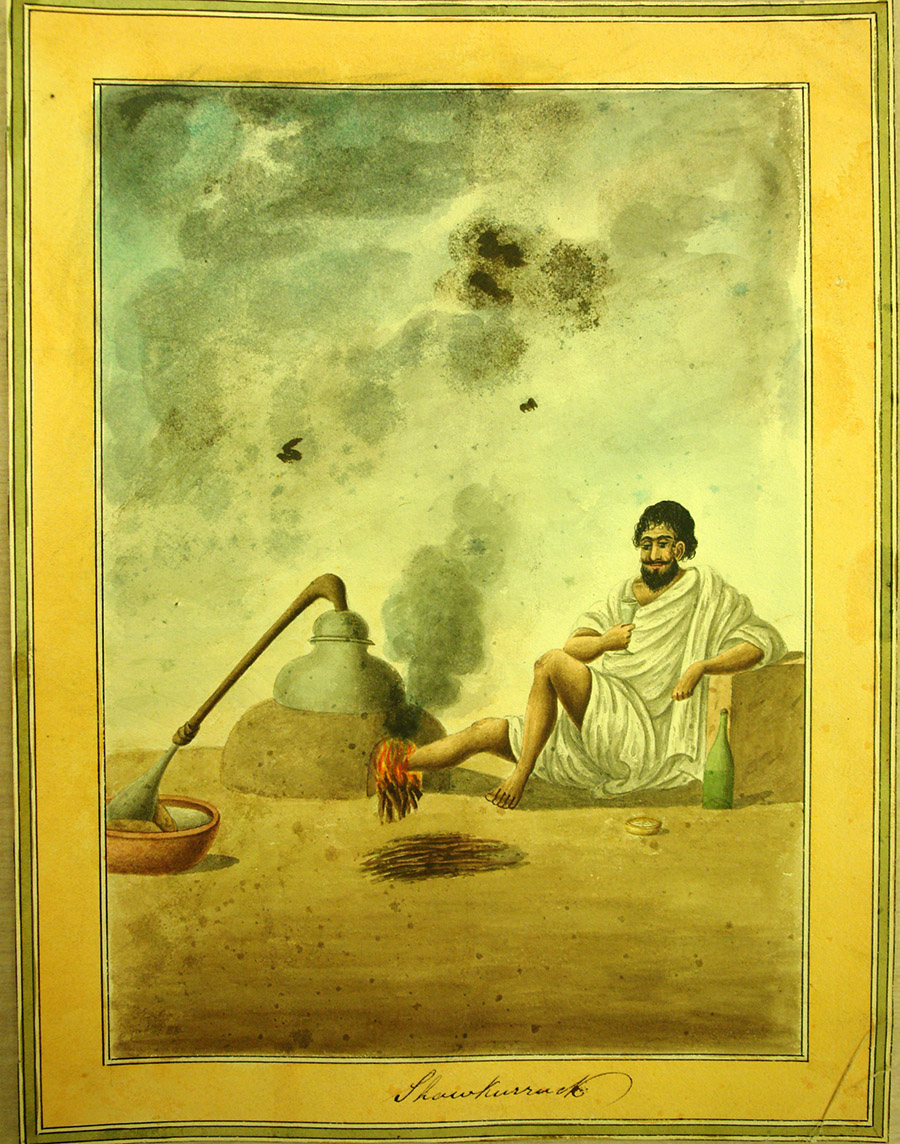 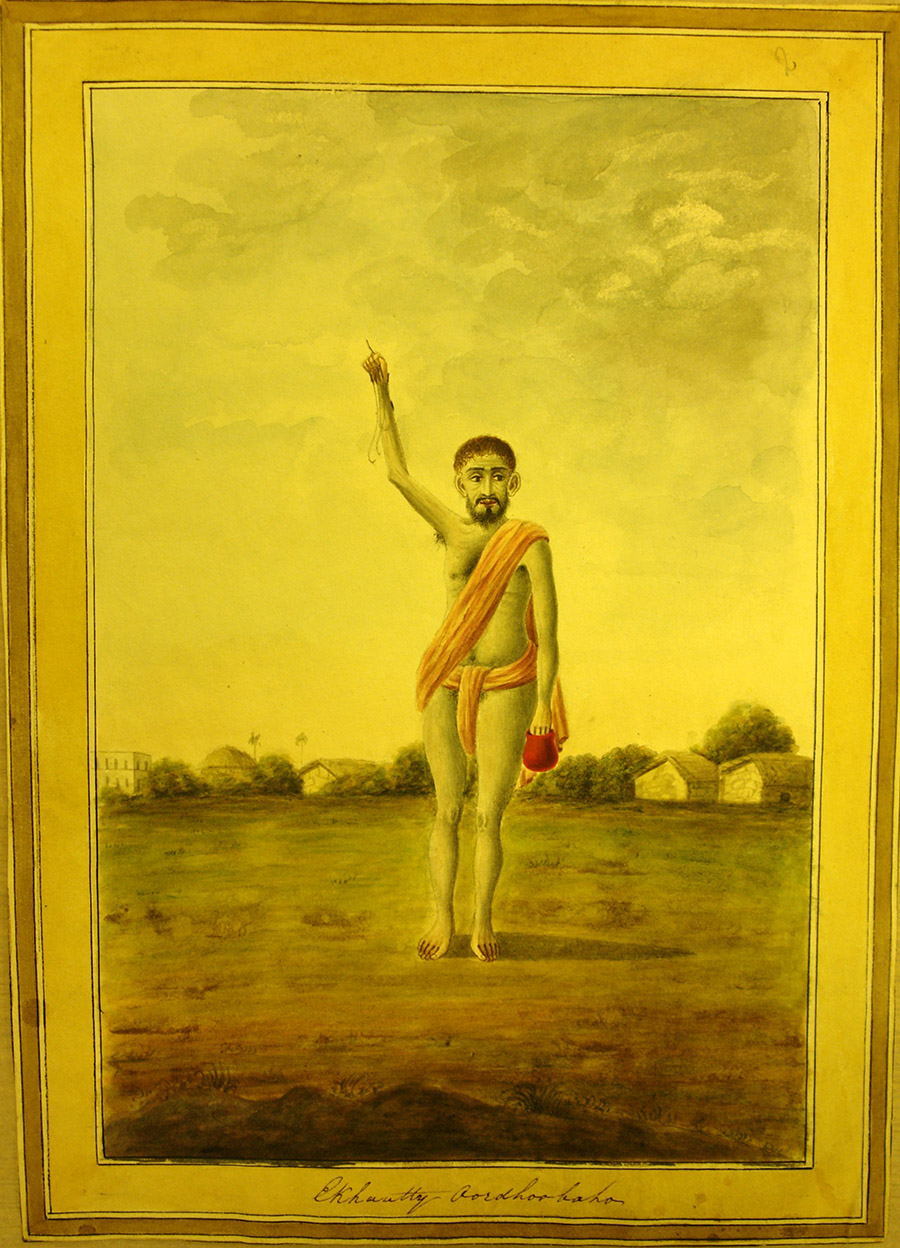 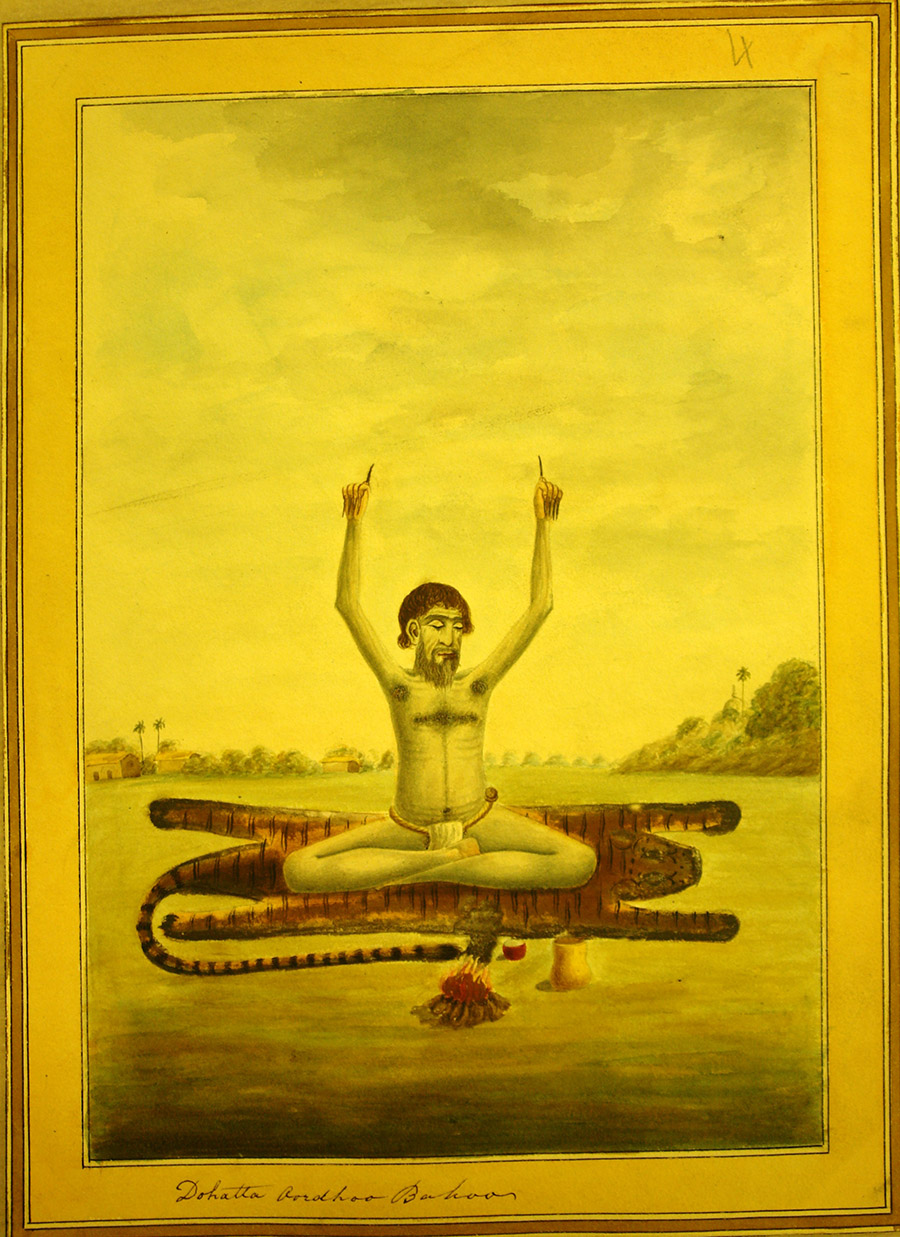 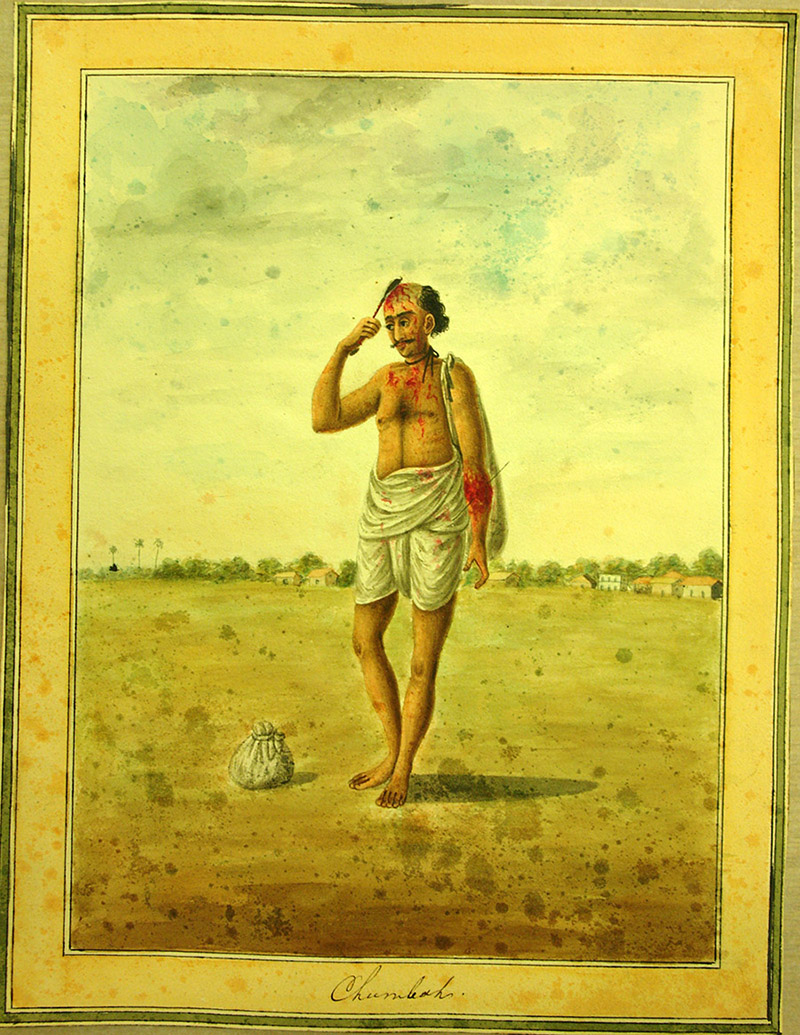 We are very grateful to Jim Mallinson for enlightening us more about yoga ascetic practices. The next lecture at the RAS will be on Tuesday 23rd February when we switch from asceticism to the Arts and Crafts Movement. As part of the Fresh Perspectives Series, Benedict Leigh will give his talk on C R Ashbee’s vision of Jerusalem, the English Arts and Crafts Movement in the Middle East. All are welcome to attend at 6.30 pm on the 23rd. (Note this is a change of date from the original programme) Our next RAS Lecture Series talk will be on Thursday 10th March when Professor Emerita Doris Behrens-Absouseif from SOAS will lecture on the  Scribes and Libraries in the Mamluk Period. Again we hope that you will be able to join us on that occasion.