On Thursday 13th October, Dr Chandrika Kaul from the University of St Andrews presented a lecture, detailing some of her current research, as part of the RAS Lecture Series for 2016-2017. She was warmly introduced by Gordon Johnson, the Society’s President.

Dr Kaul spoke on the BBC and India, and its role in mediating empire, war and decolonisation. She explained the different influences upon the BBC and considered how impartial it remained under pressures from Imperial administration and British government expectations. She spoke about the influence of the BBC’s Director General, Sir John Reith (later Lord Reith) and some of its producers and presenters  such as George Orwell, Louis MacNeice and Lionel Fielden. Dr Kaul presented an expansive account of the times, and of the types of programming that was undertaken in the period of the Second World War and into the era of independence, considering the arguments presented for the use of English as the majority language of  communication and for the employment of Indian nationals alongside English men as presenters.

The lecture was followed by a lively set of apposite questions, after which many stayed to talk further over a glass of wine.

The next lecture that will be hosted by the RAS is on Tuesday 18th October when Professor Francis Robinson and Marion Molteno will be launching Molteno’s book, the Famous Ghalib: The Sound of My Moving Pen, an new edition of the works of Ralph Russell, renown translator of Urdu literature. 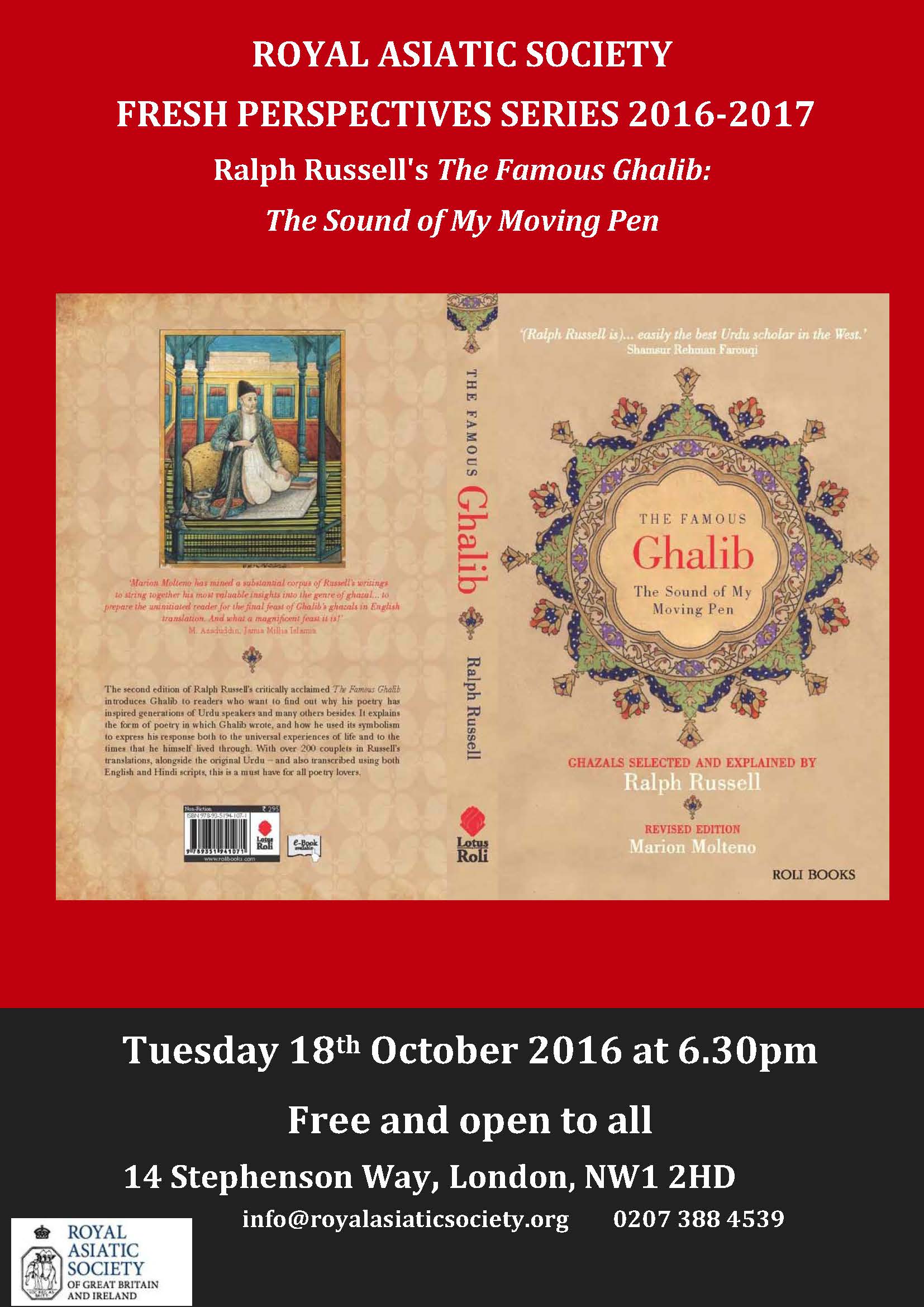 We look forward to welcoming you at the next lecture and throughout the year at the many events which we are hosting.