First, greetings to all in this week of Diwali which provides some light before the darkness of winter establishes itself.  The Society has had a very busy October. Giles Tillotson started the RAS year with a lecture on his most recent book Tiger & Tyrant: Images of Tipu Sultan in British History Painting looking at art created for a British audience after the Fourth Anglo-Mysore War. This was also the subject of an exhibition this summer, Image and Distance , the visual history of the Anglo-Mysore Wars curated by Giles at DAG, New Delhi. The painting below by Henry Singleton, who had never visited India, depicts the fall of Seringapatam in 1799. The painting was shown in India for the first time having been acquired by DAG. 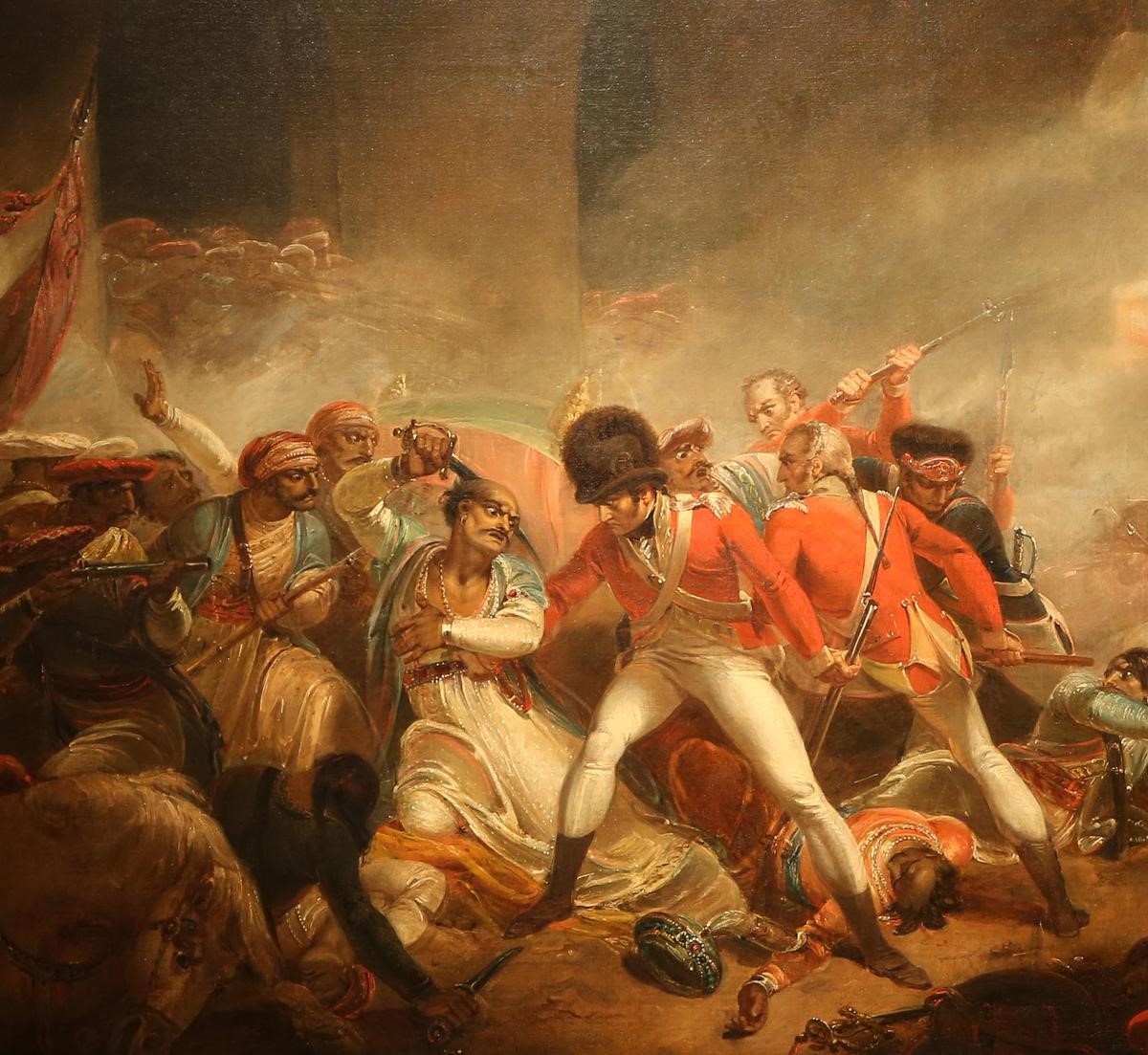 A workshop entitled Cultural Worlds at Jaipur was held on Saturday  8th October to celebrate the publication of Masterpieces at the Jaipur Court, edited by Dr. Mrinalini Venkateswaran and Dr. Giles Tillotson with contributions by scholars including Mrinalini and Giles, who were asked  to write about their favourite object in the wonderful collection of treasures in the Maharaja Sawai Man Singh II Museum.  Speakers included Ursula Weekes, Sonika Soni, Norbert Peabody, Sylvia Houghteling, Jagjeet Lally, Renate Dohmen, Richard Williams, Jim Mallinson, Karen Knorr, and Laura Weinstein.   For anyone considering visiting Jaipur shortly, this is a must-read before your visit. We still have a few copies of the book available for sale @ £25 so if anyone is interested please contact me at ao@royalasiaticsociety.org. The day ended at the Chokhi Dhani restaurant in Vauxhall where the participants were able to enjoy several Rajasthani dishes which had been carefully chosen by Mrin. 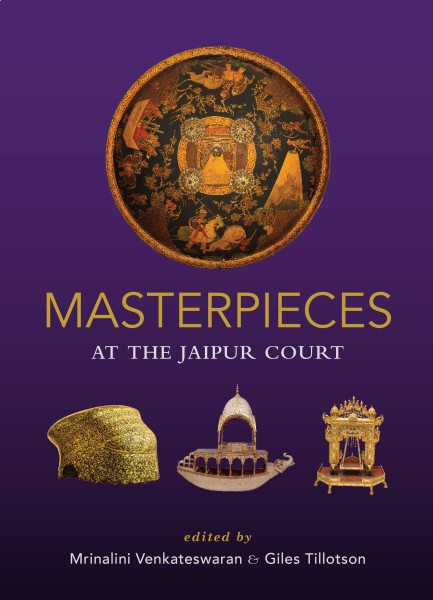 The David Morgan Memorial lecture was held on 13th October and attended by his wife Johanna and two of his daughters. David Morgan (1945-2019), a distinguished scholar of Mongol studies, had a long association with the Society,  in particular, the Journal where he served as Honorary Editor for many years. 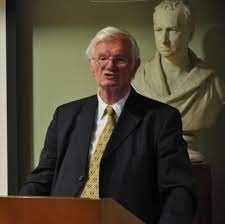 The lecture was given by Shivan Mahendrarajah entitled Cicero’s ‘Endless Streams of Money’ and the March of the Mongol Armies drawing on his latest book on the history of Herat. In addition, the winner of the David Morgan prize for an article published in the Journal by young scholars within 10 years of receipt of their Ph.D. was announced by Professor Peter Frankopan. Rather appropriately, it was awarded to Simon Berger ( EHESS, Paris) for his article Chinggis Khan Defeated: Plano Carpini, Juzjani and Symbolic origins of the Empire, which appeared in the first issue of 2021  with honorable mentions being given to Jonathan Lawrence ( University of Oxford) and Ali Karimi ( University of Pennsylvania). 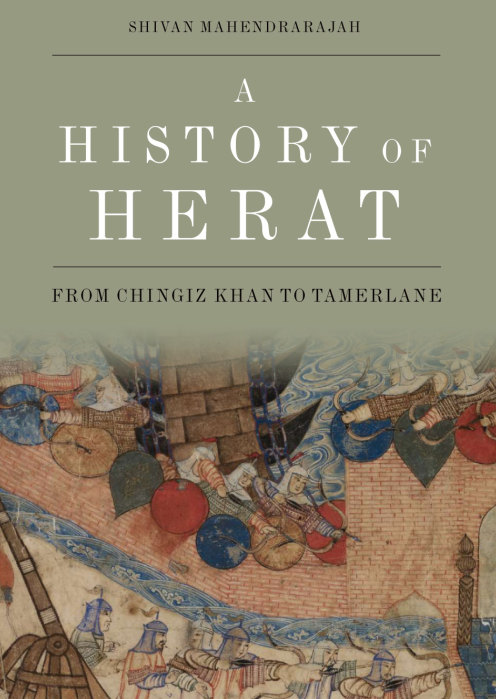 Sana Haroon also spoke to the Society via Zoom on the 17th of October on her book the Mosques of Colonial SE Asia which was published this year. Her lecture considered how Muslims sought to modify the laws that had been imposed by the colonial authorities relating to their places and methods of worship. Sara examined case studies concerning disputes in mosques in Rangoon, Aurangabad and Kanpur U.P. 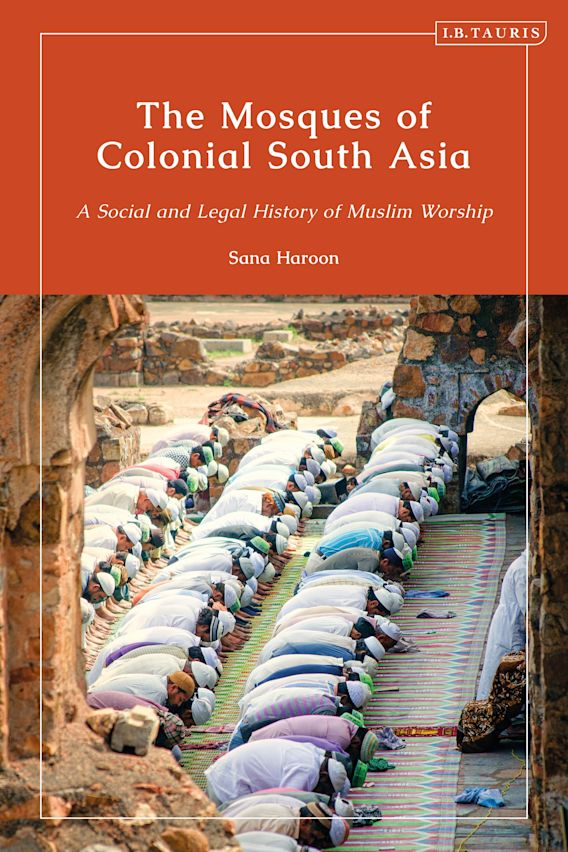 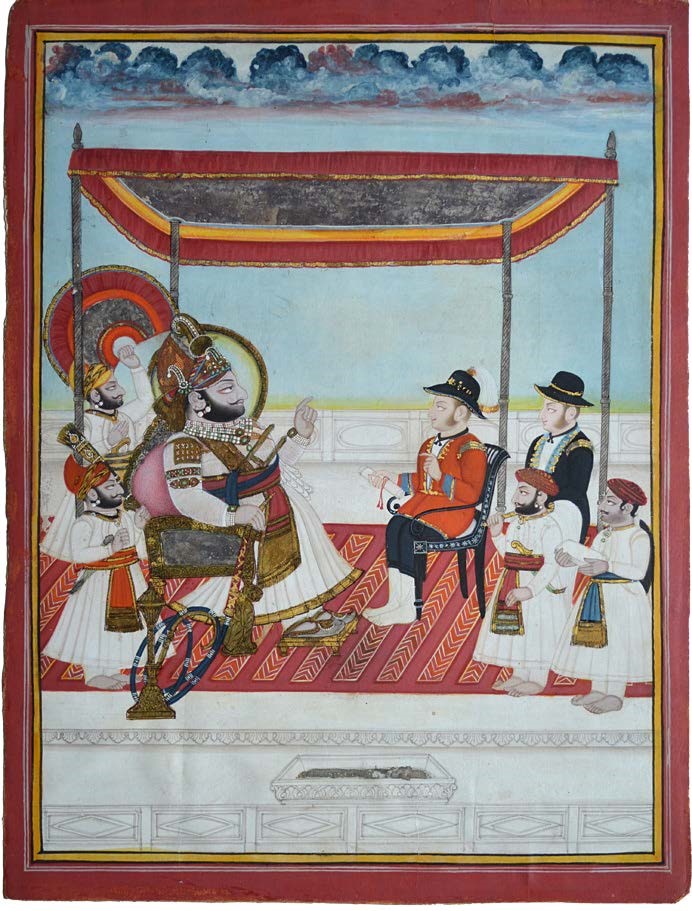 This week saw the launch of the Society’s limited edition re-issue of Lt.-Col. James Tod’s Annals and Antiquities of Rajast’han, with a new Companion Volume by Norbert Peabody (to be co-published by the Society and Yale) Tod was a founding member of the Society and its first librarian. While librarian, he completed his Annals (originally published in 1829 and 1832), which was the literary fruit of his 23-year East India Company career, during which he served as the first Political Agent to the Western Rajput States of Rajasthan (1818–22).

If you would like to purchase a copy, contact us as there is only a small window of opportunity. The offer will close on the 16th December after which the sales and distribution will revert to Yale and the price will be £850 rather than £725.

JOURNEY TO ARZRUM BY PUSHKIN TRANSLATED BY DEREK DAVIS

This week we celebrated the publication of the Journey to Arzrum by Pushkin as a special supplement of the Journal translated by Derek Davis, a long-standing member of our Council.   The meeting was chaired by Dr. Gordon Johnson ( Vice-president).  Derek’s lecture on understanding Pushkin was followed by a talk from Sir Tony Brenton, former British ambassador to Russia (2004-2008) who explained why the Russians view Europe with mistrust and suspicion.  Dr. Firuza Melville contributed to the discussion at the end.  The lecture was very well attended although there were difficulties with the internet for which we can only apologise. Derek has kindly agreed to re-record his lecture so those members of the audience who were unable to hear the lecture will be able to access it by Youtube. 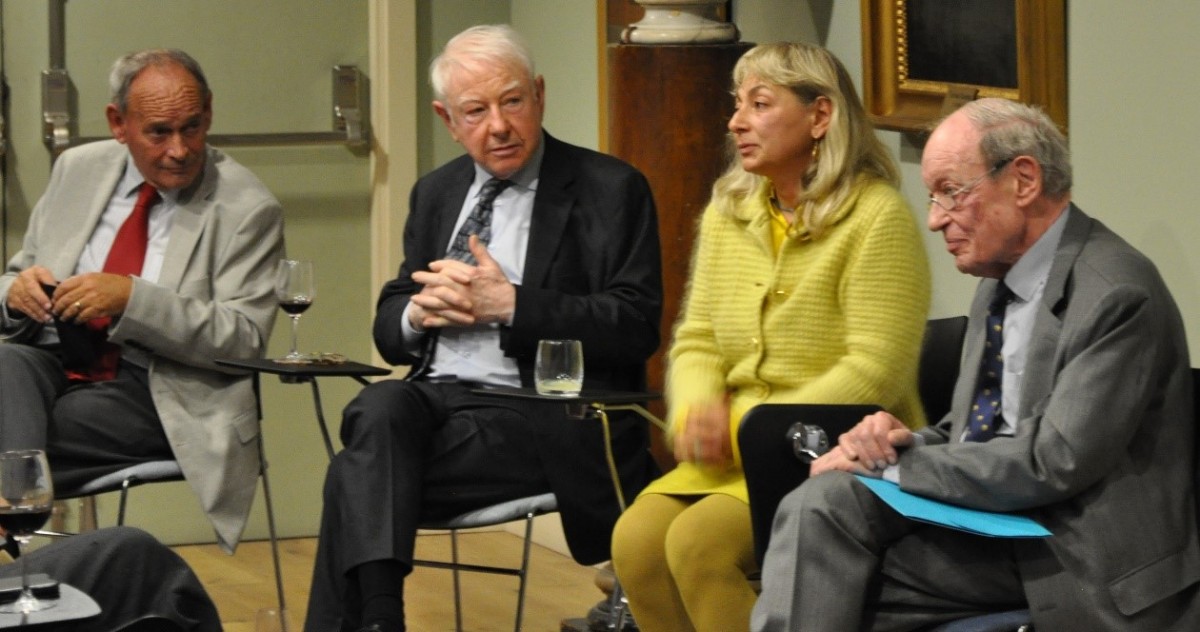 Readers may be interested in a blog post by the Society’s Librarian, Edward Weech, which highlights some of the key findings in his new biography of Sinologist and explorer Thomas Manning: https://manchesteruniversitypress.co.uk/blog/2022/10/05/10-facts-you-might-not-know-about-thomas-manning/ The book, Chinese Dreams in Romantic England: The Life and Times of Thomas Manning, will be published by Manchester University Press on 15 November (https://manchesteruniversitypress.co.uk/9781526164551/chinese-dreams-in-romantic-england/).