From this article, I discovered that the first medal associated with the Society was not actually presented by the Society but by the allied organisation, the Oriental Translation Fund.  This was founded under the auspices of the Royal Asiatic Society in 1828 for the purpose of financing the translation and printing of Oriental works in English. George IV agreed to be its patron and subscribers were sought to fund the translations. Early subscribers included the Kings of Belgium, the Netherlands, France, and Naples, the Archbishop of Canterbury and the Duke of Wellington. Translation began at once and the first volumes were published in 1829.

The Translation Committee also established a Committee Gold Medal to be awarded to scholars who produced outstanding translations. Further in the minutes for the 6 July 1829 it is written: “His Majesty has been graciously pleased to order two gold medals of the value of 25 guineas to be placed at the disposal of the Oriental translation Committee annually for the encouragement of the object of the institution.” 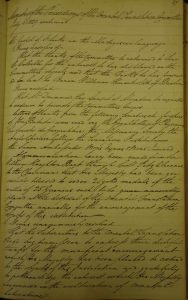 In June 1830, the Committee awarded one of the Royal Medals to the Rev. Samuel Lee, Professor of Arabic at Cambridge, for his translation of the Travels of Ibn Battuta. The frontispiece within his volume shows a depiction of the medal that he received. 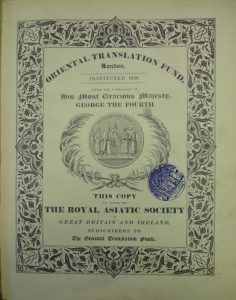 Samuel Lee (1783-1852) was a talented linguist – his talents as a teacher of Persian and Hindustani, were brought to the attention of the Church Missionary Society, who paid for his Cambridge education. He graduated in  1818 and became Professor of Arabic in 1819. Besides his Medal winning translation, Lee also was the author of a Hebrew grammar and lexicon, and a translation of the Book of Job.  He also helped create the first dictionary of te Reo, the Māori language.

The second Royal Medal was presented to John Francis Davis (1795-1890) for his translation of a Chinese literary text, Han Kung Ch’iu (The Sorrows of Han). Davis was appointed a writer in Canton in 1813 and was part of Lord Amherst’s Embassy to Peking in 1816. He eventually rose to be the second Governor of Hong Kong in 1844 but eventually left Asia in 1848.

Also in 1830, one of the Committee’s medals was given to Major David Price (1762-1835) for his translation of the Memoirs of  Jahangir. Price was also an East India Company man, serving in the army. But he also became interested in Persian culture, becoming a Persian translator. He returned to England in 1805 where he lived  at Brecon, writing works on oriental history and serving as magistrate.

George IV died in 1831 which led to changes in the wording on the medals and Major Charles Stewart (1764–1837) received the first of these new medals for his translation of the Memoirs of Timur. Stewart served in the Bengal Army and then became assistant-professor of Persian at Fort William College, Calcutta from 1800 until 1806. From 1807 until 1827 he was Professor of Arabic, Persian, and Hindustani at East India College, Haileybury.

At the time when John Hansman wrote his article, the Proceedings of the Oriental Translation Committee’s Minute Book, from early 1832-mid 1836, was missing. So he was unable to trace the history of the medal any further. I pleased to say that this volume is no longer missing. And in searching through I found some more information concerning the medal: 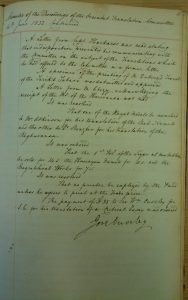 James Atkinson (1780-1852) was a surgeon working for the East India Company. But he was also a keen student of both art and Languages coming under the influence of Charles D’Oyly when first in India. And besides winning a Oriental Translation Fund medal he also donated this painting of the the 1st Earl of Munster, a former President of the RAS, in 1833 just before Atkinson’s return to Asia to serve in Afghanistan.

The Minutes also record the safe arrival of J.F. Davis’ Medal. The minutes of 1 October 1832  state that “A letter from Mr Thompson late of East India House was read stating that Mr Davis had informed him that he had safely received the medal which had been sent to him from the Committee” and those for 23 March 1833 read,  “Mr Haughton read a letter addressed to him by Mr Davis stating that he had received the gold medal which had been forwarded to him by the Committee”. 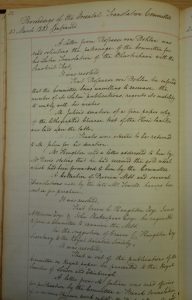 There are no further references to the medal in the Minutes, and we have no correspondence within the Archives concerning this medal. Therefore it would seem that the decision was made to spend funds on publications rather than on the conferment of honours. It was not until 1897 that the Society began the process of instigating another medal – to find out about that, you will have to wait for another blog post.