The Society is delighted to have acquired the A.C. Graham Library and Archive, which has been donated by the Graham family.

Angus C. Graham (1919-1991) was a central figure in the field of Chinese studies in post-war Britain. Through his academic research, translations, and several landmark publications, he not only shaped the understanding of classical Chinese philosophy within his academic discipline: he furthered its appreciation within wider British intellectual culture. Graham’s renditions of Tang-era poems had a particularly wide impact, notably Poems of the Late T’ang (Penguin, 1965) which inspired Roger Waters of rock group Pink Floyd. Some of Graham’s translations from traditional Chinese poetry have been set to music and the original musical scores can be found in the archive. 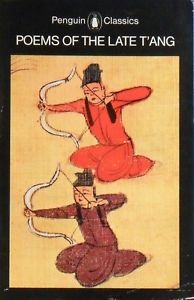 Reflecting Professor Graham’s extensive international contacts across multiple disciplines and areas of cultural life, the Papers of A.C. Graham contain correspondence with leading figures in Chinese studies, philosophy and logic, and poetry. The Papers also contain pre-publication versions of Graham’s own works, enabling new insights into the development of his thought and research methodology; as well as philological notes on his own publications and those of others. These unpublished notes and exchanges with colleagues around the world will be invaluable for illuminating the development of academic discourse about Sinology, language, and poetry in the post-war era, as well as the intersections between Chinese and Western philosophy more broadly.

The A.C. Graham Library contains several thousand texts on traditional Chinese philosophy and literature. The collection includes historical thread-bound works as well as modern annotated editions, with Graham’s notes and remarks in the margins. These notes provide rare glimpses into his detailed readings, train of thought, and his analytical procedures, tracing the genesis of his achievements as academic and translator. The Chinese-language material is complemented by a substantial amount of Japanese material on the fields of Chinese philosophy, language, and literature. The collection will serve as a new resource for scholars in Britain studying classical Chinese literature and philosophy; and will support academic mediation between these traditions and the British context, in the spirit of A.C. Graham’s own work.

Born in Glamorgan, Wales, A.C. Graham read Theology at Corpus Christi College, Oxford, before studying Chinese at SOAS, being appointed Lecturer in Classical Chinese at SOAS in 1950 and Professor in 1971. By preserving and making available his Library and Archive, the Royal Asiatic Society will further its mission of promoting scholarly exchange and public interest in the history and cultures of Asia. This donation follows the acquisition, in 2015, of the Papers of Thomas Manning (1772-1840), one of Great Britain’s first Sinologists, and we are pleased to be able to continue to develop the Society’s holdings in the area of Chinese studies. This serves our goal to support new research and encourage opportunities for the invigoration of British cultural life through contact with the intellectual traditions of Asia.

Work to begin the online cataloguing of the A.C. Graham Collection will begin soon. Anyone who is interested in finding out more about the collection is requested to contact us (details are available on our website).