It is with great sadness that we announce the death of Michael Pollock on 27th January 2019. He was a former librarian at the Royal Asiatic Society, moving from the British Library to take up his post here on 11 September 1989, and serving in the position until spring 2004. Many of our long-standing Fellows will remember his time at the Society. Director, Alison Ohta, writes: “Michael was very proud of the library and built long-standing relationships with many of its readers. Michael was also a Fellow of the Society and attended events on a regular basis, until recently, with his wife Irene. We offer our sincere condolences to his wife, Irene, and daughter, Katy”.

I only met Michael on a handful of occasions at lectures he attended, his tenure as librarian being over well before mine began as archivist. But in sorting through the institutional archives, I have found his ‘footprints’, as he instigated many initiatives, answered enquiries and cared for the collections. As with all positions both Edward Weech, the current librarian, and myself, as archivist, stand metaphorically on the shoulders of those who have come before us – those who embraced the idea of putting together these collections, and those who subsequently have both cared for and added to them. We are grateful for the hours spent by previous librarians making sure that these Collections are still available to researchers today.  I am currently sorting through the collections research enquiries records within the institutional archives and have found many thanking Michael for his work. Here are a small selection: 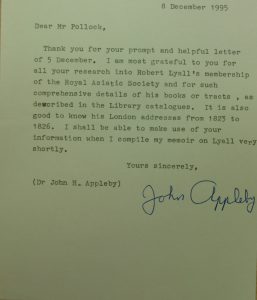 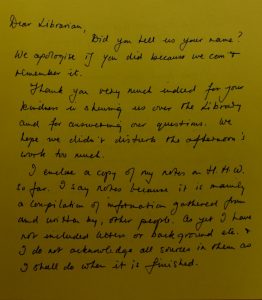 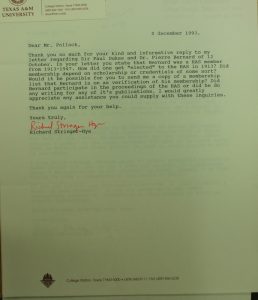 One of the joys of working with collections is gaining insight into what has gone before. I only knew Michael as an older man, but here is evidence of the man some of you will remember:

And those of your with more long-standing memories of the Society may recognise this dapper gent: 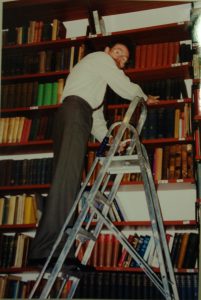 We do express our sincere condolences to Michael’s family at this time.

In other news, the Society would like to welcome you to a lecture on Thursday 7th February, 6.30 pm, when Dr John Clarke from the Victoria & Albert Museum will speak on “Collecting Tibet at the South Kensington Museum: the legacy of the 1904 expedition and beyond”. 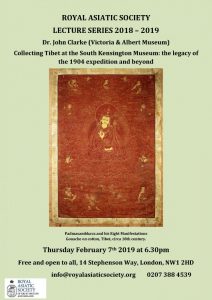