The Rise of the Ottoman Empire: Studies in the History of Turkey, 13th-15th Centuries

“Heywood gives us a unique opportunity, and reveals himself to be a particularly masterful guide in unlocking the background of Paul Wittek’s intellectual process”

“… almost as important as the publication of the original. Heywood has produced an outstanding, erudite work in commenting on Wittek’s life and career”

Paul Wittek’s The Rise of the Ottoman Empire was first published by the Royal Asiatic Society in 1938. This reissue of the text brings together material which is now almost inaccessible. An introduction by Colin Heywood sets Wittek’s work in its historical and historiographical context, for the benefit of those students who were not privileged to experience it first hand.

Paul Wittek (1894-1978) was one of the leading Ottoman historians of his generation, and became the first holder of the Chair of Turkish at the University of London. Colin Heywood taught at the School of Oriental and African Studies, University of London, where he took courses with Wittek in the 1950s. 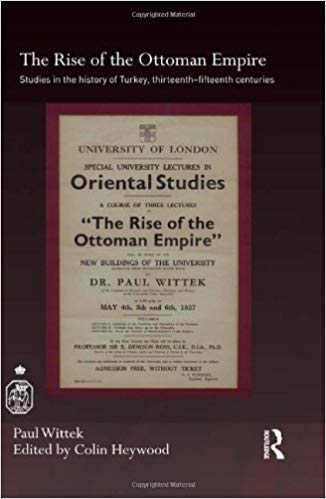