Please join us at 6:30pm on Thursday December 9th for a hybrid lecture given by Dr Jennifer Howes on ‘The Story Tellers of Mysore: Tipu Sultan’s female entourage and the 1806 Vellore Mutiny’.

After the Fourth Mysore War, when the British were dismantling Tipu Sultan’s establishment, the East India Company unexpectedly took charge of 601 women who resided permanently in Srirangapatnam Palace. Along with Tipu’s sons, they were moved 200 miles east to Vellore Fort, in the Company-controlled territory of Madras Presidency. Documentation about these court women held in colonial archives describes moments when they behaved in unexpectedly difficult ways. Dr Howes argues that rather than being seen as voiceless victims, these sources show that the women were using the domestic powers granted to them under Tipu Sultan’s establishment to influence their treatment by the East India Company.

Dr Jennifer Howes is a London based Art Historian specialising in the art and architecture of India. In 1999 she was awarded a PhD in Art and Archaeology from the School of Oriental and African Studies and then worked for 14 years as the Curator of Visual Arts at the British Library. 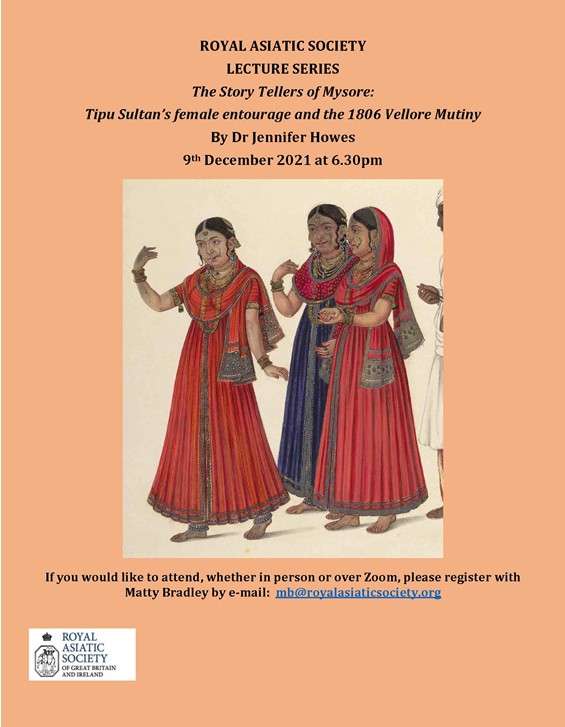