We are delighted to announce that two more manuscripts from the Society’s collection have been digitized, and are now available to view in their entirety on the RAS Digital Library.

The first is a large Qur’an [RAS Arabic 4], probably originating from eighteenth-century Banten (Java), whose splendid Arabic calligraphy is complemented by interlinear Malay translation in a fine, small hand, hanging diagonally to the left. This is one of only a few extant Qur’an manuscripts known to feature interlinear Malay translation. Another unusual feature of this Qur’an is that reading instructions in Malay are provided in the margin alongside sūrah (chapter) headings. This fascinating manuscript can now be read and admired online via https://royalasiaticcollections.org/ras-arabic-4/. 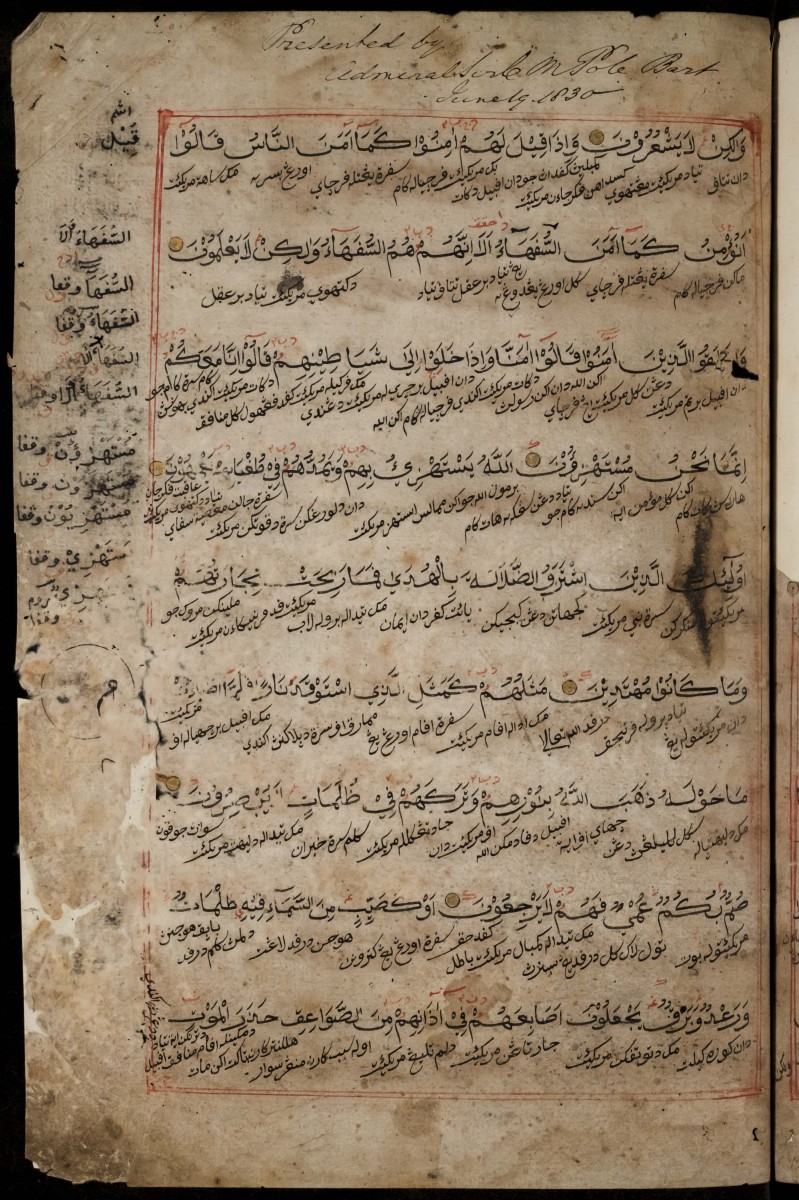 This manuscript was presented to the RAS by Sir Charles Morice Pole (1757-1830), a naval officer who had served in South Asia, shortly before his death. (For more information about this manuscript, see Annabel Teh Gallop, ‘Qur’an Manuscripts from Southeast Asia in British Collections’ (forthcoming)).

The second manuscript is Silsilah Raja-Raja Brunei, a history of Brunei [RAS Malay 123]. This manuscript is recorded as having been copied in AD 1936 by Haji ‘Abd al-Ghafur bin ‘Abd al-Mu’min of Sarawak. Part of the original text is much earlier, and this copy was based upon an earlier recension made in 1841. The manuscript is written in Malay in Jawi script, and a Romanised version was published as MS B in P.L. Amin Sweeney, ‘Silsilah Raja-raja Berunai’, Journal of the Malaysian Branch of the Royal Asiatic Society 1968 (41(2): 1-82). Now that the original text has been digitized, it can be viewed online via https://royalasiaticcollections.org/ras_malay_123/ 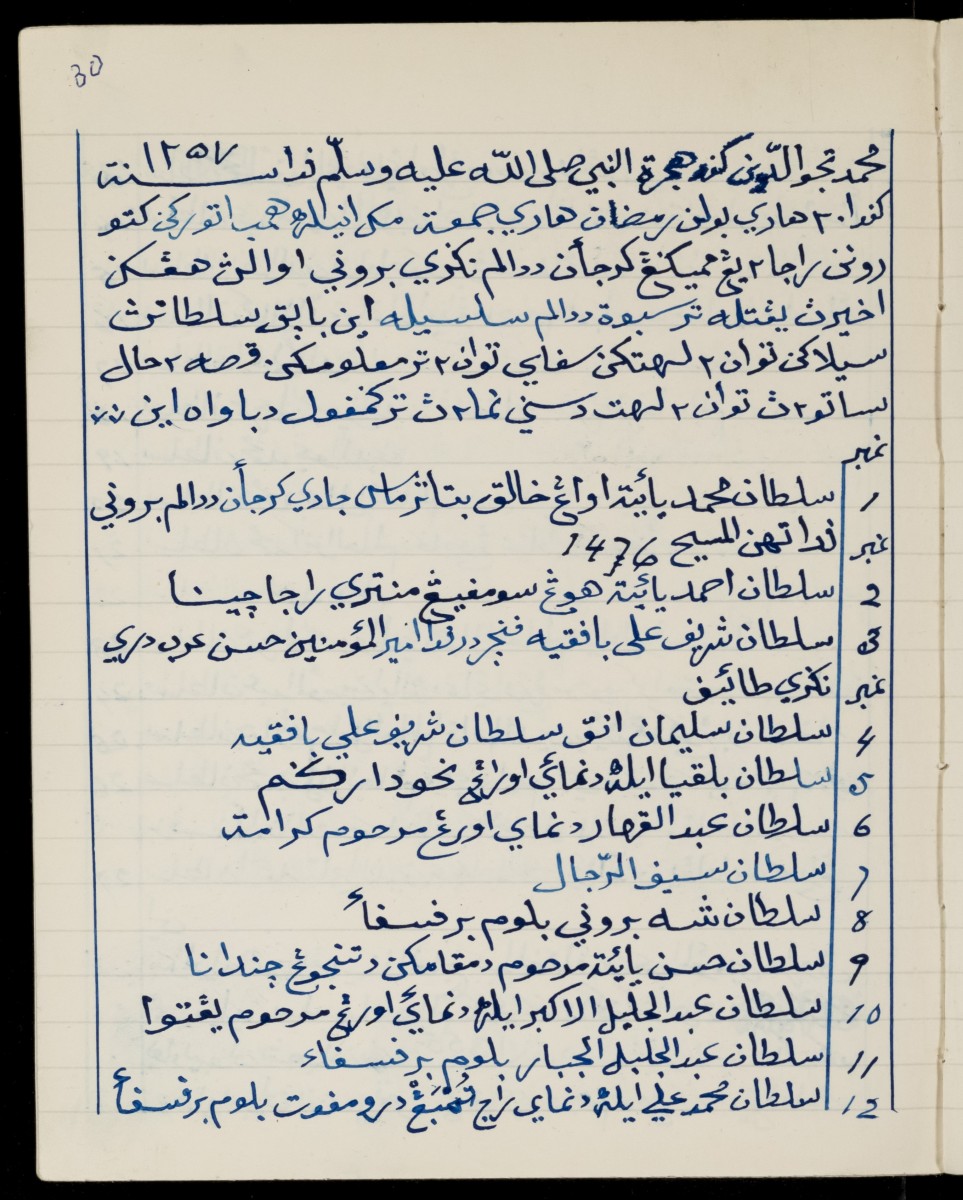 This manuscript was donated to the RAS by Sir Richard Winstedt (1878-1966), Reader in Malay at SOAS, who served as the Society’s President on numerous occasions between the 1940s and 1960s.

For generously funding the digitization of both these manuscripts, we are grateful to Dr Annabel Teh Gallop FBA.

As we look forward to the Society’s bicentenary year in 2023, we continue to think about how to celebrate and reflect on its past activities and achievements. One of our objectives is to build upon the success of previous digitization projects by making even more of our historic treasures available online. To that end, we will soon be highlighting additional manuscripts which, due to their intellectual or artistic significance, have been identified as prime candidates for digitization. We will be inviting sponsorship from our members, friends, and supporters to make these available via our Digital Library. Further details will be provided via this blog, so please stay tuned for further updates.