On Friday 18th March, John Whelpton, Honorary Research Associate at the Chinese University of Hong Kong, lectured on “Jang Bahadur in Europe; the First Nepalese Mission to the West”. By 1850 this Nepali ruler  had eliminated all his potential rivals. With his kingdom relatively secure, he took the unprecedented step of visiting both Britain and France in 1850-51. In terms of  negotiating trade deals the mission may be considered as unsuccessful but Jang Bahadur and his retinue were given a sight-seeing tour of Britain enabling them to see much of the nation and for the people of Britain to see this exotic ruler. It could also be argued that in terms of linking Nepal with Britain in future territorial matters, then the visit was one of significance. We are grateful to John Whelpton for his informative talk and look forward to his forthcoming book on the topic.

In our archive we hold a collection of papers belonging to Brian Houghton Hodgson who spent a considerable time in Nepal. One of these is an autograph book containing certificates and letters relating to Hodgson’s life. These were collected together by his wife, Susan, and amongst them are some from Jang Bahadur. These letters date from 1855, so after the visit to Britain, and by this time Hodgson was actually living in Darjeeling. David Waterhouse in “The origins of Himalayan Studies: Brian Houghton Hodgson in Nepal and Darjeeling 1820-1858” informs us that Jang Bahadur had charged Hodgson with the responsibility of the education of his son-in-law at Darjeeling and Hodgson was also pivotal in persuading the British Government to accept military aid from Nepal. The letters within the archive are pertaining to the education of Jang Bahadur’s son-in-law and with collecting specimens for Hodgson. Here is how some appear in the autograph book. sometimes with translations: 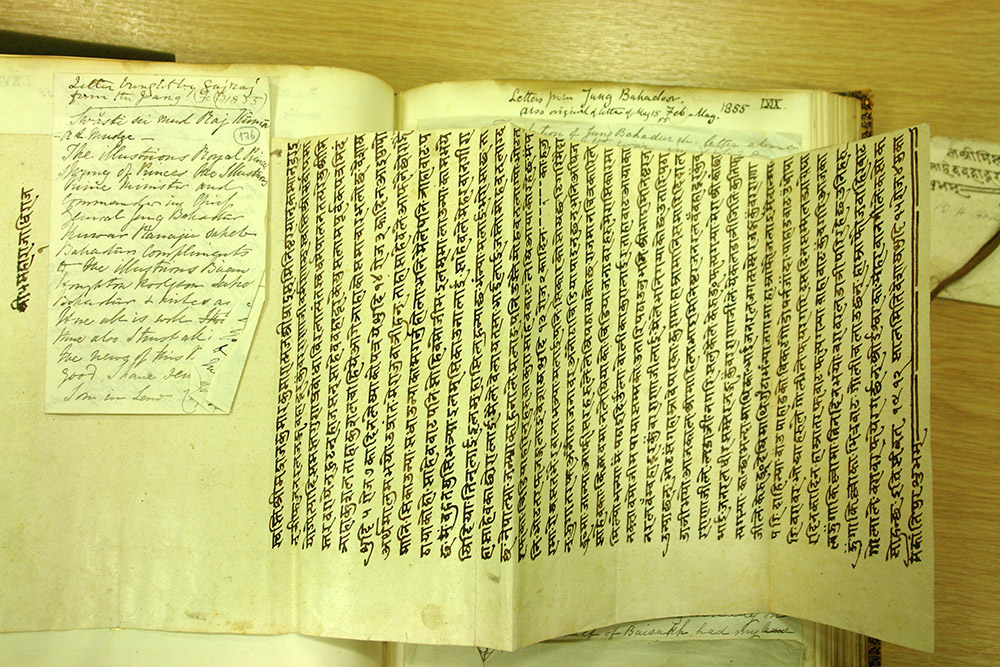 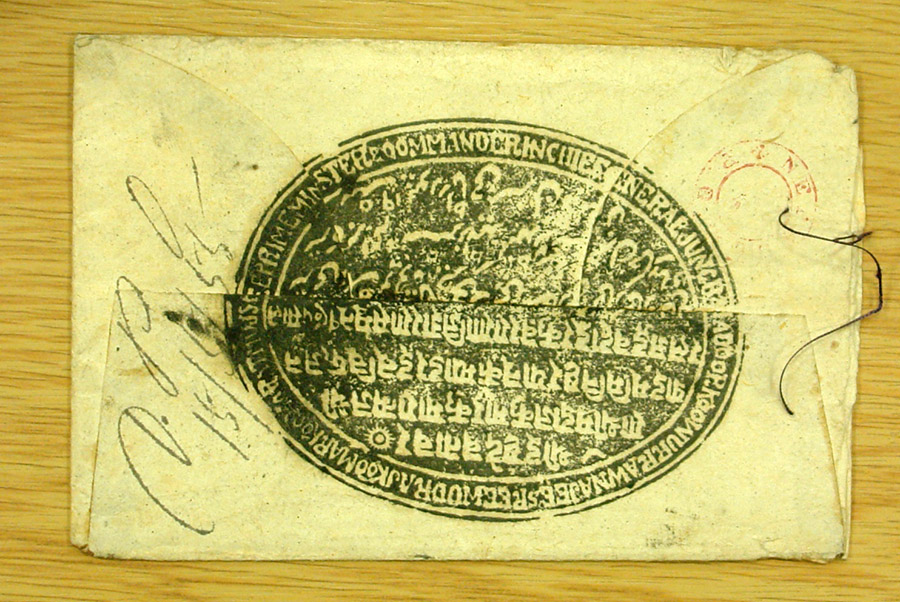 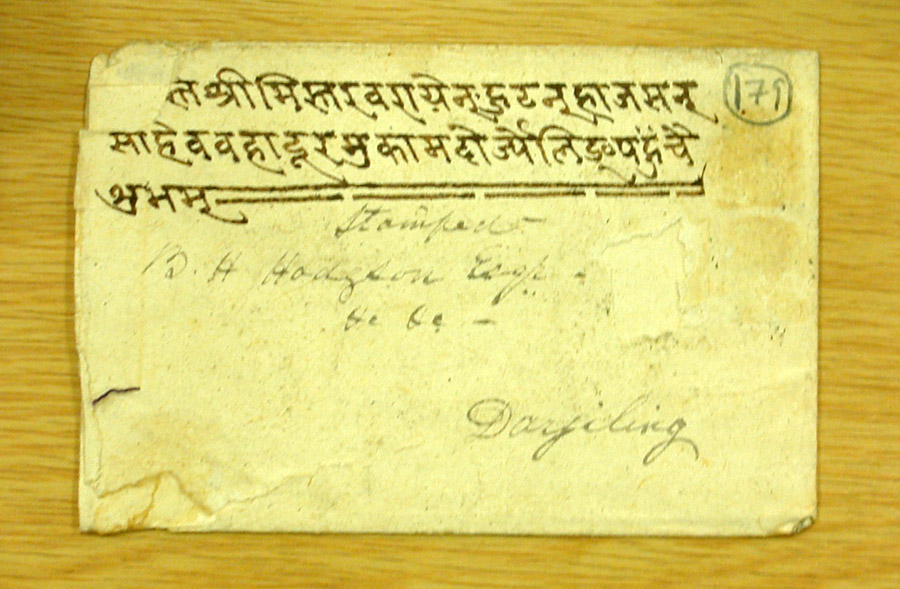 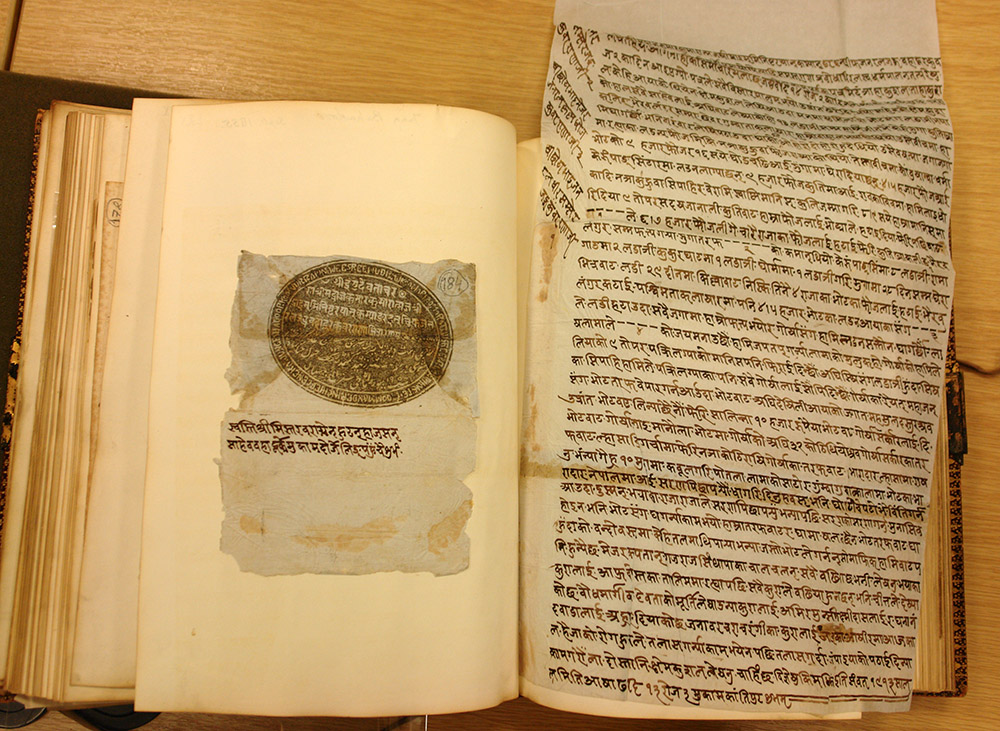 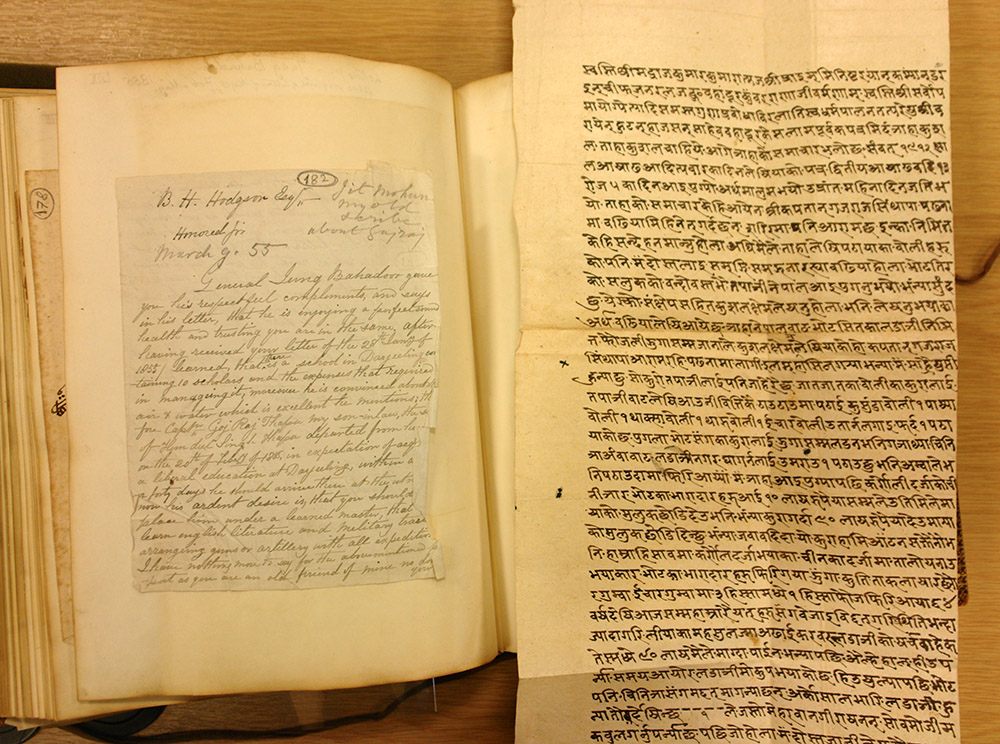 John Whelpton’s lecture was part of a series in commemoration of the Bicentenary of Nepali- British relations. Our next event will be on Thursday March 31st at 6.30pm when Thomas Bell will launch his new book, “Kathmandu”. In the book Bell explores:

Kathmandu, the greatest city of the Himalaya; a place where unique cultural practices that died out in India a thousand years ago have survived. It is a carnival of sexual license and hypocrisy, a jewel of world art, a hotbed of communist revolution, a paradigm of failed democracy, a case study in bungled Western intervention, and an environmental catastrophe.

Closed to the outside world until 1951 and trapped in a medieval time warp, Kathmandu’s rapid modernisation is an extreme version of what is happening in many traditional societies. The many layers of the city’s development are reflected in the successive generations of its gods and goddesses, witches and ghosts, the comforts of caste, the ethos of aristocracy and kingship, and the lately destabilising spirits of consumer aspiration, individuality, egalitarianism, communism and democracy. Erudite, entertaining and accessible, it is the fascinating chronicle of a unique city.

Proceeds from book sales on the night will be donated to  CITTA a charity that promotes health, education and economic development in deprived communities.

We look forward to welcoming you to this event. But in the meantime we would like to take the opportunity of wishing all our blog readers a very happy Easter weekend. The Society will be closed from Thursday 24th March, re-opening on Tuesday 29th March.