On Tuesday 23rd January, we welcomed Dr Alban von Stockhausen, from the Bernisches Historiches Museum in Bern, to lecture on “Images and (Post)colonial Encounters: A History of the Visual Representation of the Nagas of Northeast India”. Dr von Stockhausen provided a timeline of the anthroplogy and photography, by western researchers, of the Naga people drawing from his research for his recently published book, “Imag(in)ing the Nagas: The Pictorial Ethnography of Hans-Eberhard Kauffmann and Christoph von Fürer-Haimendorf”.

Such a lecture always takes me rushing down to the Collections to see what material we hold on the subject. And to my delight, I found that we have Christoph von Fürer-Haimendorf’s book “The Naked Nagas: Head-hunters of Assam in Peace and War”. So from the 1946 Calcutta edition, I’ve taken some of the images which Dr von Stockhausen has researched. 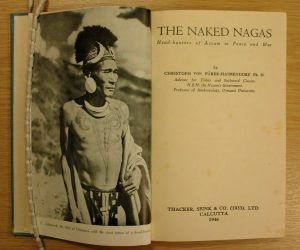 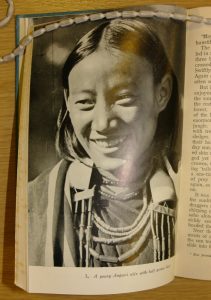 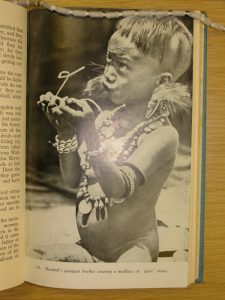 The RAS Collections hold a significant amount of literature on the Nagas including some by other researchers that Dr von Stockhausen considered. We have an 1893 “Ao Naga Grammar” by Mary M. Clark who worked with her husband E.W. Clark in compiling both vocabulary and grammar of the Naga people. 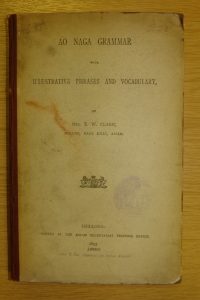 We also hold the series of works produced by Macmillan and Co., Limited, in the 1920s, which includes several works by John Henry Hutton (1885 – 1968), an English anthropologist and Indian civil servant. His works include this volume on “The Angami Nagas”, published in 1921. 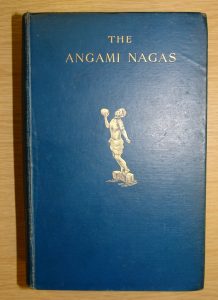 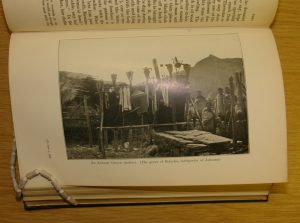 This series was added to by others under the supervision of Hutton. One contributor was James Philip Mills, who produced this book on “The Lhota Nagas”. 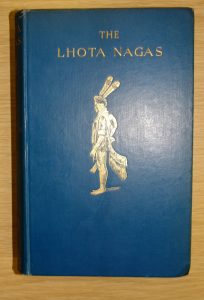 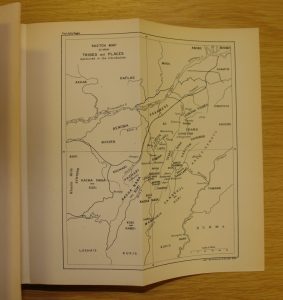 Those with an interest in Mills might like to know that SOAS has an archive of some of his ethnographic photographic material.

Dr von Stockhausen, in his research of these early anthropologists has discovered some interesting details regarding the collating of their information and its presentation to the western world. For those of you who are interested to learn more, then the podcast of his lecture will be available here.

Our next lecture will be on Thursday 8th February  at 6.30 pm, when Dr Annabel Gallop, from the British Library, will lecture on “The Great Seal of Aceh”. We hope to welcome many of you to this lecture.