On Tuesday 8th December, we welcome John Earle to lecture in our Fresh Perspectives Series. He will talk on “British Vice-Consul and Local Hero: Nicholas Loney and a Sweeter Life on a 19th Century Philippine Island”. Loney was employed by Ker & Co., a merchant house based in Singapore. In 1851, Loney went to work in Manila on behalf of Ker & Co. and, following the opening up of three further Philippines ports, Loney was posted to Iloilo where he became the first British Vice-Consul in 1856. Loney encouraged the growing sugar trade by giving loans and importing modern processing machinery. He was also instrumental in improving the docks at Iloilo. He is still today recognised as an important figure in the history of the Philipines.

However not all was sugar-sweet in the Philippines during Loney’s time there. A delve into our archives about the Philippines led me to the Howell Collection of photographs of China, Hong Kong, Japan and the Philippines. These photos were acquired by A.P. Howell of Dent & Co, a merchant company based in China in the 19th century. These photos date from the 1860s and were presented to the RAS by Howell’s son, Mr E.B. Howell in 1939. The photographs from the Philippines are all from Manila – after an earthquake on 3rd July 1863. Here are some examples: 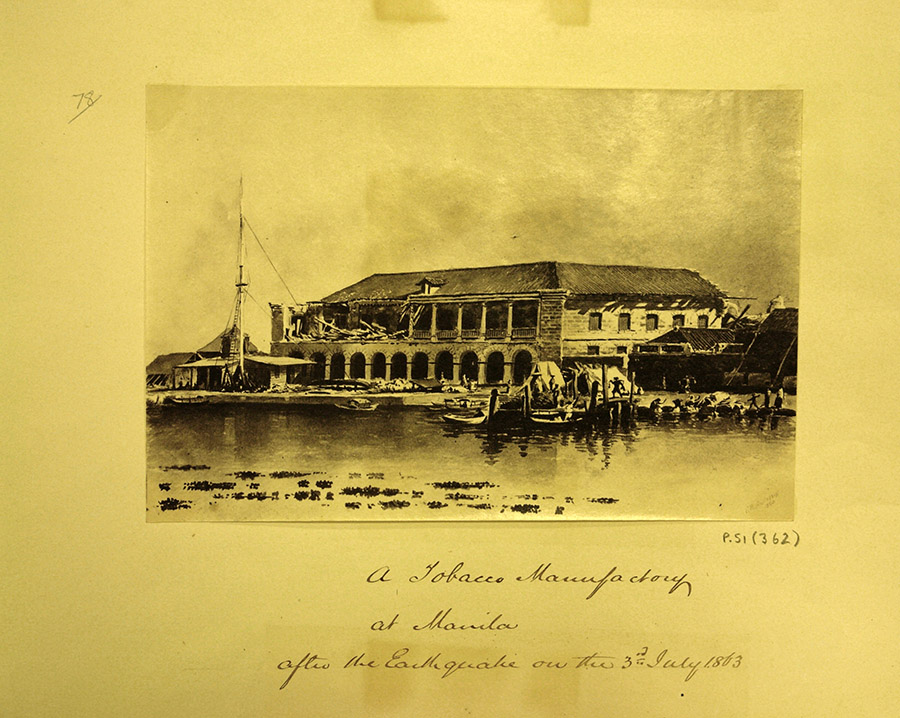 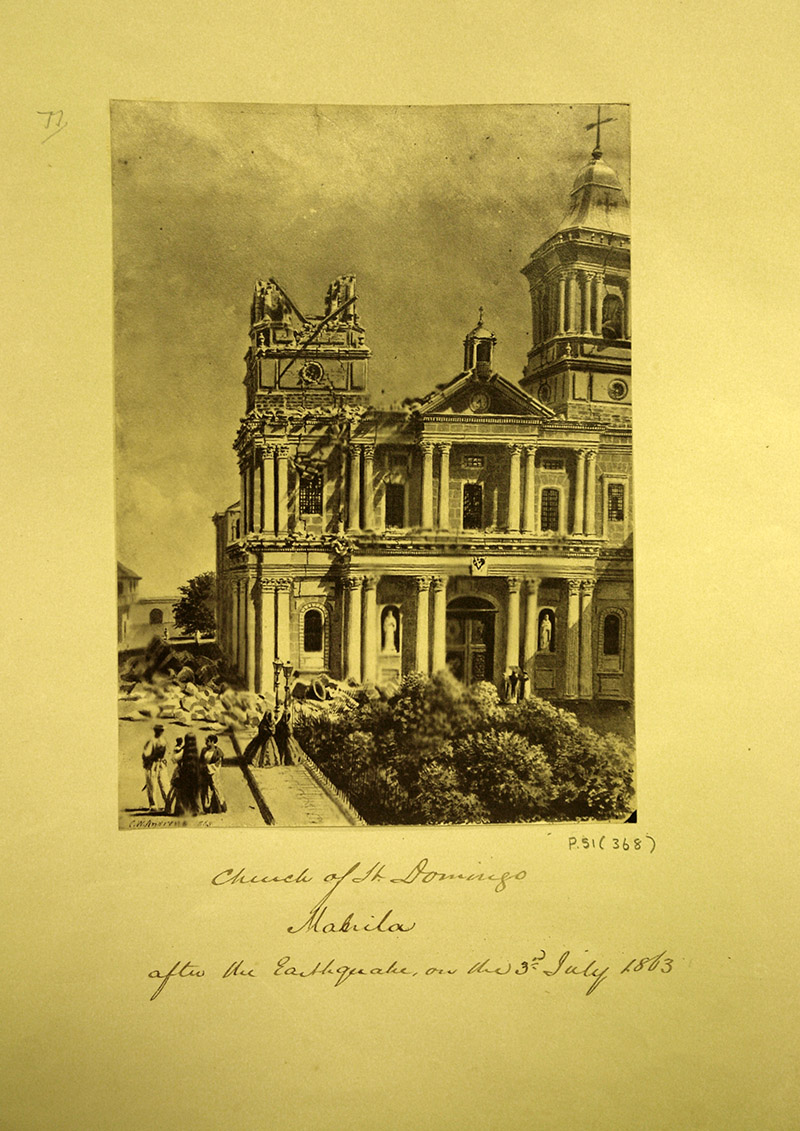 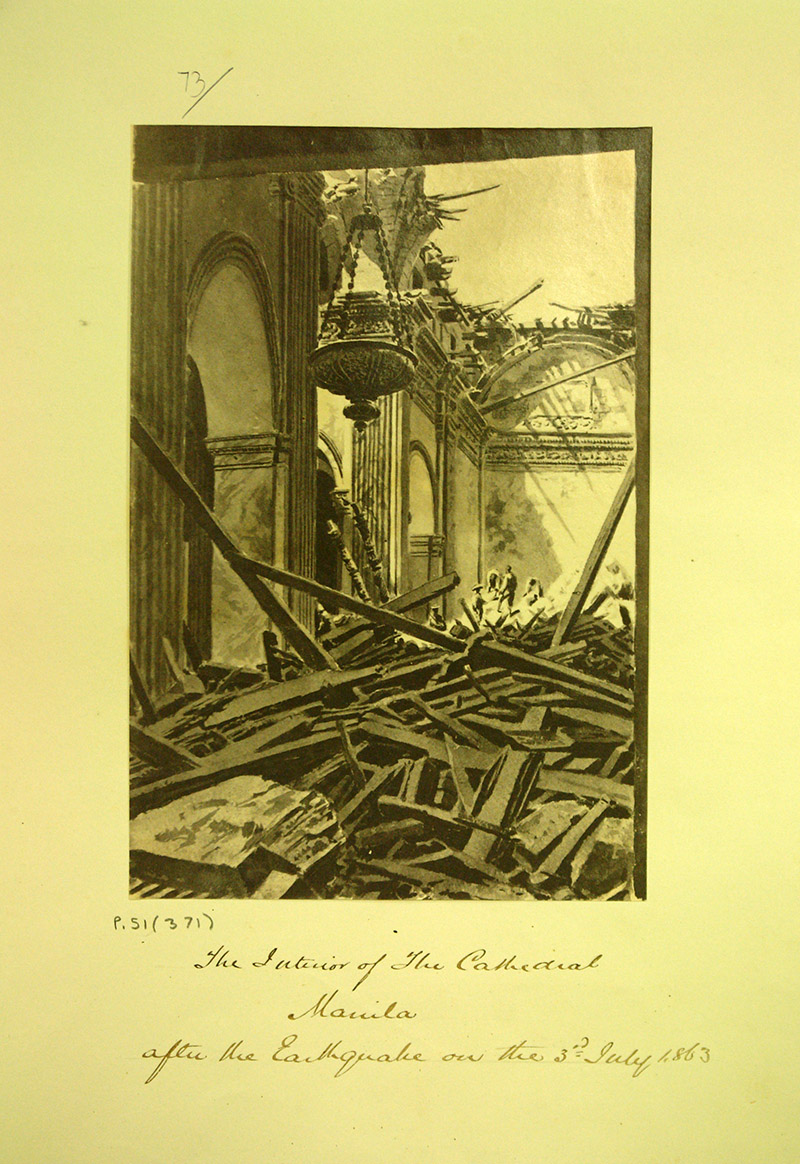 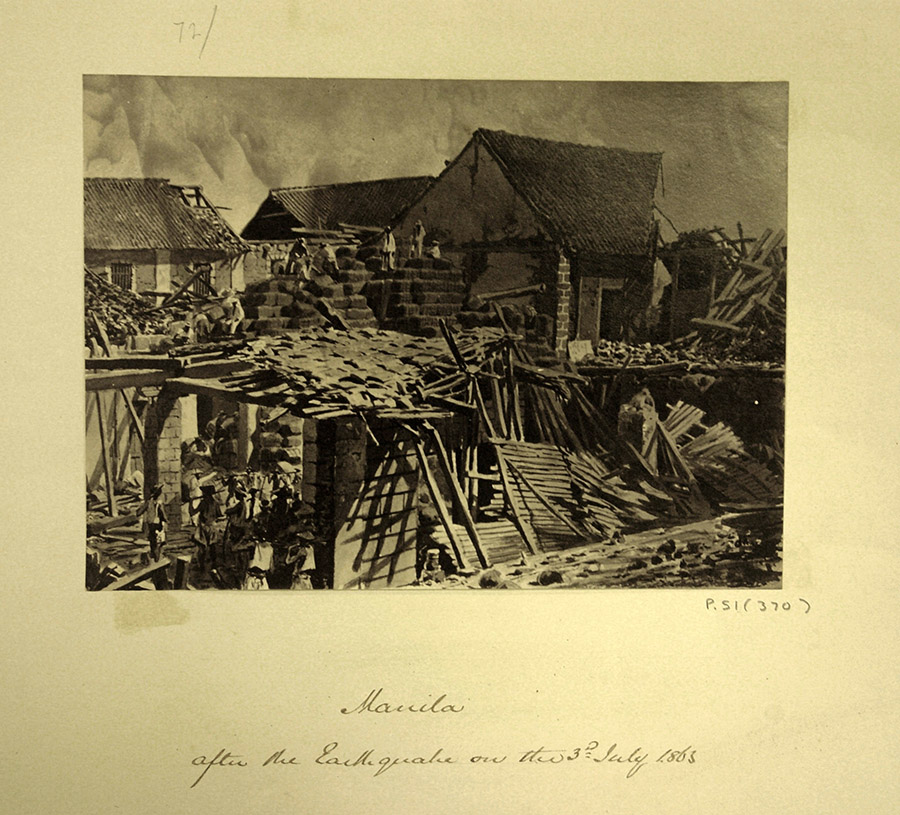 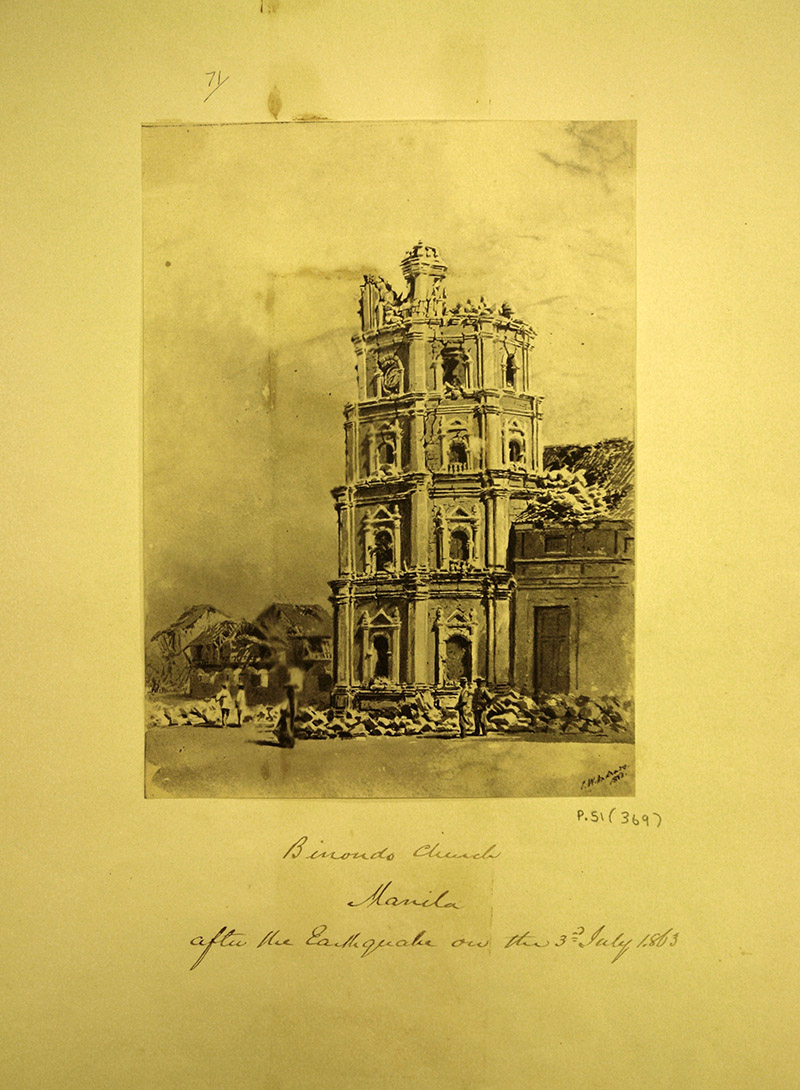 This whole collection gives a fantastic insight into life in the Far East in the 19th century with photographs of both people (indigenous and European) and places providing a glimpse into the life and culture of the period.

We also have some later photographs of the Philippines. These are part of the Horace Geoffrey Quaritch Wales Collection. These came into the Society in 1995 from his widow, Mrs Dorothy C. Wales, who also donated several items of furniture, and books, maps, photographs and other items connected with his time in South-East Asia. Quaritch Wales was in the service of the Siam Government from 1924-1928. He continued to explore South-East Asia for much of his life as a surveyor and archaeologist. His photographs date from a tour of “Malacca: British North Borneo & The Philippines, 1927”. These photos give a more extensive picture of the country, but are unlabelled. So if anybody recognises their locations, please let me know. 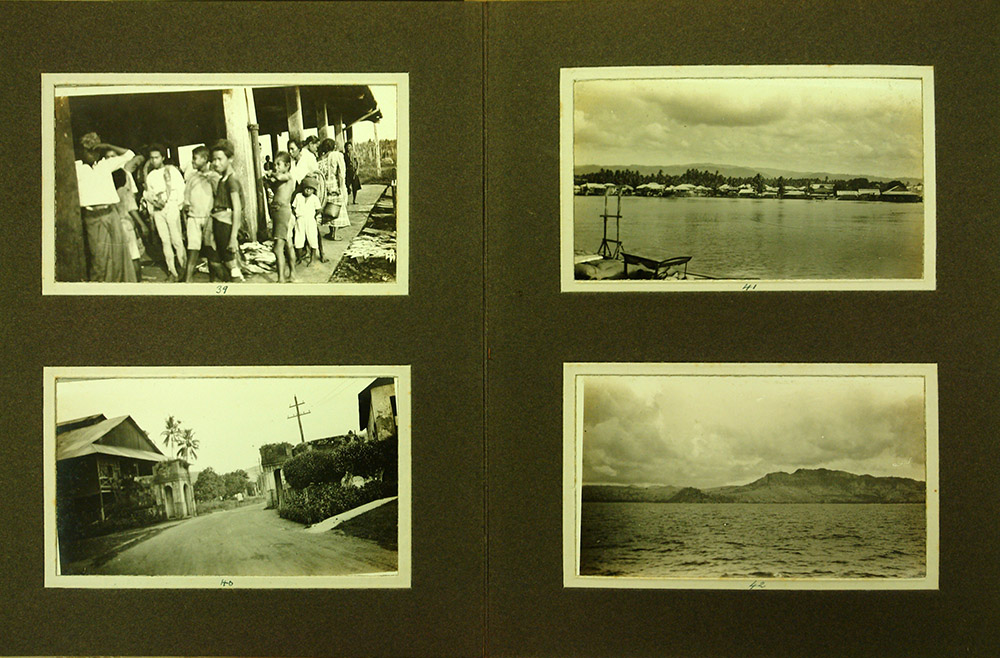 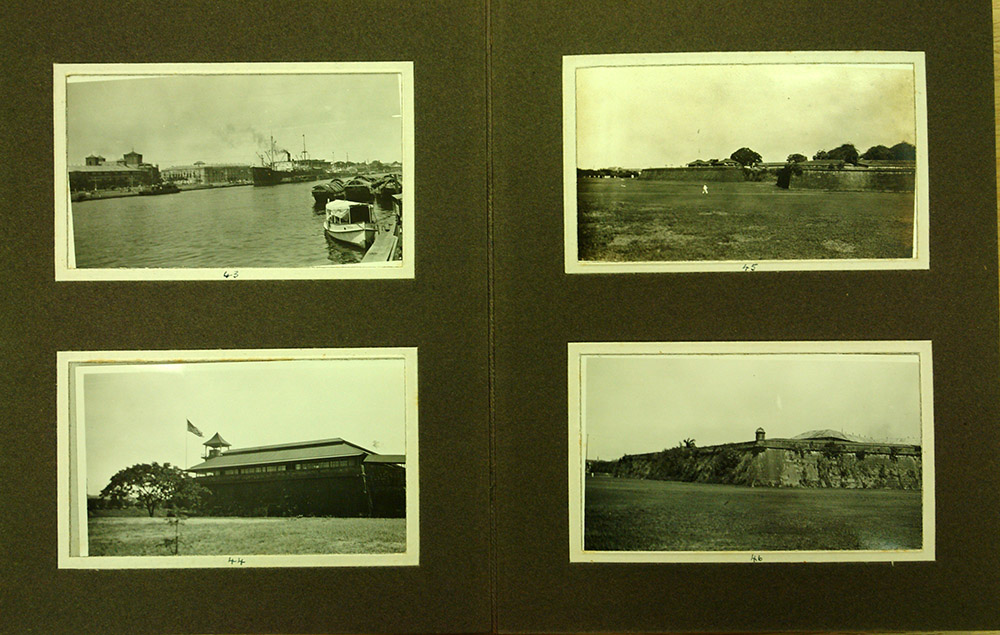 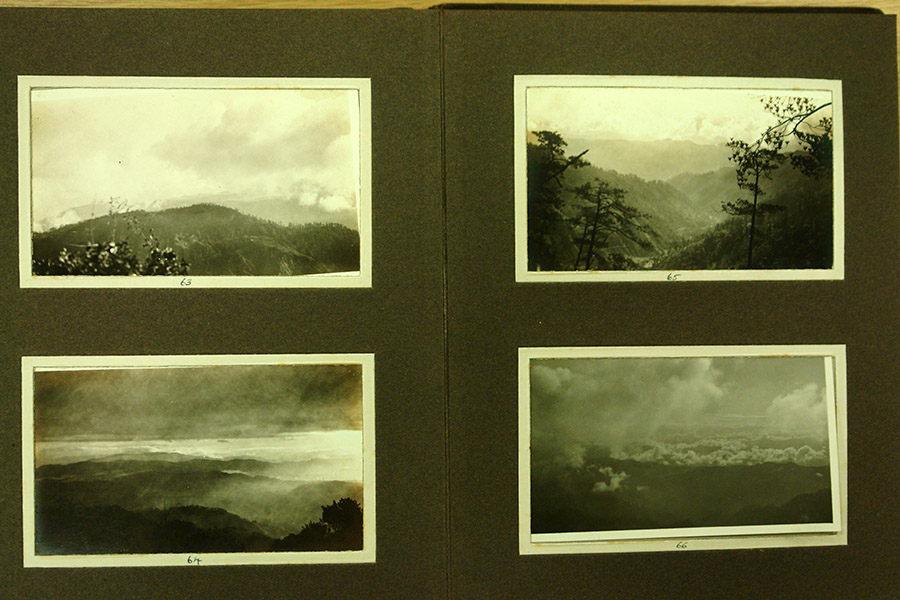 So, please come and join us on Tuesday 8th December at 1830 to hear about Nicholas Loney – a key figure in the history of the Philippines.

Also, I would like to take this opportunity of reminding you about the next lecture in the RAS Main Lecture Series. On Thursday 10th December at 1800, Kaveh Bakhtiar, RAS Council Member, will be speaking on “The British Mosque: Fragments of an alternative architecture”. I look forward to hearing his lecture and blogging about it in the near future.