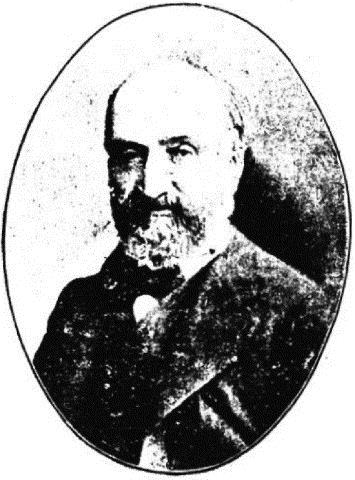 Alexander Wylie was one of the leading members of a unique concentration of Missionary Scholars and who lived and worked in Shanghai in the second half of the 19th Century. He was one of the founders of the North China Branch of the Royal Asiatic Society (NCBRAS), later a Vice President and finally an Honorary Member. An avid bibliophile and bibliographer Wylie’s donations of books to the NCBRAS was the basis for one of the finest libraries  in Asia. In addition Wylie also provided a large number of books that doubled the Bodleian Library’s China Collection at Oxford.

Originally hired in 1847 as a Superintendent of Printing for the London Missionary Society Press in Shanghai, Wylie developed into a major Missionary-scholar and one of the founding fathers of British sinology. He is still extensively cited today especially his major annotated bibliographic works on the history of Protestant Missionaries in China and on Chinese Literature. His seminal work Jottings ON Chinese arithmetic    He also, by a series of remarkable articles, showed, that the conventional wisdom that China had no significant achievement in mathematics until after the Jesuits, was wrong and that pre-modern Chinese mathematics was on a par and even developed certain mathematical techniques which preceded Europe by hundreds of years. These works qualify him as a Sinologist who made a major contribution to knowledge transfer from China  to the West.

Despite his considerable achievements Gow’s paper for the RAS China journal was the first academic study essay of Wylie in English of this pioneer british sinologist.There is however, a significant and growing literature in Chinese where he is rightly regarded as one of the fathers of modern Chinese mathematics and the history of indigenous Chinese mathematics.

Professor Ian Gow, OBE MA PhD DUniv FRAS studied Politics History at the University of Edinburgh. He is an Emeritus Professor of East Asian Studies and is now an Honorary Professor (East Asian Studies) at the University of Edinburgh.  He was Director of the Confucius Institute at the University of Glasgow 2014-15.He is the former Executive President (2009-2014) of the Sino-British University College in Shanghai – a major joint venture between nine UK universities and the University of Shanghai for Science and Technology. He was the Founding Provost (2003-2007) of China’s first independent foreign university campus since the reopening of China, the multi-award winning University of Nottingham, Ningbo. Professor Gow is an internationally recognised Japan specialist. He was also  responsible for the establishment of centres for Chinese studies at the Universities of Sheffield and Nottingham.  He has held numerous senior executive positions in UK higher education and has served as a Deputy Principal/pro-Vice Chancellor) of four UK universities (Stirling, Sheffield, Nottingham and the West of England). He was awarded the OBE for his services to UK Higher Education in China and also holds awards from Ningbo City, Zhejiang Provincial Government and the Shanghai Municipal for his contributions in education. He is now working on a book length study of Alexander Wylie.