Professor Dionisius Agius: The Life of the Red Sea Dhow: A Cultural History of Seaborne Exploration in the Islamic World 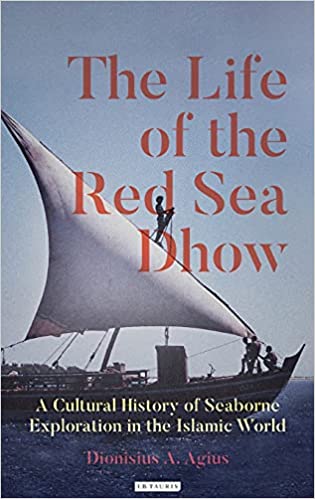 Few images are as evocative as the silhouette of the Arab dhow as, under full sail, it tacks to windward on glittering waters of Red Sea before moving across the face of the rising or setting sun. In this authoritative new book, Dionisius A. Agius, one of the foremost scholars of Islamic material culture, offers a lucid and wide-ranging history of the iconic dhow from medieval to modern times. Traversing the Arabian and African coasts, he shows that the dhow was central not just to commerce but to the vital transmission and exchange of ideas. Discussing trade and salt routes, shoals and wind patterns, spice harvest seasons and the deep and resonant connection between language, memory and oral tradition, this is the first book to place the dhow in its full and remarkable cultural contexts.

Dionisius A. Agius is Al Qasimi Professor of Arabic Studies and Islamic Material Culture at the University of Exeter, UK. He is the author of numerous books including Seafaring in the Arabian Gulf and Oman (2005), winner of The Abdullah Al-Mubarak Al-Sabah Foundation and British-Kuwait Friendship Society Book Prize, and Class Ships of Islam (2008). He is a Fellow of the British Academy, the Royal Society of Arts and the Royal Geographical Society.