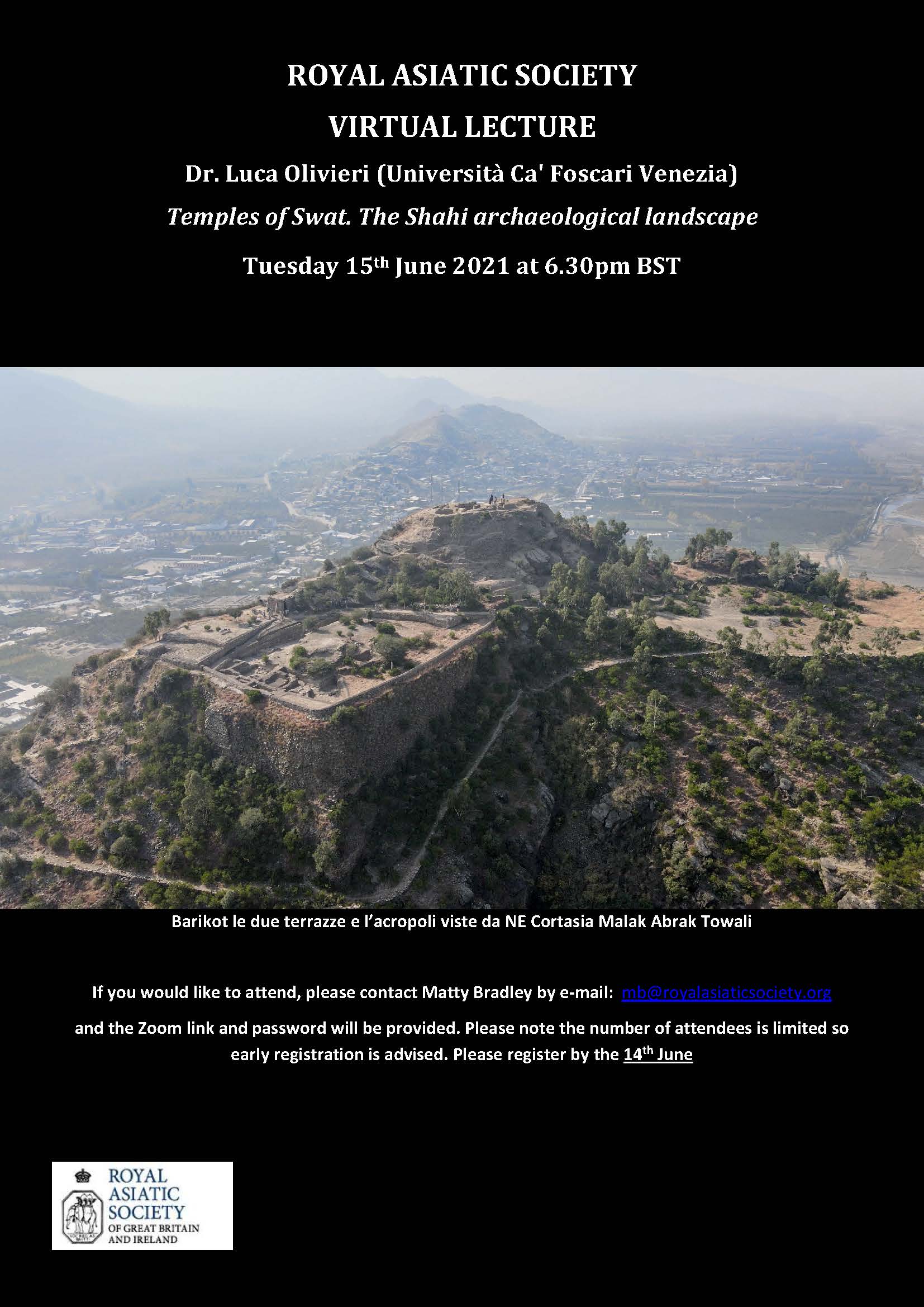 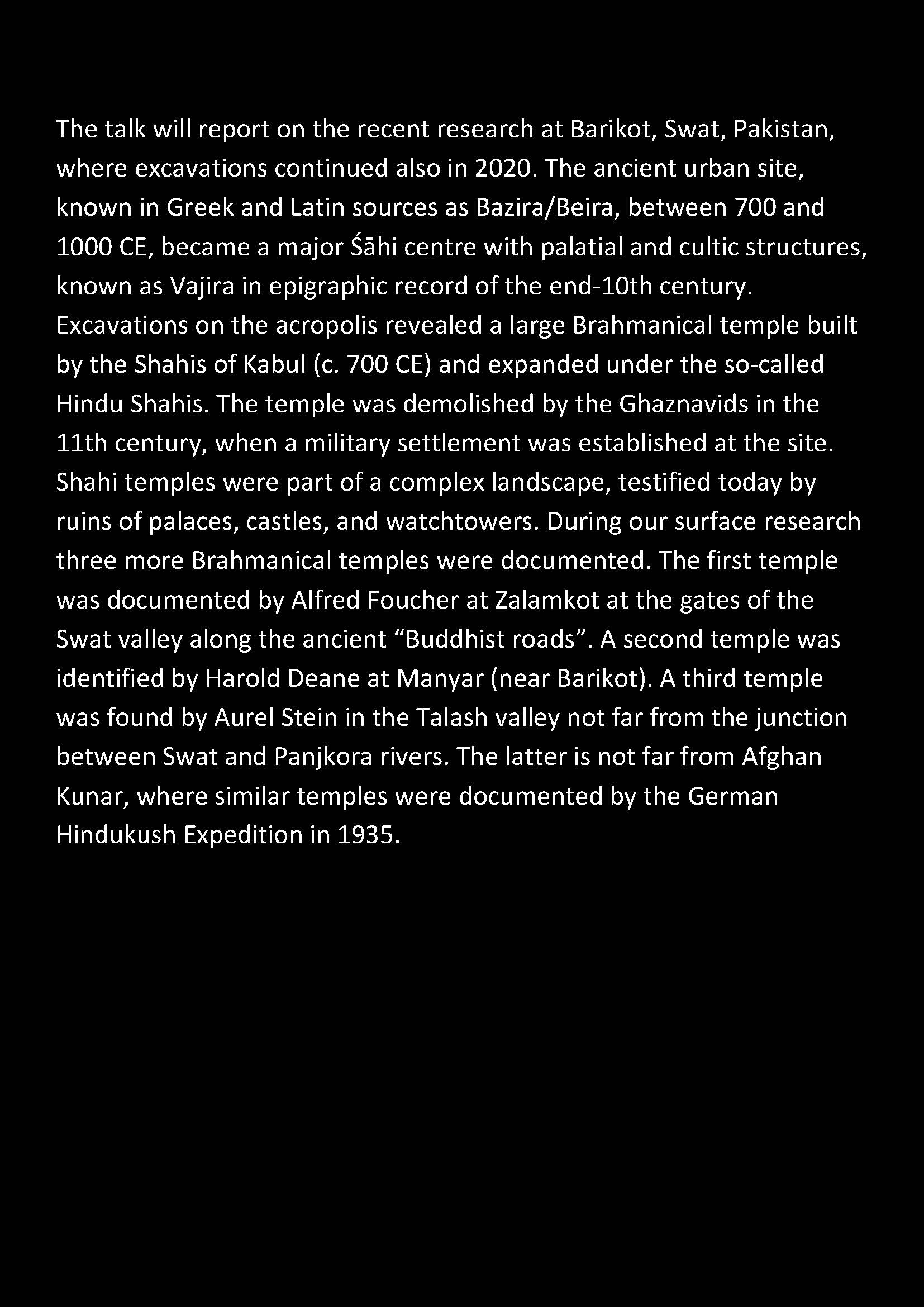 The talk will report on the recent research at Barikot, Swat, Pakistan, where excavations continued also in 2020. The ancient urban site, known in Greek and Latin sources as Bazira/Beira, between 700 and 1000 CE, became a major Śāhi centre with palatial and cultic structures, known as Vajira in epigraphic record of the end-10th century. Excavations on the acropolis revealed a large Brahmanical temple built by the Shahis of Kabul (c. 700 CE) and expanded under the so-called Hindu Shahis. The temple was demolished by the Ghaznavids in the 11th century, when a military settlement was established at the site. Shahi temples were part of a complex landscape, testified today by ruins of palaces, castles, and watchtowers. During our surface research three more Brahmanical temples were documented. The first temple was documented by Alfred Foucher at Zalamkot at the gates of the Swat valley along the ancient “Buddhist roads”. A second temple was identified by Harold Deane at Manyar (near Barikot). A third temple was found by Aurel Stein in the Talash valley not far from the junction between Swat and Panjkora rivers. The latter is not far from Afgahn Kunar, where similar temples were documented by the German Hindukush Expedition in 1935.

Luca M. Olivieri is director of the ISMEO Italian Archaeological Mission in Pakistan. He has been working in Swat for more than thirty years. His principal interests include excavation, survey, and heritage management methodologies. In 2017 he was awarded with the Sitara-i-Imtiaz of Pakistan for his three decades of archaeological work in Swat. He has been Director of the ACT-Field School Project in Swat from 2011 to 2016, which, amongst other important achievements in the field of training, archaeology and restoration, managed to rebuild the Swat Museum, as well as to restore the colossal Jahanabad Buddha, both damaged during the insurgency. Dr. Olivieri has been working in Swat since 1987, mainly focusing on the still on-going excavation project at the urban site of Bir-kot-ghwandai (Barikot), the ancient Bazira of Alexander the Great, on rock-art field-research, and on the Archaeological Map of the Swat Valley project.