Join us at 6.30pm on Monday 13th December for the book launch of Leena Dhingra’s Exhumation: The Life and Death of Madan Lal Dhingra. 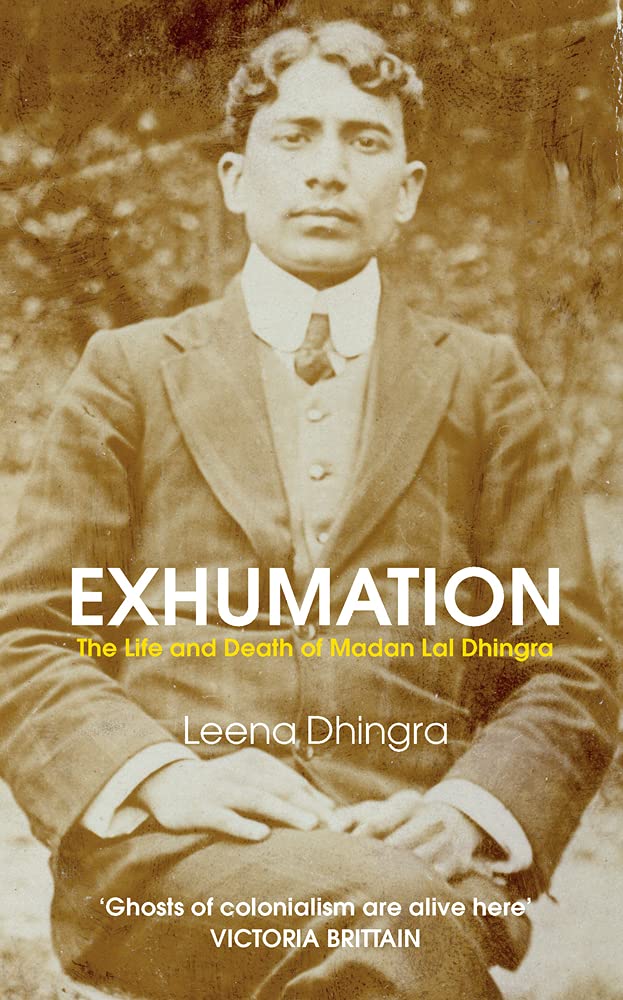 On 17th August 1909, Madan Lal Dhingra was executed in Pentonville Prison for the assassination of Sir William Hutt Curzon Wyllie, a high-ranking official from the British India office. Viewed as a murderer in the UK, in India Madan Lal is seen as a great patriot, a freedom fighter, and a martyr. In 1976, his remains were exhumed, and his body returned to India. In Exhumation, Madan Lal’s great niece, the actor and writer Leena Dhingra, unravels and reveals his remarkable story.

Part history, part memoir, this is also the story of Leena’s journey to come to terms with this painful episode from her family’s past. Exhumation: The Life and Death of Madan Lal Dhingra is a compelling story of family secrets that throws light on the dark legacy of colonialism.

Leena Dhingra was born in India, and came to Europe after the 1947 Partition of India. Her first novel Amritvela was published in 1988. An author and actor, her TV credits include The Bill, Casualty, Prime Suspect and Dr Who. She has also starred in EastEnders and Coronation Street, and most recently appeared in the Channel 4 drama series Ackley Bridge. A Londoner for 40 years, Leena Dhingra now lives near Manchester.