Joint Book Launch and Discussion: From Stone to Paper: Architecture as History in the Late Mughal Empire and Ottoman Baroque: The Architectural Refashioning of Eighteenth-Century Istanbul

From Stone to Paper: Architecture as History in the Late Mughal Empire

On Friday June 28th The Royal Asiatic Society will host a joint book launch of Chanchal B. Dadlani’s From Stone to Paper: Architecture as History in the Late Mughal Empire and Ünver Rüstem’s Ottoman Baroque: The Architectural Refashioning of Eighteenth-Century Istanbul. Chairing the discussion will be Dr. Sussan Babaie (Andrew W. Mellon Reader in the Arts of Iran and Islam, The Courtauld Institute of Art). 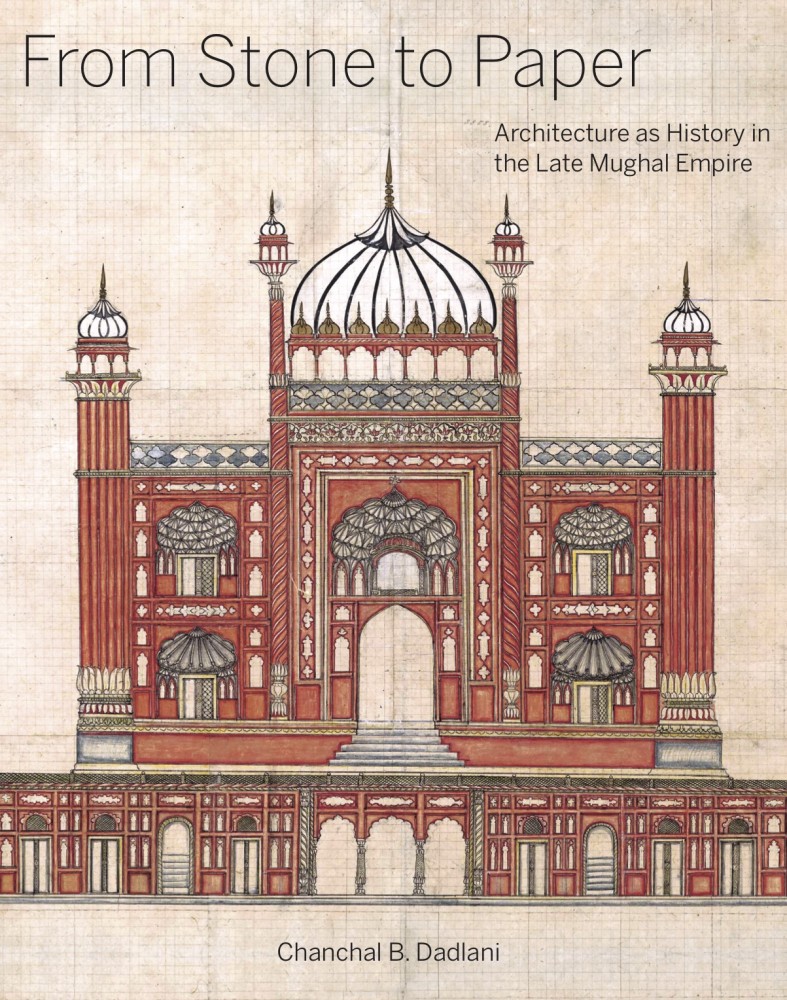 By the 18th century, the Mughal Empire was well beyond its so-called golden age. Its control of the Indian subcontinent was increasingly threatened by regional Indian states, as well as by the encroaching British Empire. In response to a rapidly changing sociopolitical landscape, the Mughal emperors used architecture to harness their illustrious past and stage cultural authority for contemporary audiences. Chanchal Dadlani provides the first in-depth look at this crucial period of architectural history. Discussing a rich array of built forms and urban spaces—from grand imperial mosques to Delhi’s bustling thoroughfares—the volume sheds light on long-overlooked buildings. It also explores representations of architectural monuments that circulated in the form of building plans, manuscript paintings, and postcards. Ultimately, the book reveals how Mughal architects, artists, and patrons built on the cultural legacy of their imperial predecessors to create the very concept of a historical style identifiable as Mughal.

“In a bold new cultural history, Dadlani traces how Mughal architectural style was canonized over the 18th century, just in time to become one with the very idea of India in the Western imagination.”—A. Azfar Moin, The University of Texas at Austin

“Professor Chanchal Dadlani has produced the first full-length book on 18th-century Mughal architecture whose buildings are often dismissed as unworthy of study.  Her exciting and richly illustrated volume provides deep insight to this period, making us rethink our fundamental understandings of the later Mughals.”—Catherine B. Asher, University of Minnesota

Chanchal Dadlani is Associate Professor of Art History at Wake Forest University. Her first book, From Stone to Paper: Architecture as History in the Late Mughal Empire (Yale University Press, 2018), received a Mellon Author Award from the Society of Architectural Historians. Her research has been supported by the National Endowment for the Humanities, the Getty Research Institute, Fulbright-Hays, and the Andrew W. Mellon Foundation. She has also lectured widely at universities, museums and research institutes in the United States and Europe, and delivered the annual Benjamin Zucker Lecture in Mughal Art at the Victoria & Albert Museum in 2017. Her work has been published in Ars Orientalis, Artforum, and Art History on topics including Mughal art, exchanges between France and India, and the global reception of contemporary South Asian art. Prior to coming to Wake Forest, she was a Mellon Postdoctoral Fellow at Columbia University. She received her Ph.D. from Harvard University. 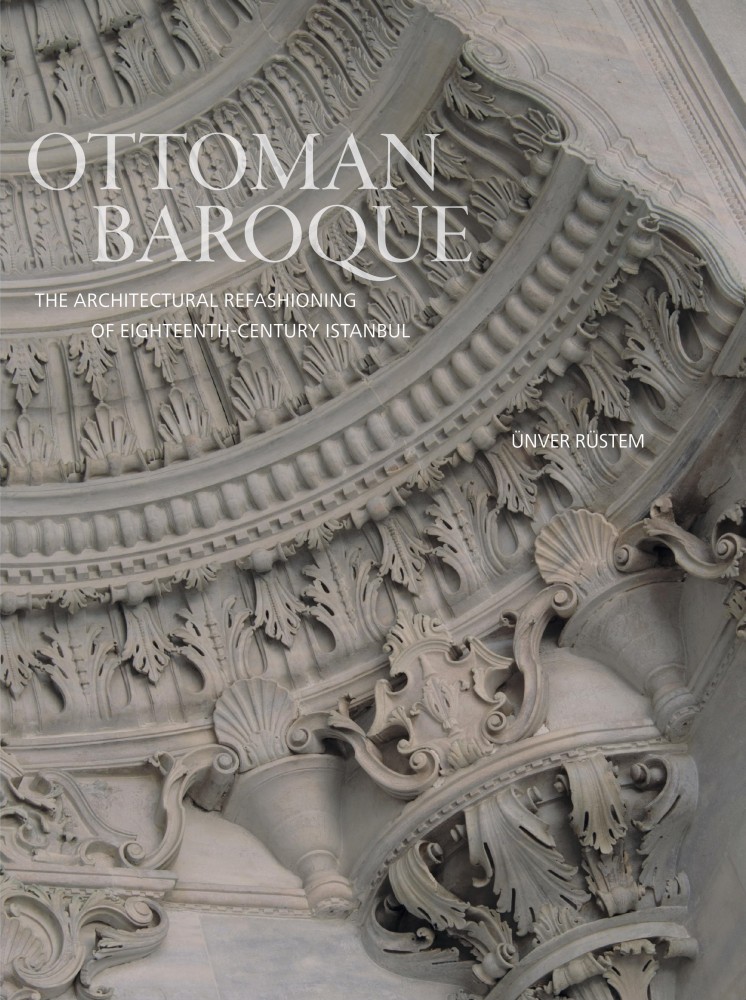 With its idiosyncratic yet unmistakable adaptation of European Baroque models, the eighteenth-century architecture of Istanbul has frequently been dismissed by modern observers as inauthentic and derivative, a view reflecting broader unease with notions of Western influence on Islamic cultures. In Ottoman Baroque—the first English-language book on the topic—Ünver Rüstem provides a compelling reassessment of this building style and shows how between 1740 and 1800 the Ottomans consciously coopted European forms to craft a new, politically charged, and globally resonant image for their empire’s capital.

Rüstem reclaims the label “Ottoman Baroque” as a productive framework for exploring the connectedness of Istanbul’s eighteenth-century buildings to other traditions of the period. Using a wealth of primary sources, he demonstrates that this architecture was in its own day lauded by Ottomans and foreigners alike for its fresh, cosmopolitan effect. Purposefully and creatively assimilated, the style’s cross-cultural borrowings were combined with Byzantine references that asserted the Ottomans’ entitlement to the Classical artistic heritage of Europe. Such aesthetic rebranding was part of a larger endeavor to reaffirm the empire’s power at a time of intensified East-West contact, taking its boldest shape in a series of imperial mosques built across the city as landmarks of a state-sponsored idiom.

Copiously illustrated and drawing on previously unpublished documents, Ottoman Baroque breaks new ground in our understanding of Islamic visual culture in the modern era and offers a persuasive counterpoint to Eurocentric accounts of global art history.

“Ottoman Baroque takes a reflective and fine-grained look at a major stylistic turn in Ottoman architecture that has previously been dismissed and misunderstood in modern scholarship. Ünver Rüstem boldly reclaims the topic with an alternative and highly original critical perspective.”—Ahmet Ersoy, Boğaziçi University

“Ünver Rüstem’s book offers a highly original mapping of local and foreign perceptions of the Ottoman Baroque’s aesthetic syncretism. By attending to the changing architectural ambitions of imperial mosque construction in the Ottoman capital, Istanbul, Rüstem’s study deftly navigates this period of robust artistic dialogue and cross-cultural transfer. Historiographically attuned, visually compelling, and thoughtfully written, this is a must-read for anyone engaged with the global Baroque.”—Mary Roberts, The University of Sydney

Ünver Rüstem is Assistant Professor of Islamic Art and Architecture at Johns Hopkins University. His research centers on the Ottoman Empire in its later centuries and on questions of cross-cultural exchange and interaction. He received his PhD from Harvard University and has held fellowships at Columbia University, the University of Cambridge, and Harvard University. In addition to his new book, he has published articles and chapters on subjects ranging from the reception of illustrated Islamic manuscripts to the symbolic deployment of ceremonial in the context of Ottoman architecture. At present, he is working on a new book project that explores the role of costume in Ottoman interactions with Western Europe during the early modern and modern periods.