Guest Lecture: Emilie Wellfelt, ‘Following the Feathers: Global History Along the Trails of the Bird of Paradise’

‘Following the Feathers’ is an investigation of global history and human-animal relations using a spectacular bird species as its focal point. It asks how the bird of paradise affects humans who encounter them, either in living form or as a prepared specimen. The specimen, often without wings, legs and scull bone, is the main form in which bird of paradise have been traded and used by humans.

Historically the bird of paradise was a luxury commodity, traded along the same routes as spice from Maluku. As the birds were received in different ‘worlds’ they were used and interpreted in ways that reveal insights about religion, paradise and power.

The study examines two time periods: c. 1512-1610 and the present. The first bird of paradise specimens reached Europe in 1522 in the cargo of the world’s first circumnavigators, the Magellan expedition. In the early modern period, world views shifted and Muslims and Christians competed for global dominion. ‘Following the feathers’ takes us to crucial moments in history, to kings and sultans, and to the foremost artists and scientists of the time.

In the present study, human-animal relations in the Aru Islands will be investigated. In the islands the Dobel-speaking population are divided in two moieties, the inland fanan, literary ‘bird of paradise’, have a semi-totemic relation to the species.

The researcher has extensive historical and anthropological fieldwork experience from Indonesia. 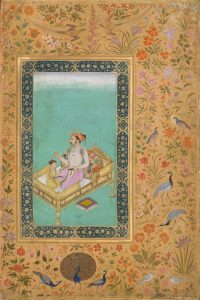