Dr Sarah Tiffin (Author): Raffles and the Course of Empire: Decoding Ruin Imagery in The History of Java

When Raffles wrote his landmark publication The History of Java in 1817, ruin sentiment was a fashionable if rather wistful turn of mind that had a considerable influence on British art and literature. The ruin was a popular motif in picturesque imagery, serving as the stimulus for melancholic musings that ranged from deeply felt personal reflections on the brevity of life to grander meditations on the decline and fall of empire. It is not surprising, then, that with the establishment of the British interregnum government on Java in 1811, the island’s Hindu and Buddhist architectural remains were

brought into the lexicon of ruin appreciation. Nor is it surprising that Raffles devoted a whole chapter to the subject in his publication. This paper focusses on a number of archaeological drawings that were the basis for the plates and vignettes in The History of Java. In tracing how the images were transformed for publication, it ponders the means by which British pictorial conventions associated with ruin appreciation influenced not only how artists depicted Java’s ruined candi, but also how Raffles’s readers would have understood the illustrations and their wider implications for the state of Javanese civilisation, both past and present. 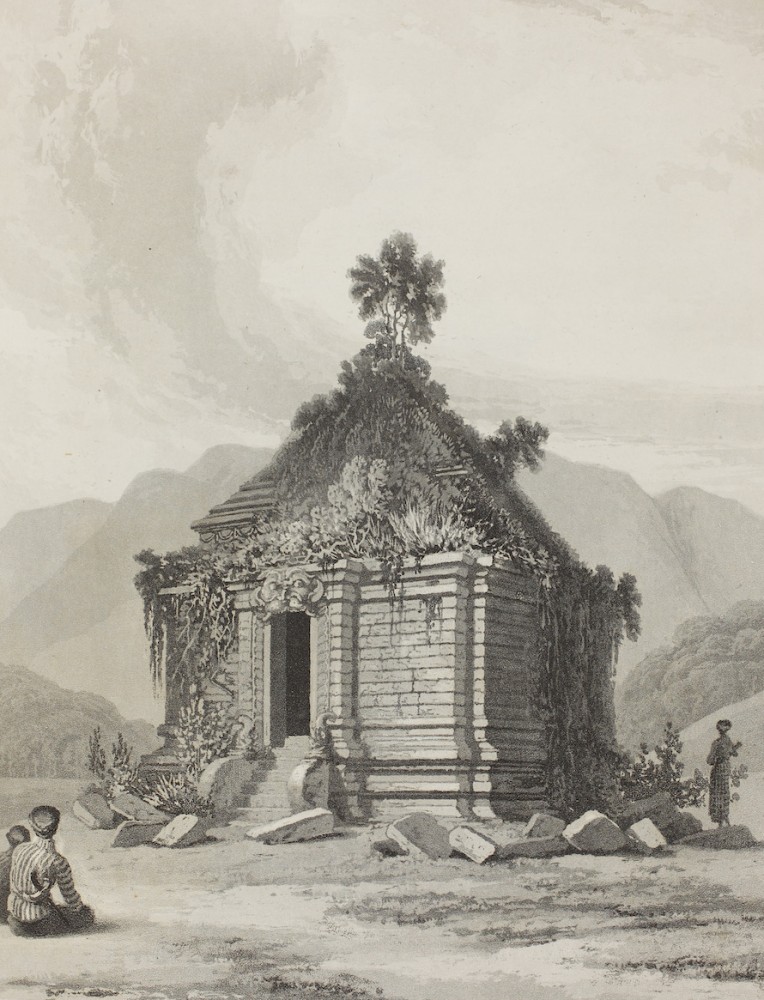