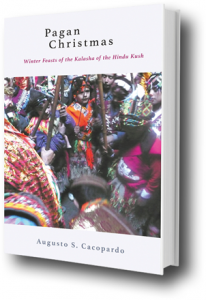 PAGAN CHRISTMAS: WINTER FEASTS OF THE KALASHA OF THE HINDU KUSH

This authoritative work sheds light on the religious world of the Kalasha people of the Birir valley of the Pakistani district of Chitral, focusing on their winter feasts which culminate in a great winter solstice festival. The Kalasha represent the last example of the pre-Islamic cultures of the Hindu Kush/Karakorum, but are also the only observable example, worldwide, of an archaic Indo-European religion. Cacopardo addresses the historical and cultural context of the area and, referencing an array of relevant literature, offers comparisons with the Indian world and the religious folklore of Europe.

Interdisciplinary and based on extensive field research, Pagan Christmas is the first extended ethnographic study devoted to this little known Kalasha community and represents a standard international reference source on the anthropology, ethnography and history of religions of Pakistan and Central South Asia.

Augusto S. Cacopardo has conducted anthropological research in Pakistan under the aegis of the Istituto Italiano per l’Africa e l’Oriente and is Professor of Ethnography at the University of Florence. 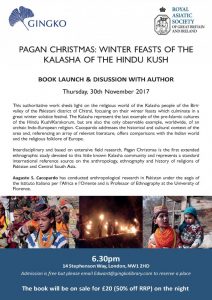