In the past week we have been fortunate to host three interesting and very different events. On Thursday 9th February, Professor Stéphane Pradines from the Aga Khan University spoke on “The Swahili, a Muslim Culture of the Indian Ocean World: New Evidence from Archaeological Excavations.”  Professor Pradines talked about navigation and trade within the Indian Ocean and how this trade propagated Islam in sub-Saharan Africa – providing evidence from his own research and excavations. It was interesting to learn of the connections and how archaeology is helping to understand more of the networks and influences between different countries.

On Tuesday 14th February, we didn’t hold a Valentines event. Instead we were treated to a fascinating discourse on Persian and Urdu poetry in the Late Mughal Era. Dr Arthur Dudney, Leverhulme Early Career Fellow, University of Cambridge, discussed the efficacy or otherwise of the use of poetry as texts to discover sociological history pertaining to the time period and the influence of western discourses on the interpretations given.

On Thursday 16th February we welcomed Dr. Richard P. McClary, Leverhulme Early Career Fellow, Edinburgh University, to launch his book, “Rum Seljuq Architecture, 1170-1220: The Patronage of the Sultans”. This lavish book presents the surviving monuments from the Rum Seljuq early period, the first major Muslim dynasty to rule Anatolia. Dr McClary was only able to talk about a small section of the book’s contents but provided us with insight into themes and processes in the architectural development of that period.

The next event at the RAS will be the launch of a poetry collection by the RAS Archivist, Nancy Charley. In contrast to the usual Asiatic themes of book launches and lectures held at the Society, this collection takes its inspiration from the North Kent coast where Nancy was writer-in-residence in 2011. All are welcome to join us on Thursday 23rd February at 6.30 pm as we launch Little Blue Hut and hear Nancy perform some of the poems. 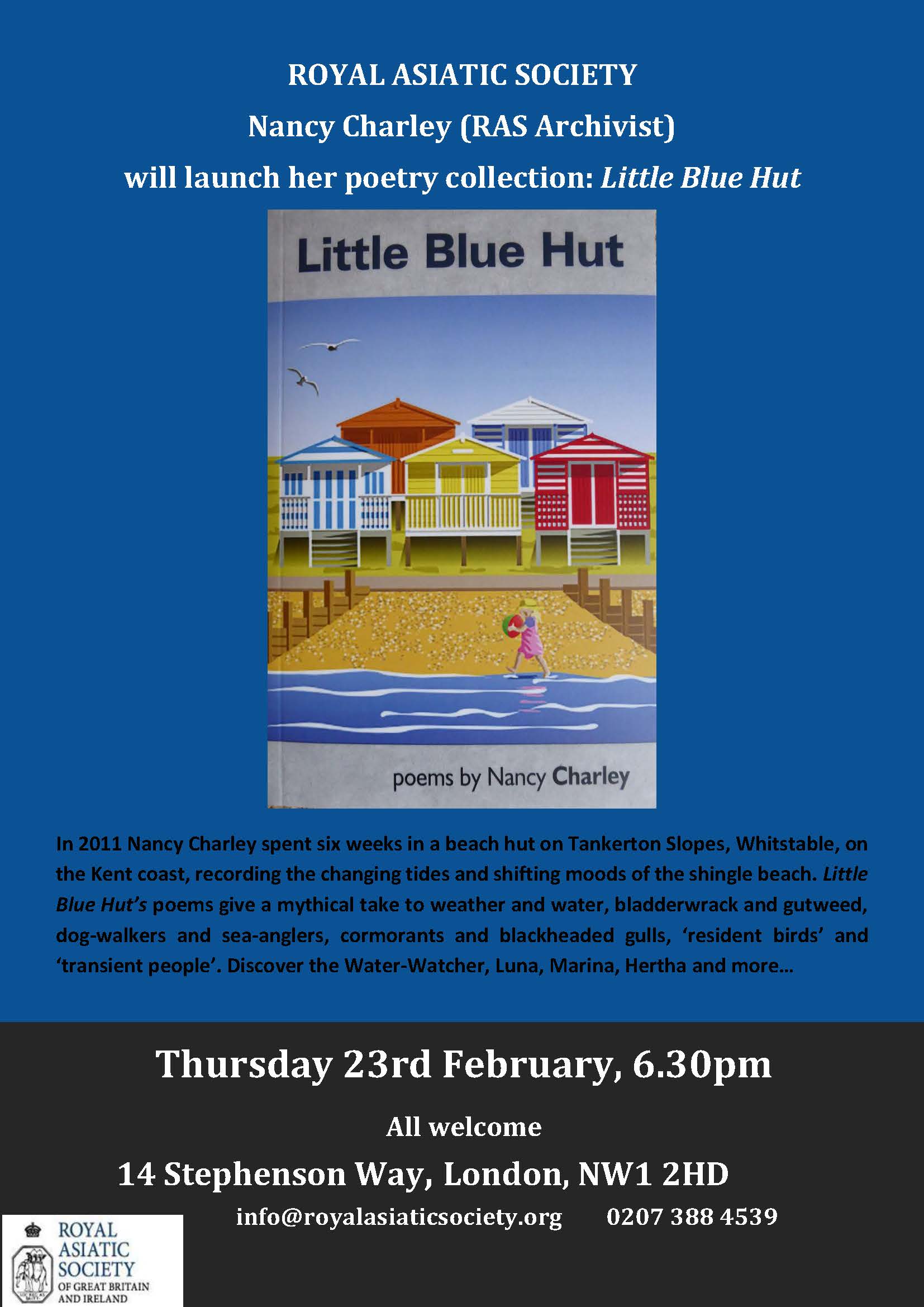