The Extraordinary Epoch of Nanasaheb Peshwa

and the Zoom link and password will be provided. Please note the number of attendees is limited so early registration is advised. Please register by the 30th November

The mid-eighteenth century began with the Marathas as the paramount power in India, and in the next two decades, they rose in power and prestige. In the Carnatic, Bengal, Rajputana, Malwa, Bundelkhand they were supreme, and in Delhi, the Marathas ruled while the Mughal king reigned. In this period when Nanasaheb Peshwa was at the helm, the Maratha power reached its zenith. But that was not the entire story. The events of the mid-eighteenth century are pivotal, and determined the course of the next five decades. The rise of the Europeans in the south and the east added a new dimension, so that this epoch eventually emerged as the crossroad of Indian history. This book narrates that engrossing story. The book is published in hardcover, with over 40 colour pictures on art plates and 27 maps and illustrations. The 500-page book is copiously annotated with over a thousand references and has a bibliography and a glossary along with an introduction to principal characters and important genealogies.

Uday S. Kulkarni has written six historical nonfiction books on 18th Century India. An alumnus of the Armed Forces Medical College in Pune and a surgeon by profession, Kulkarni served in the Indian Navy retiring in the rank of Surgeon Commander. 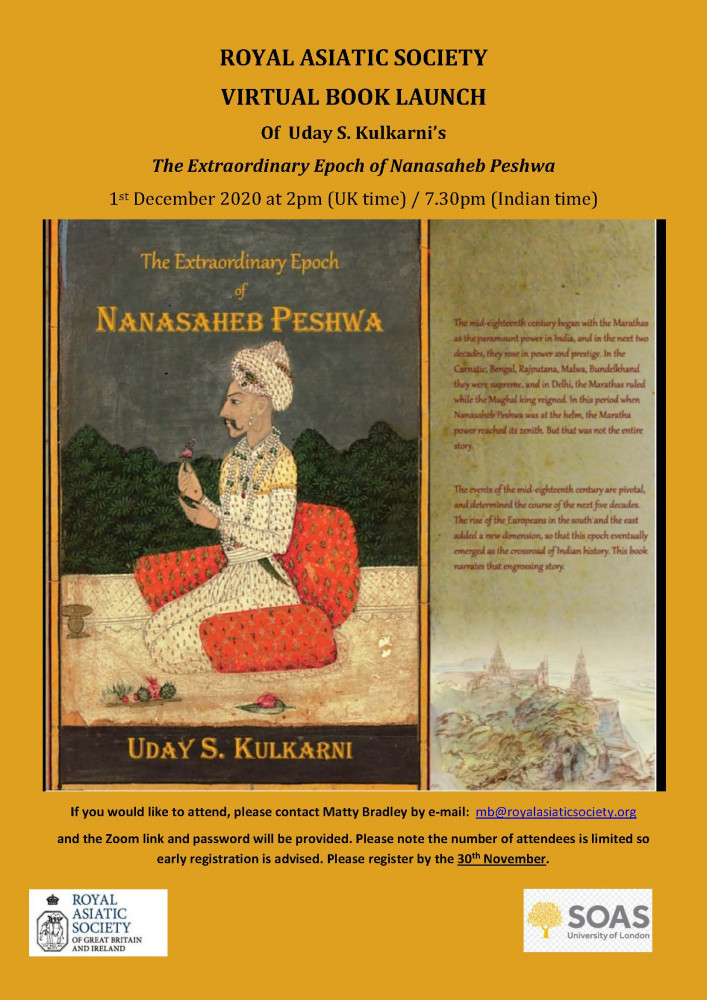 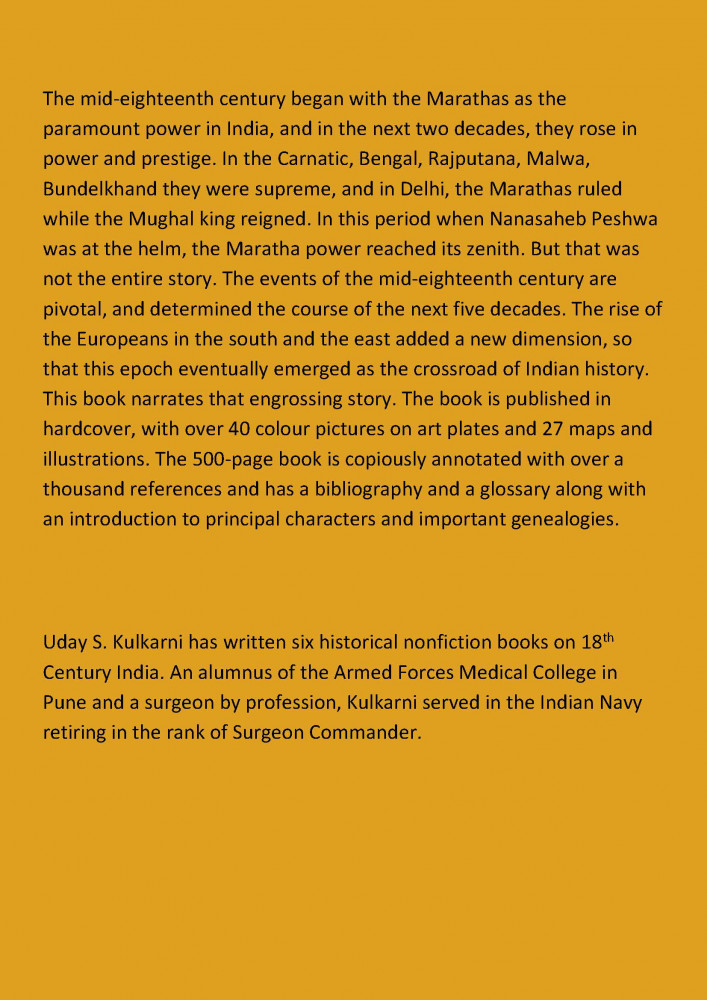