The Society is delighted to announce the digitization of an important collection of Akhbarat, or court reports/newsletters, pertaining chiefly to the reign of Mughal Emperor Aurangzeb (1618-1707, r. 1658-1707). Arranged by regnal year, these Akhbars span many of the years between AH 1070 and AH 1119 (1660 to 1709 CE), documenting many of the events of Aurangzeb’s long reign and those of his immediate successors.

Each entry is recorded on a separate sheet of paper, and written in Persian in Shikastah script, comprising 2777 folios in total. Sometime after the collection arrived at the Society in the nineteenth century, the loose sheets were bound together into nine separate volumes, largely organised according to regnal year. Each of these volumes can now be viewed in its entirety via the RAS Digital Library (https://royalasiaticcollections.org/akhbarat-archive/). 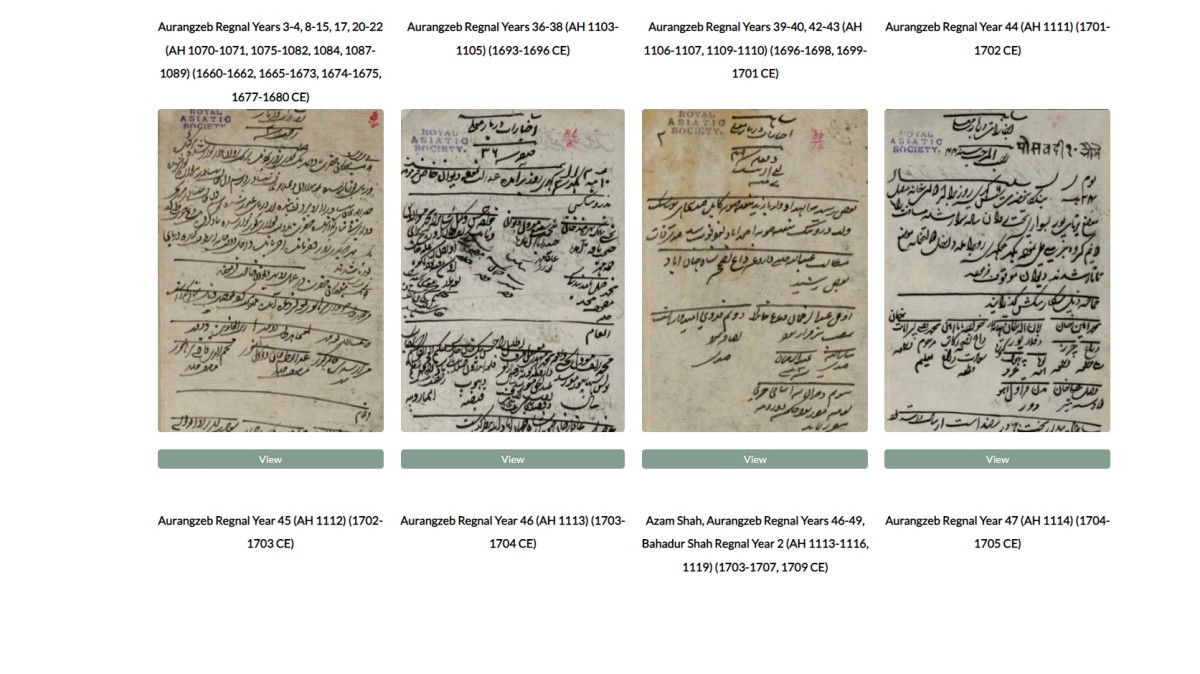 The donation of these Akhbars to the Royal Asiatic Society is attributed to James Tod. Tod likely acquired them in Rajasthan, where he served as an agent of the East India Company during the first two decades of the nineteenth century. Henry Beveridge noted that Tod left no account of how he acquired the newsletters, but ‘from the Nagari endorsements on them it would appear that they had belonged to a Hindu Serishta [sar-rishta, i.e. a court record keeper], and presumably to one in Rajputana. Apparently they are notes by the court agent of some Rajputana prince of the daily occurrences of the Moghul Court’ (Journal of the Royal Asiatic Society, 1908, p. 1122). Tod formed a large collection of manuscripts and artworks during his years in Rajasthan, which later formed the basis for Annals and Antiquities of Rajasthan, published in two volumes between 1829 and 1832. Tod was also the Society’s first Librarian.

The Akhbarat contain a wealth of information about political, economic, cultural, and other transactions during the reign of Aurangzeb. Writers on Mughal history, including Sir Jadunath Sarkar, have long drawn upon this and other collections of Akhbars. The digitization of the RAS collection will make it easier for scholars around the world to compare our holdings with other historical sources, generating new insights and advancing knowledge about the past. We look forward to seeing how researchers use the digitized Akhbarat, and we invite users to help us find new ways to unlock the research potential of this important collection. 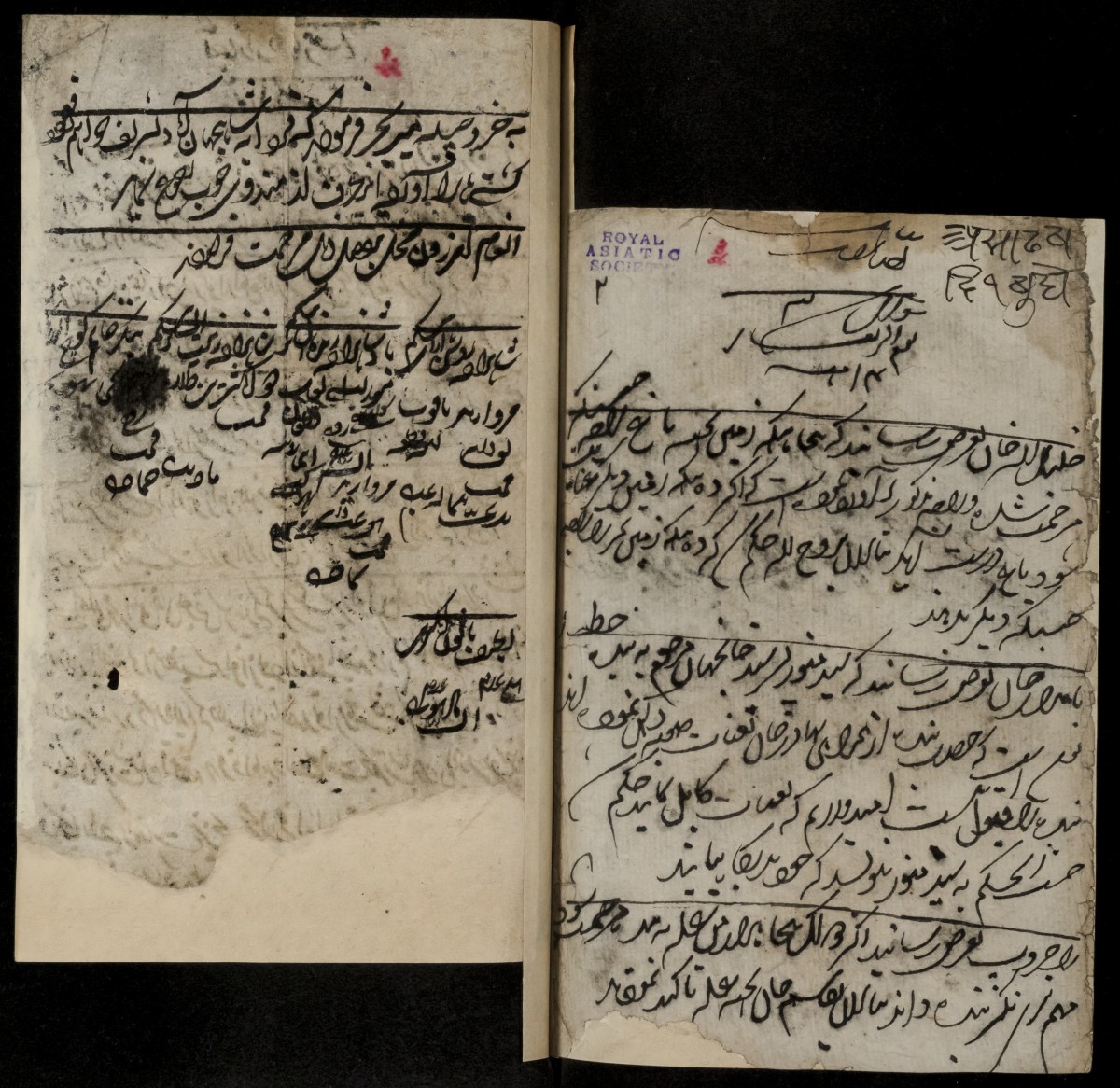 This project was made possible thanks to the generous support of the Bharat Itihas Sanshodhak Mandal in Pune, and Professor Rajeev Kinra (Northwestern University).

This is one of several digitization projects recently completed at the Society, each of which will mean that more of our historic collections can be made freely available to audiences around the world. We look forward to highlighting further projects in the coming weeks.

We are happy to report Dr Luca Olivieri has recently published Stoneyards and Artists in Gandhara: The Buddhist Stupa of Saidu Sharif I, Swat (c. 50 CE) which can be freely accessed here: https://edizionicafoscari.unive.it/it/edizioni4/libri/978-88-6969-577-3/

Dr Olivieri delivered a talk to the Society on his research last year which can be viewed in full on our Youtube channel: