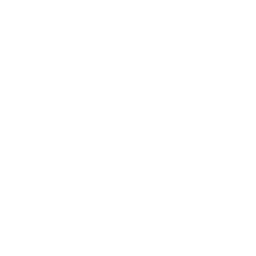 Yesterday, August 19th, was World Photography Day when people across the world were encouraged to share their photos. Unfortunately, I wasn’t at work yesterday, but felt that I couldn’t miss the opportunity to showcase some of the wonderful photographs within our collection.

In many ways the photographs are still unexplored, particularly by myself, as I have been concentrating more on the paper-based archives in the time that I have been employed here. But Tuesday (18th) found me repackaging a set of glass slides, probably belonging to the archaeologist, Reginald Campbell-Thompson (1876 – 1941), taken whilst undertaking a dig near Ninevah. We have a silent black-and-white film of possibly the same exploration and so I was intrigued to discover that we also have these slides. However there were housed in ‘non-archival’ material, and therefore I spent most of Tuesday making four-flap folders from archival-quality paper in order to more adequately preserve them and enable them to be used by researchers.

We have a considerable quantity of both slides and photographs dating from around the 1860s until the present day. And, of course, to post them on this blog, I have taken another photograph of the photograph! So here is just a taster of some of the material in the collection:

Only one of these photos has any accompanying writing: the top photo is captioned “Siding in the Bitter Lakes, Suez Canal. S.S. “Autenor” 1.2 July 1876″. Our photograph catalogue suggests that the at least one of these photographs was taken by Zangaki, Greek photographers who usually specialised in historic Egyptian scenes for the tourist trade.

This is of Kiri Vehera, a holy site in Sri Lanka, This was taken in 1893 but is of unknown provenance. If you venture to the The Amazing Lanka website you can find out all about Kiri Vehera and you can also be ‘amazed’ at how the temple looks today. Though they show a photo from the 1950s which is similar to this; its current state is radically different.

These photographs are of from an album of “Temples and Images principally in eastern India” – a two volume work, privately printed in 1896. They were presented to the RAS by Sir Evan Jones but they were produced by an compiler who wished to remain anonymous. He had taken the pictures with the view to publishing a work on Hindu Temples and Mythology. When this work was abandoned he divided the pictures into volumes which were given to the Library of the India Office, the British Museum and the RAS. So these photos, which are gelatin sliver prints, are almost unique.

These photos were taken by John Thomson during his travels in Cambodia and created into an album in 1867. His visual record of Angkor is the first photographic documentation of the site!

Of course, this is only a small sample of the many photos that are in the RAS Collections. Please get in touch if you would like to come and view any of them or find out more information about them.