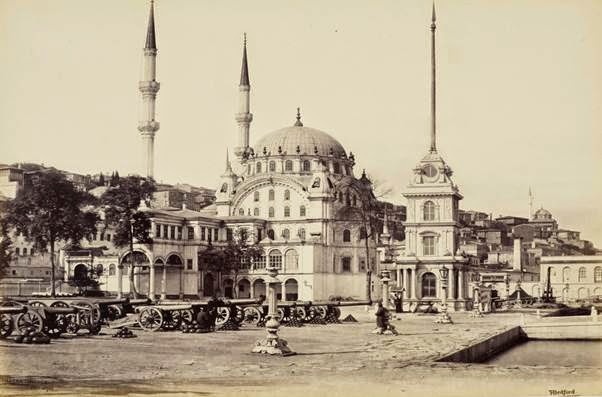 In 1826, the great reformist, Ottoman Sultan Mahmud II inaugurated two major new institutions in his capital, Istanbul: a modern army to replace the unruly Janissary corps, and an imperial mosque gracing the Bosphorus shoreline. Although begun in 1823, the mosque became firmly associated with the military reforms that occurred during its completion three years later. Not only was the opening of the mosque timed to correspond with Mahmud’s announcement of his reforms, but the building underwent a series of name changes that underscored and announced its symbolic role, culminating in the appellation, Nusretiye (Victory).

Dr Rüstem’s talk will use hitherto unexplored documents to trace the Nusretiye Mosque’s formation as an architectural statement of Mahmud’s modernizing agenda. Alongside the written evidence, attention will also be given to the Nusretiye’s pronounced visual resemblance to the mosque of Mahmud’s reformist predecessor, Selim III, whose thwarted efforts to overhaul the Ottoman military both anticipated and served as a foil for Mahmud’s subsequent victory.


Ünver Rüstem gained his doctorate from Harvard University. His article, which explores the reception of illustrated Islamic manuscripts as revealed by a group of Ottoman textual inserts added to the Shahnama of Shah Tahmasp, won the 2009 Margaret B. Ševčenko Prize. His forthcoming publications include an article on the exportation of carved Ottoman tombstones from Istanbul to Cyprus, a contribution to a co-authored chapter on the artistic patronage of Mahmud , and edited translations of two later Ottoman primary sources on architecture.

We hope that you will be able to join us for this lecture. The evening will finish with a drinks reception.