On Thursday 13 November we were delighted to welcome Professor Paul Bailey (University of Durham) who gave a lecture titled Chinese Workers in World War One France: an Overlooked Episode in the History of Chinese Foreign Policy and Chinese Labour. Indeed, this aspect of the history of the First World War was largely unknown to many in the audience, and listeners greatly appreciated Professor Bailey’s efforts to bring this chapter to light. Hopefully Professor Bailey’s endeavours will inspire other scholars—from France, China, the British Isles, and elsewhere—to pursue further research into this important episode. The lecture was followed by a lively discussion and a drinks reception. 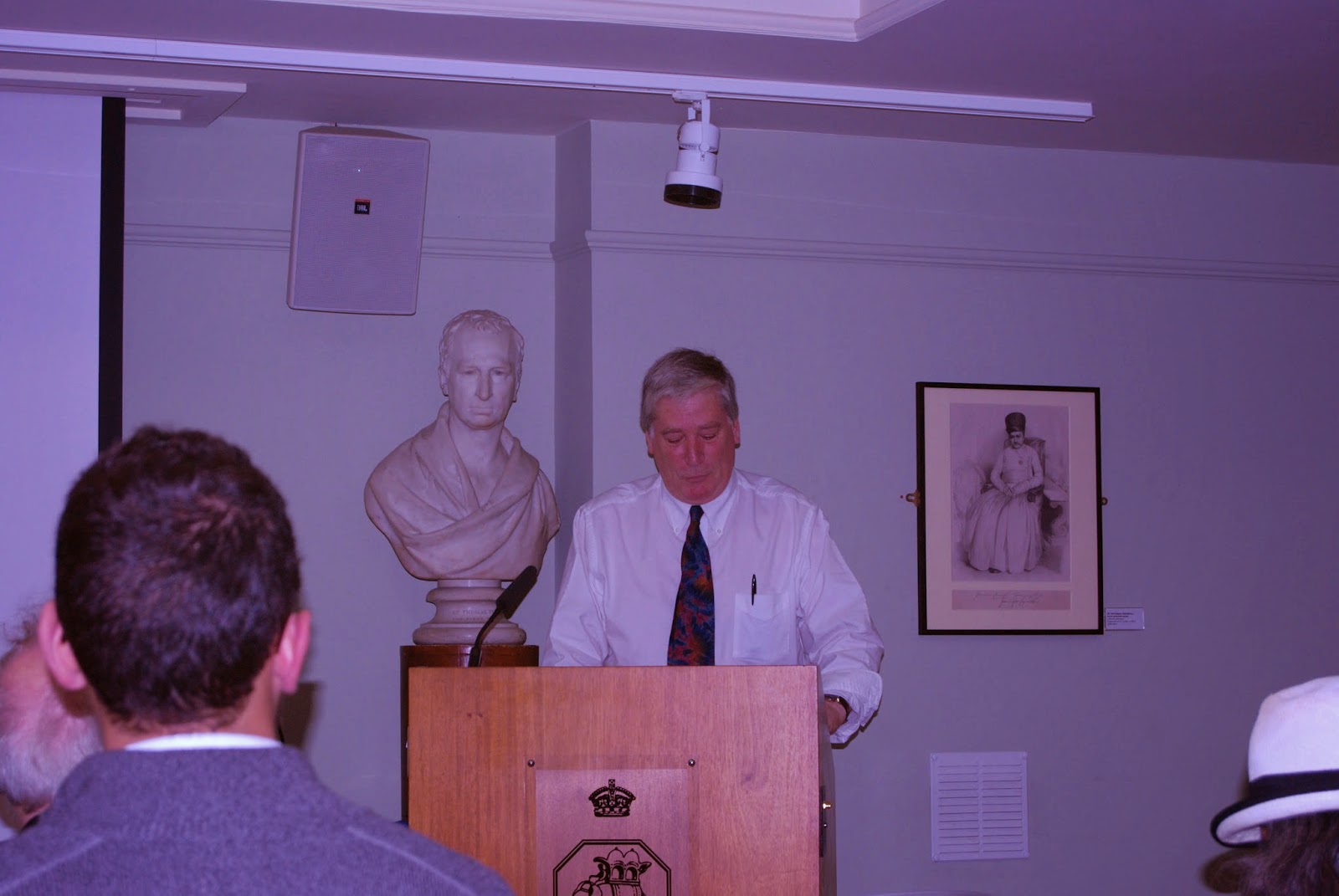 Professor Bailey addresses the audience
The next instalment in our lecture programme is at 6pm on 11 December, when Dr Susan Babaie (Courtauld Institute) will lecture on A nān-o halvā (Bread and Sweets) in the V&A: Thoughts on the Aesthetics of ‘taste’. We also have several lectures coming up as part of our Student Lecture Series. On 25 November, Simon Denham (University of Manchester and British Museum) will lecture on Identity and Power in Neolithic stamp seals from Greater Mesopotamia; and on 3 December, we have talks from Angela Becher (SOAS) on A Look Behind the Façade: Critical Inquiries into China’s Monumental Architecture in Contemporary Chinese Art, and Cleo Roberts (University of Liverpool) on Waterscapes in Indian Cities. Our lectures are free and open to all, and we very much hope to see you there.
Share: