One of the major projects we are currently working on in the RAS Library is cataloguing our collection of books, most of which were published in the nineteenth and early twentieth centuries. The collection reflects the international spread of Asiatic studies, particularly in fields like philology and linguistics. The collection contains a large proportion of works that were published overseas, particularly in continental Europe and South and Central Asia. Scholars often sent copies of their publications to the RAS, partly because of its historic standing, but also in the hope that their book would be reviewed in the Society’s journal. Books sent in this way often found their way into the RAS Library (which still sometimes happens today). Often such works are now comparatively rare in UK libraries; in some cases, they seem to be unique.

While most of the Society’s collections cover South, Central, South-East and East Asia, we also have a number of works about the Caucasus. This book, the title of which is given in French as Dictionnaire comparé Tchane – Mégrélien – Géorgien, is by Arnold Chikobava (Tchikobava), and was published in Tbilisi in Georgia in 1938. Chikobava was a philologist who published a series of influential works on Caucasian languages. This work concerns the Georgian, Mingrelian, and Laz (Tchane) languages from the Kartvelian family. It is printed in Georgian, with an introduction in Russian and Georgian; and the table of contents is in Georgian, Russian, and French. The title page is given both in Russian and Georgian, with the title added in French as well.
Arnold Chikobava is known not only for his own philological research, but also for his role as an opponent of the Georgia-born Soviet linguist Nicholas Marr. Chikobava rejected Marr’s “Japhetic theory” which posited that the Kartvelian, Semitic and Basque languages formed a language family that pre-dated the Indo-European migration; as well as Marr’s crude efforts to divide the study of languages along what he understood as class lines. Marr’s quasi-Marxist theory had state support in the Soviet Union until long after his 1934 death—with critics of the theory often facing state persecution under Stalin—and Chikobava has been credited with moving Soviet linguistics away from this model after the Second World War.
Contained within the book was a piece of paper, presumably from the book’s envelope, addressed to the Society at its then-premises in Grosvenor Street, with a return address in Moscow, seemingly dated 25 October 1938. 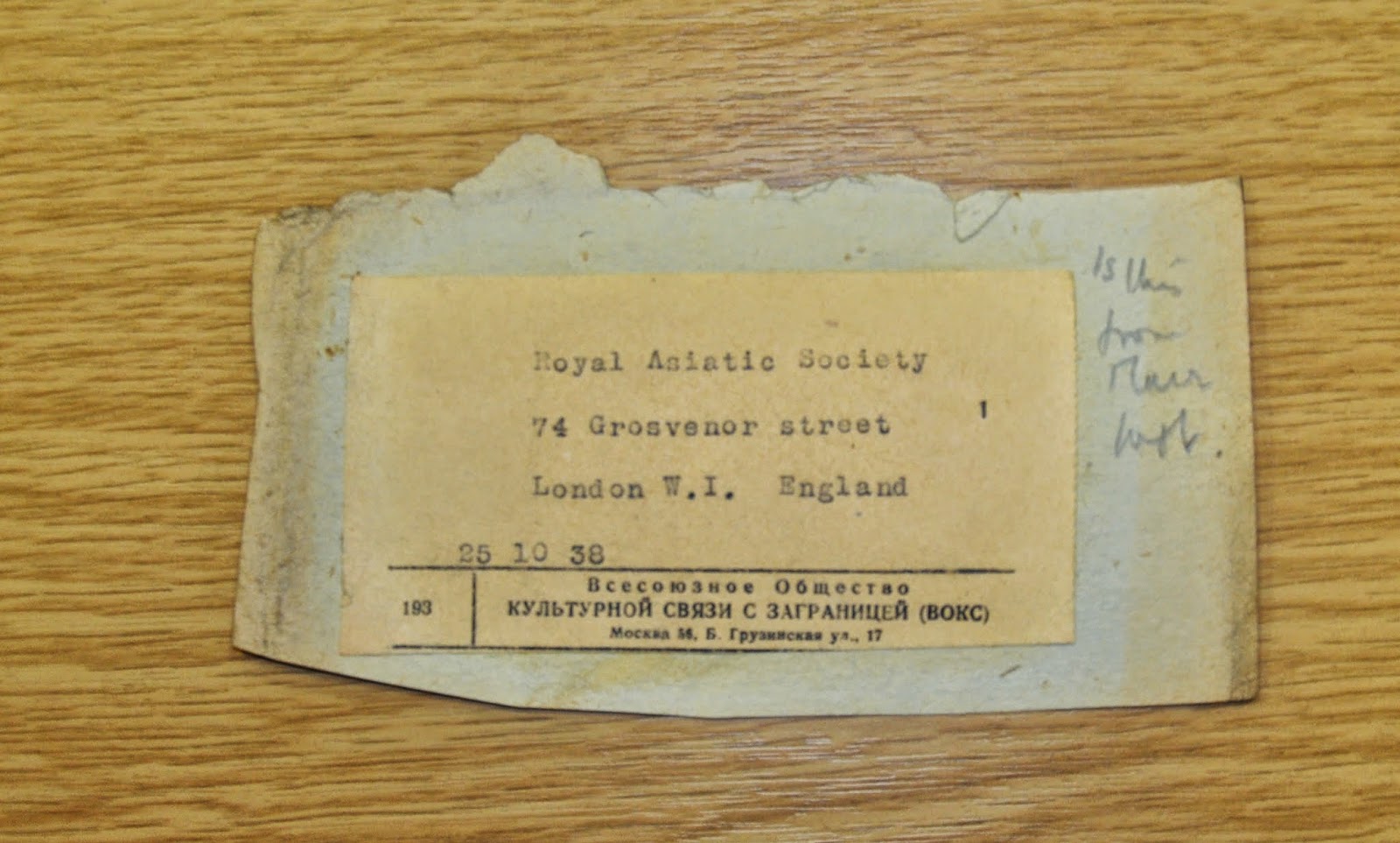 As we continue to make progress cataloguing the rest of our books, it will be interesting to see if more like this turn up, or whether this was a one-off. 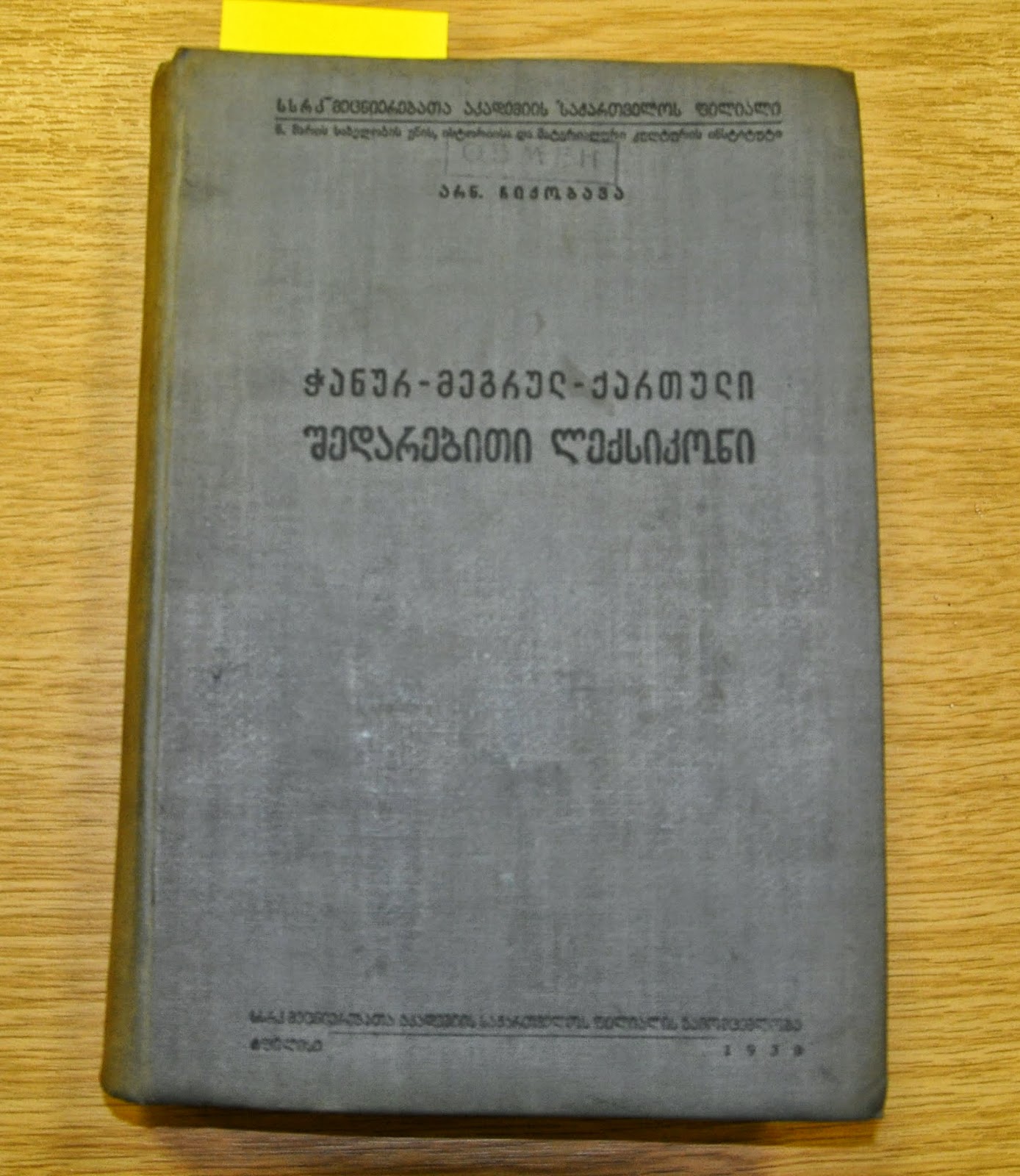