Last night Dr Chi-kwan Mark from Royal Holloway, University of London, lectured at the RAS on Margaret Thatcher and the Anglo-Chinese negotiations over the future of Hong Kong. From his research into newly released British records, Dr. Mark has been able to trace how the negotiations enabled a transfer of Hong Kong back to Chinese sovereignty in a manner that could be seen as a political triumph for both the British and the Chinese.

His informative lecture provided a platform for members of the audience to ask further questions. However, instead of the usual drinks reception after the lecture, members of the Society adjourned to the nearby Sardo Restaurant for the 192nd Anniversary Dinner. At the meal Professor Peter Robb gave a speech as retiring President of the Association.

The Anniversary Dinner has been a longstanding event within the RAS calendar. Within the archive we hold the invitation for the 1913 dinner held at the Hotel Cecil. 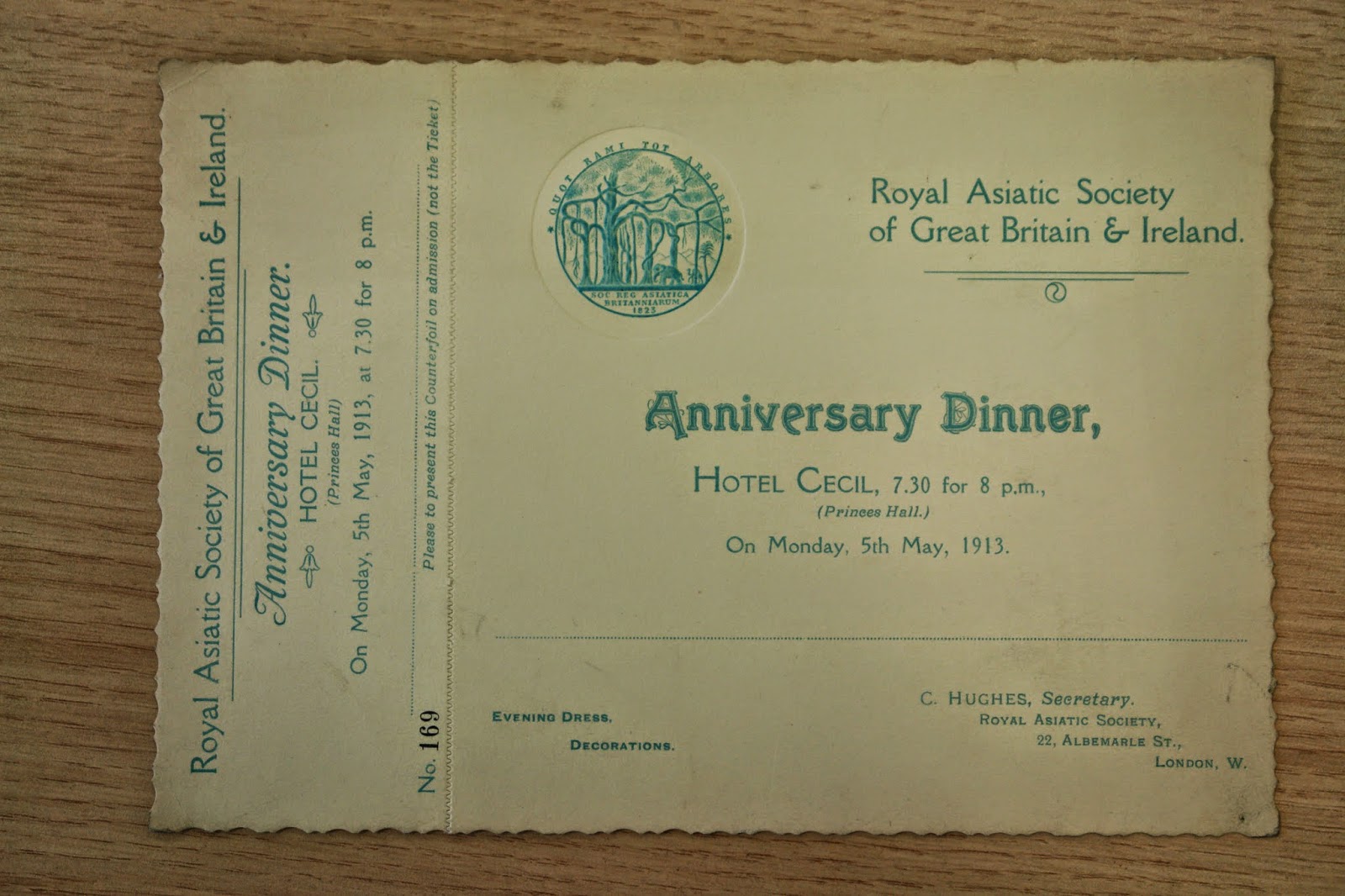 Unlike the 1913 dinner, when it was necessary to wear evening dress and decorations, the 2015 dinner was a more informal, but still very pleasurable, affair.